Spike in popularity for health and fitness, shopping and delivery apps are fuelling increase in global revenue for mobile apps.

Mobile apps appear to be enjoying a surge in consumer spend during the coronavirus pandemic, even if digital marketing adspend has been hit alongside traditional media at this time of crisis.

New findings from mobile attribution analysts AppsFlyer show there has a been a 10% increase in mobile apps' global revenue from consumer spend this week (31 March to 6 April). For four in 10 of the apps surveyed, the increase in revenue is above 20%.

Health and fitness apps’ revenue jumped 24% this week, followed by finance (up 18%), shopping (up 15%) and food delivery (up 10%), as consumers adapt to social distancing by doing more exercise at home, sending money electronically and ordering goods online.

Notably, consumer spend on streaming apps (above) have fallen by 35% last week, having risen significantly since the middle of March when social-distancing measures were initially imposed across Europe and North America. Nevertheless, streaming revenue has more than doubled (up 105%) in the entire six-week perod AppsFlyer surveyed (25 February to 6 April).

Business apps (which comprise video conferenceing, scanners and PDF readers) have also fallen signficantly in the past two weeks (down 45% this week compared with the previous week) as people adjust to working from home. News (below) has seen similar a decline within the past two weeks after an initial surge in spend that peaked in mid-March. 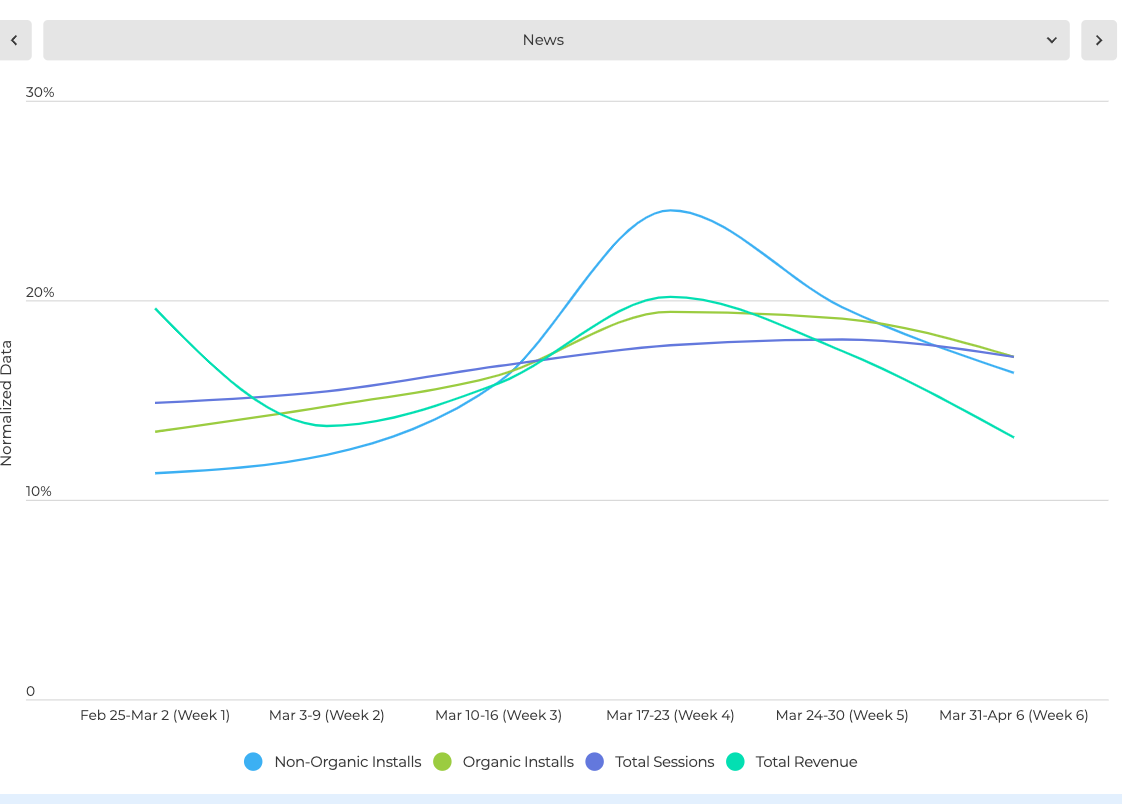 The most precipitous decline in app spend has, understandably, come from travel, which is down 30% in the past six weeks.

In the UK, revenue for education apps have more than tripled in the past two weeks (up 265%), while health and fitness, shopping, and music and photography have seen double-digital revenue gains over the same period.

Is adspend recovery in Asia sign of good news to come in the West?

Radiocentre encourages brands to invest in medium amid lockdown

ITV has outsmarted Channel 4 with its creative sales initiative