Newspaper claims to be first tabloid to run edition especially for IWD.

Coverage in The Sun on Sunday will be dedicated to International Women’s Day this weekend – the first time a tabloid has focused an entire edition on celebrating women, according to the newspaper.

The edition will feature interviews with athletes from the Women’s Sport Trust, as well as inspirational stories from some of Britain’s leading women, with dedicated coverage running on the front page and across news, features and Fabulous magazine.

It was spearheaded by newly appointed editor-in-chief of The Sun, Victoria Newton, and will focus on women’s issues while championing some of the UK’s most inspirational women.

Newton, who is one of only a handful of female newspaper editors, was promoted in February. She was previously editor of The Sun on Sunday and joined the company in 1998.

Press ads developed by an all-female team at its in-house agency, Pulse Creative, will run in The Sun in the run-up to the Sunday edition. 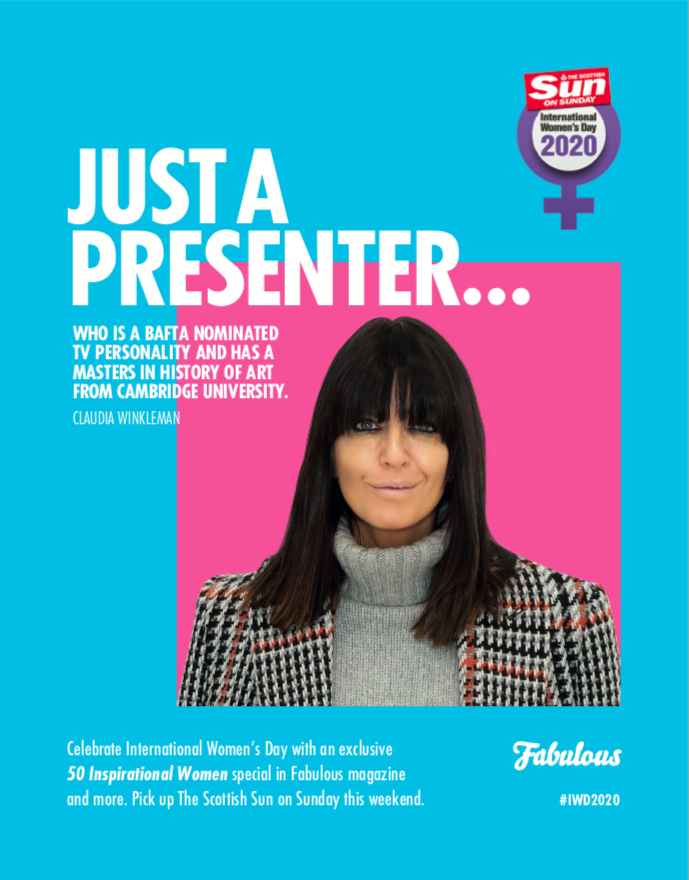 Called "Just a…", the campaign highlights the achievements of famous women who are often overlooked. It was created by Lucy Harrison and Emma Gallagher.

Newton said: "The Sun is Britain’s best-selling newspaper, and this International Women’s Day we’re using that platform to shine a light on women’s issues.

"In our very special edition of The Sun on Sunday, we’re featuring stories from women who are breaking glass ceilings in the traditionally male fields of sport, science and media.

"And we think our readers – particularly the younger ones – will be inspired by their message that all life’s hurdles are surmountable."

AnalogFolk encourages women to 'big up' language with AI app

Is your brand as smart as a seven-year-old?