The fresh sandwich retailer opened its 2,500th store last month in Keynsham, Somerset, and it was the second to adopt the new "Fresh Forward" store design, which features brighter colours, more contemporary decor, and a layout designed to facilitate a better queueing experience.

Subway plans to update eight stores by the end of this year, with all of the rest converted over the next few years. 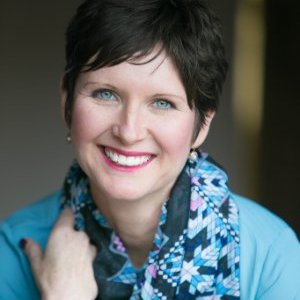 But speaking to Campaign, Sacha Clark (right) acknowledged that the fact it was just getting started meant Subway was playing catch-up with competitors including McDonald’s and Greggs, which have both instituted store upgrade programmes in recent years.

"From a marketing and a brand point of view, I think we’ve been very honest about the fact that this is long overdue," Clark said.

"We’ve been in the market a long time, but given the rate at which our customers have changed in terms of well-being, nutrition, on-the-go food expectations, this is very much bringing the brand up to spec, to what the customers expect to see from us."

Clark joined the business last July, after a period working as a freelance marketing consultant, and said the chance to lead such a large revitalisation is what had most attracted her to the job: "This kind of brand transformation doesn’t happen at this scale very often."

Subway used the opening of the Keynsham store to state that it was on track to hit its target of having 3,000 UK stores by 2020, which Clark called "a reaffirmation of the brand’s ambition."

The new format makes a number of improvements that play into each other, Clark said. "With the new queuing mechanic, customers are feeling less rushed, and feeling like they have more opportunity to explore the menu.

Part of the new design scheme includes new staff uniforms, with more opportunity for staff members to customise their own – something Clark said had had a "tremendous impact" on morale.

As far as the food goes, Clark said Subway was responding to trends by, for example, introducing poached eggs to its breakfast menu earlier this year, and a limited edition BBQ beef burnt ends sandwich filling.

One area it was now looking into was alternatives to carbs, she added – while the handful of stores in hospitals have been developing drinks innovations in order to meet NHS CQUIN (Commissioning for Quality and Innovation) tragets.

"It’s an interesting piece of our franchise model," Clark said – "we have a variety of different store types, and each has its own challenges it has to meet. And the CQUIN sites are fantastic for that direction, because they do stretch our new product development."

In terms of the trickle-down of food trends and habits, Clark said she saw Subway as catering to "the middle or slightly towards the late adopters – there’s a bell curve of innovation, and often times that sweet spot is just before the top of the bell curve, when something's become not quite mainstream."