The rules were simple, but tricky.

One: don’t talk business. Two: have a conversation we have never had before between clients and agency. 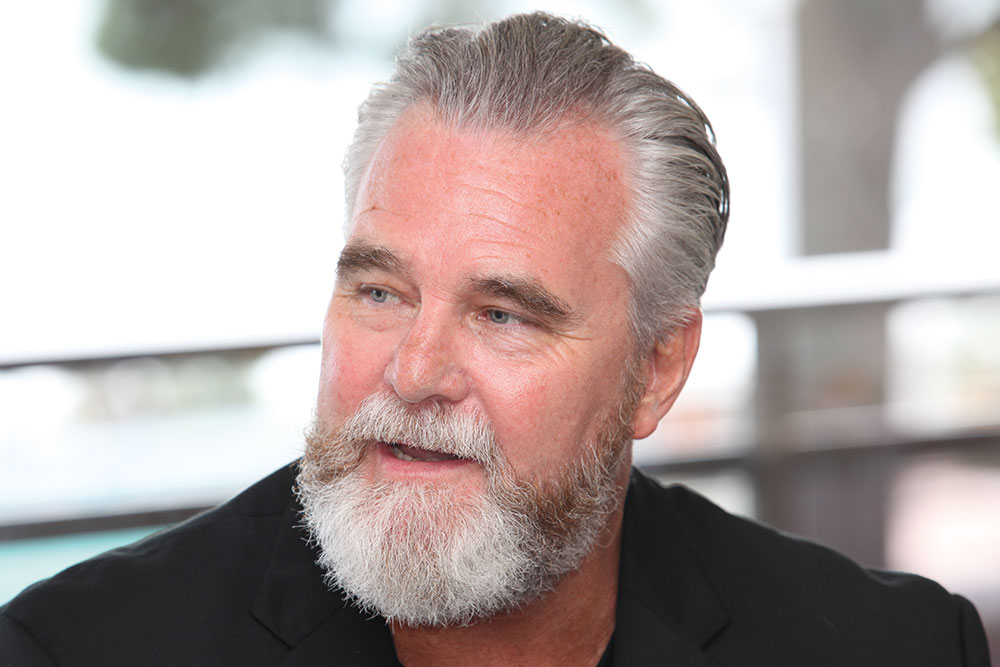 We were in Cannes, so it was no surprise that we were there to talk about creativity. And we had creative heavyweights Dan Trachtenberg, the director of Hollywood film 10 Cloverfield Lane, and artist Alison Jackson in the conversation. But Jeremy Perrott, McCann Health’s global chief creative officer, was about to tear down the constructs of usual discussions on the subject.

The notion of what is creative is so subjective that people don’t really know what they’re asking for when they demand it, he suggested – and often don’t know it when they see it. 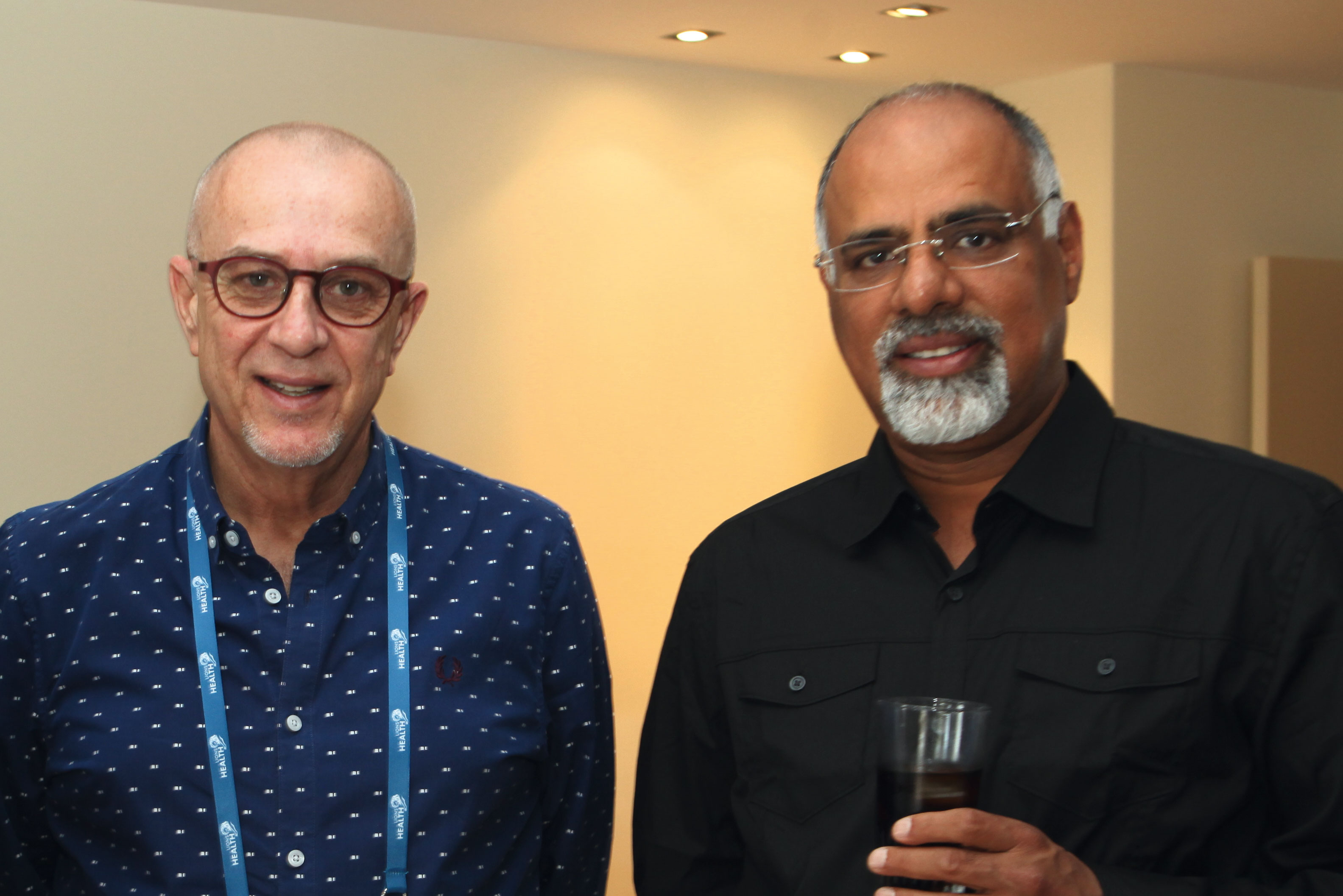 For the marketers in the room – from GlaxoSmithKline, AstraZeneca and MasterCard (now moving into healthcare) – the advertising challenge is multilayered and dense. The messages to communicate are usually highly complex and need to be articulated to very different audiences: doctors and patients. So where, and how, does creativity fit in?

Peter Schweikert, global director, asthma, global product and portfolio strategy at AstraZeneca, pointed out: "The fundamental thing is that we, as an industry, don’t credit doctors and patients with any other life – doctors never go to the movies, never have children, and patients are just patients with diabetes or asthma or whatever. So we communicate to them in a linear, one-dimensional fashion and don’t recognise that they react to communications as human beings."

This failure to connect with the human story rang true – and Trachtenberg’s analysis of movies being about the tracking of emotions as humans transition resonated. More than that, he questioned why advertisers and agencies use the word "creative" when talking about their work. "We never use this word in movies, or in games. It would almost be insulting. It would be like: ‘What do you mean? We’re all being creative.’"

Schweikert then laid out a second challenge to creativity in healthcare: the rules and regulations. That touched a nerve. Everyone in the business of healthcare felt that burden but acknowledged it cannot be allowed to put a brake on creative momentum and output. Indeed, it is work created in this environment that is newly celebrated at Cannes. 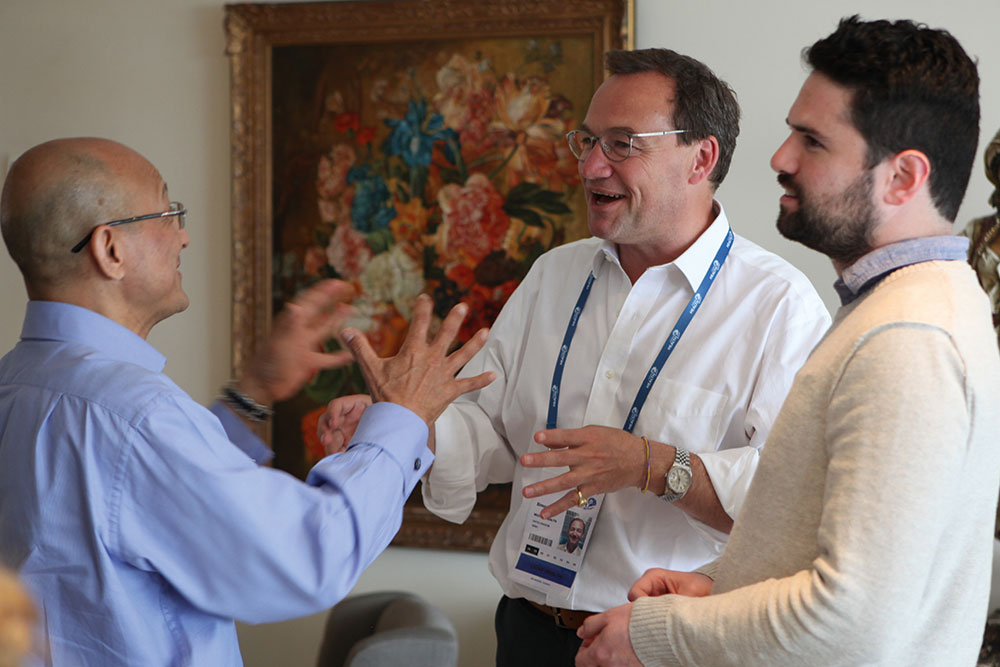 "It’s a dinner for three," said Navin Joshi, head of pricing and access capabilities at GSK. "The patient eats the food. The doctor prescribes, or chooses, the food for them from the menu. But the [insurer] buys the patient’s dinner. You need to understand the dynamic of that triangle, and which part of it you are talking to. In health, being creative is multidimensional. In the US, for example, you can talk directly to the patient [about prescription drugs] but that’s not allowed in the rest of the world. Can we be creative without this straitjacket being removed?"

For Simon Holt, a former healthcare marketer, and now global chief business strategy officer at McCann Health, a major obstacle is risk-aversion from clients keen to further their careers. "There aren’t enough fearless people," he said, citing Jackson as an inspiration. "What you just said is so sad; it’s a disaster," she responded. "Fear paralyses creativity."

Adrian Parr, executive creative director at McCann Health EMEA, crystallised a further fundamental difference between unfettered creative expression and responding to a business brief . "Listening to Alison, who’s at the other end of the spectrum, we have somebody who ‘feels their audience’. There’s no market research – it’s a zeitgeist thing." 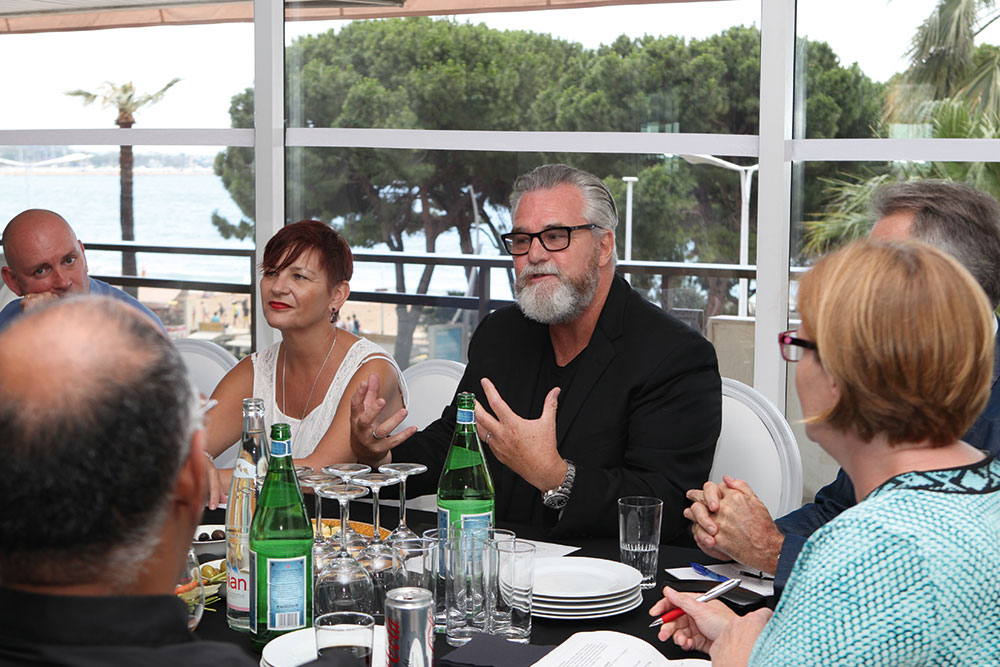 Alongside fear, a lack of conviction can also play its part in shackling freedom of output, Trachtenberg added.

Marketers must also take responsibility, said Raja Rajamannar, chief marketing and communications officer and president, healthcare, at MasterCard."If you give a lousy brief, you have a lousy creative and won’t even know how to evaluate it. I’ve said to creatives: ‘Push the edge!’ Unless marketers are pushing the boundaries, collectively, it will be a sea of sameness and mediocrity."

Perrott wondered why, as an industry, we "shy away from being so brave, when we see the engagement Dan and Alison’s work has with people?" That question was more critical than ever, Rajamannar agreed – people are becoming immune to all the information thrown at them, and attention spans are now shorter than those of goldfish. "They are multiprocessing, so if you don’t hook them in that first three and-a-half seconds, they’re gone." 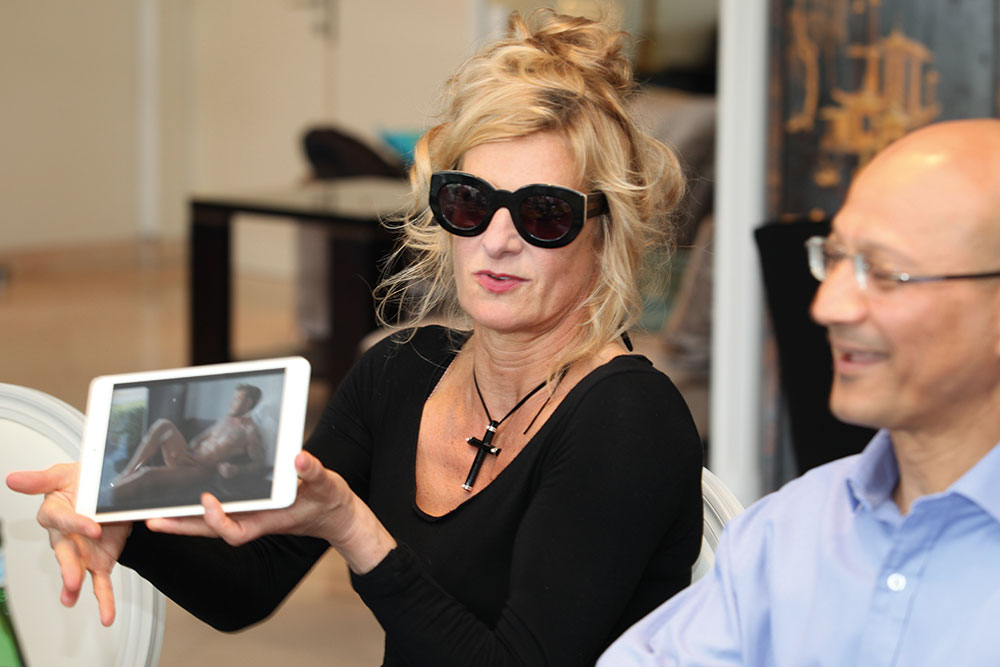 The paucity of creative bravery could, in part, be down to the consequences of getting it wrong, Holt argued. "The stakes seem so high [compared with gaming]. You’ve got this wonderful wind behind you, but there’s someone dragging you back saying: ‘Oh my goodness, this is a human life we’re talking about.’"

The best creatives, Jackson said, "are people that give themselves permission to fail". Similarly, you need clients "to believe that sometimes it’s OK not to hit everything on the head".

June Laffey, executive creative director at McCann Health, Australia and SEA, agreed. "Imagine if we could take the very best, fearless work and show the results, show that it makes a difference." 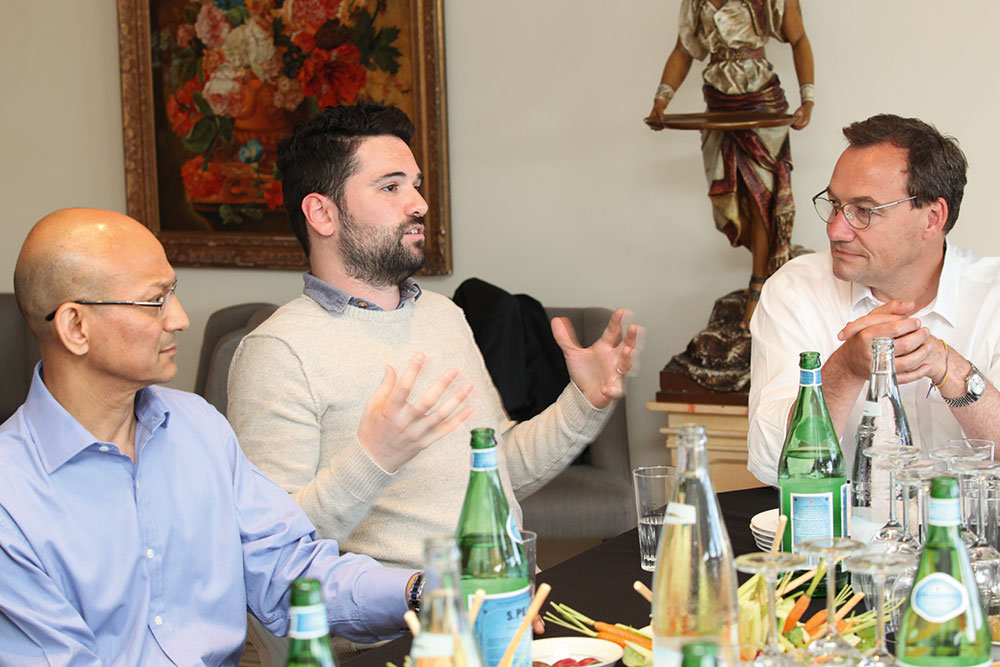 Creative revolutionaries
"Toxic orthodoxies" are at play, which will not be solved with orthodox thinking, McCann Health’s chief marketing officer, Mark Worman, said. "Creativity is the genius that sits behind the conscious mind and makes the connections and revelations that it can’t. We’re not letting that in the room and it’s a systemic problem. We have to be like revolutionaries."

Rajamannar suggested that multilateral partnerships should be the way forward. Joshi said the answer was to identify marketers who "have a dream and a passion for what we do, who want to push the boat out". 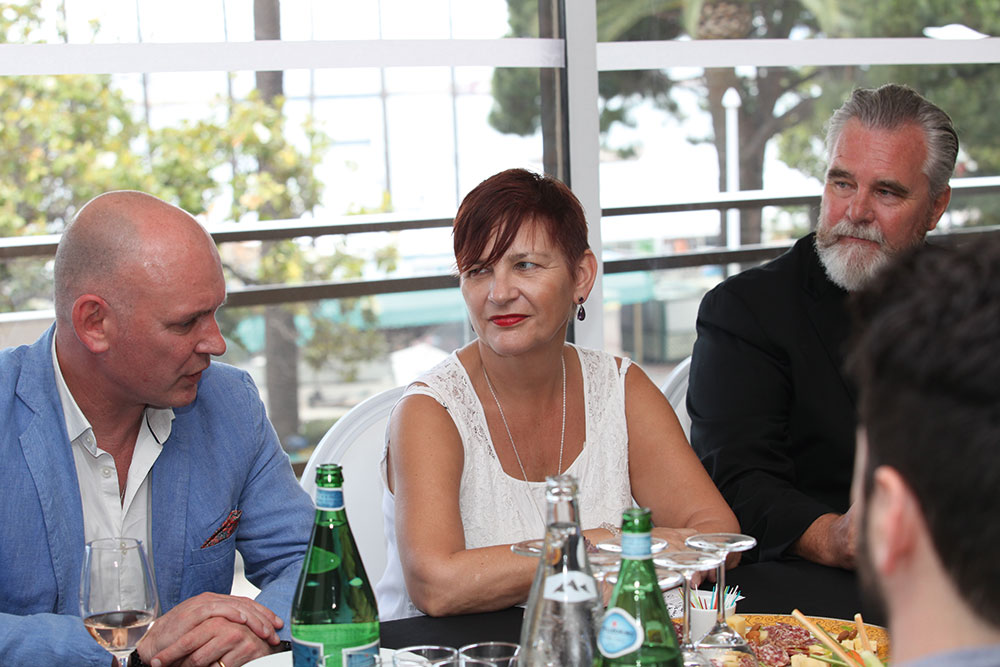 The influence on the discussion of Trachtenberg and Jackson had been to remind us to connect with audiences as emotional beings. "If healthcare isn’t about emotion, what is?" Perrott asked.

Just as important was the engagement with forward-thinking clients. "If we didn’t have the guts to have conversations like this, we’d be conceding to mediocrity," he said. It was by challenging the status quo that the agency found more powerful and engaging expressions of its creativity.

"When you include the client and he’s part of the change, he becomes a voice and the culture shifts," Perrott said. "And when culture shifts, big stuff happens."

Rajamannar spoke for the clients around the table when he said: "We want our agencies to challenge us. That way, we’ll push the edge."

"We communicate to doctors and patients in a linear,one-dimensional fashion and don’t recognise that they react as human beings." - Peter Schweikert, AstraZeneca

"We never use the word ‘creative’ – it would almost be insulting. It would be like: ‘What do you mean? We’re all being creative.’" - Dan Trachtenberg, film director

"Unless marketers are pushing the boundaries, collectively, it will be a sea of sameness and mediocrity." - Raja Rajamannar, Mastercard

"When you include the client and he’s part of the change, he becomes a voice and the culture shifts. And when culture shifts, big stuff happens." - Jeremy Perrott, McCann Health