Brands that want to harness the power of Twitter need to stop focusing on unpredictable events like the Super Bowl and learn to tap into everyday occurrences, according to Chris Moody, Twitter's vice president of data strategy.

Moody was speaking at the Cannes Lions International Festival of Creativity today (22 June). He compared the situation on Twitter to the difficulties of trying harness lightning versus the relative ease of harnessing the sun’s power.

Moody said lightning is unpredictable and releases four petajoules of energy upon the earth everyday, where as the sun, which is constant, provides the earth with ten million petajoules per day.

Similarly, a social media event like the #TheDress – in which a photo of a dress that appeared white and gold to some and blue and black to others went viral – might have provoked 303,000 tweets per hour at its peak, and 4.8 million tweets over a month. Everyday fashion issues get consistently around 67.8 million tweets per month, he said. 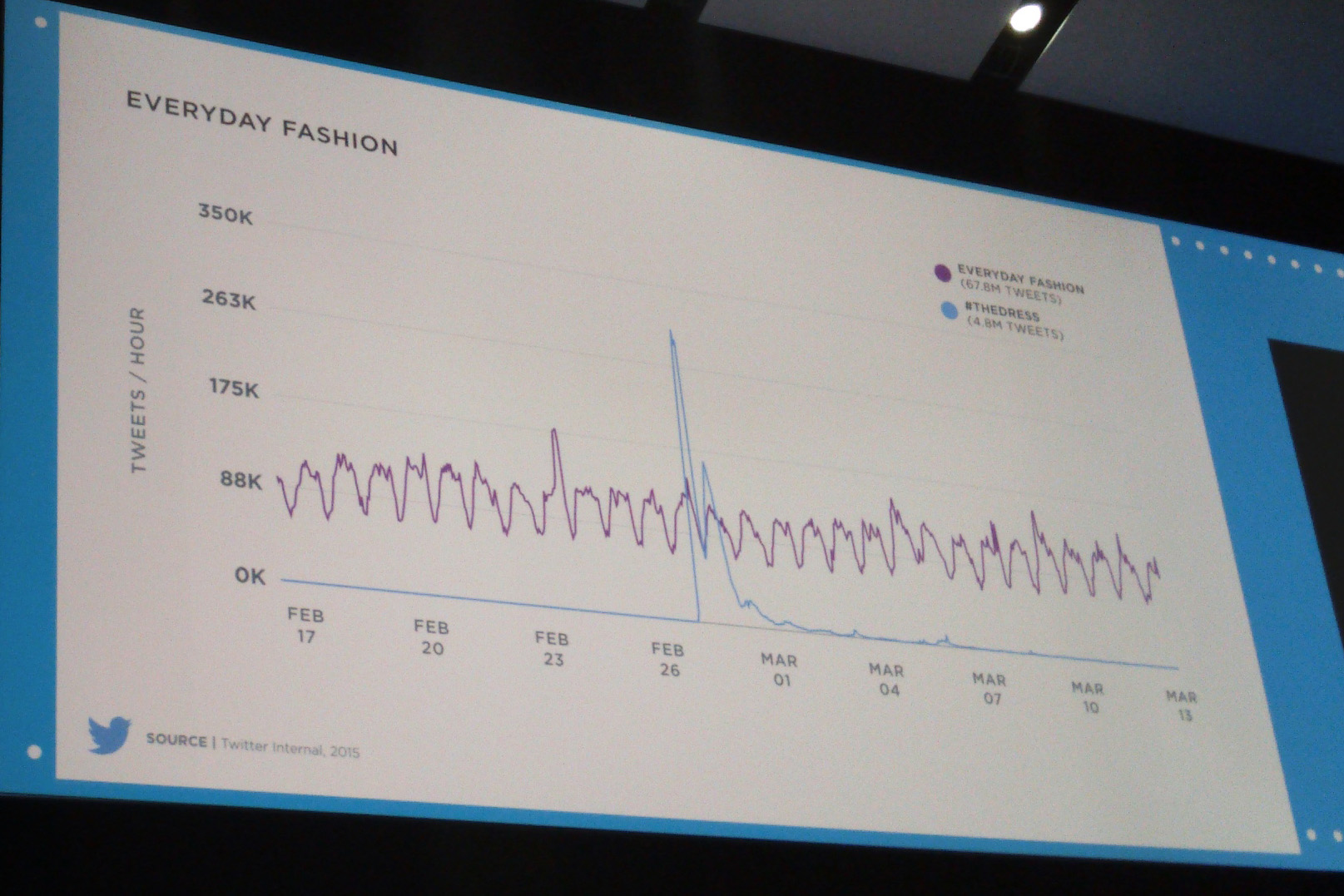 Moody said there were 45 million conversations on Twitter with the top 100 brands every month, but that the overall response rate for brands getting back to people was just 2 per cent.

He continued: "There’s an old saying in business that the best prospect is an existing customer ... as a community, we (advertisers) get infatuated with huge events like the Super Bowl.

"We’re always going to focus on lightning strikes but there’s a lot more energy out there and it’s predictable. Your job is to do the creative work that will get the most response."