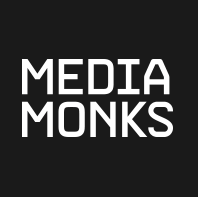 Fifteen years of MediaMonks means we’ve been privy to a few new dawns in digital. From the "year of mobile" that was promised for so long before iPhone finally made it materialize to the ongoing spread of social. Moments in time where technology and natural user behavior sync up and move an industry forward, willingly or not. Progress waits for no man, and certainly not for the well-laid plans of production companies.

VR so far has been different. It’s been the pure potential of progress that has captured the imagination. First of skunkworks Kickstarters, followed quickly by advertising, where the relentless drive to be first means new technology always gets a shot — even if it’s just for the Cannes Case video.

The industry lends itself easily to criticism but has been the catalyst for VR production, and with it the finding of a voice of sorts for the medium. For production companies, it’s been the Alpha and Omega of our craft, combining everything we collectively know, from post and film production, to interactive and game development. None of it quite right, but all part of the artistic alchemy that comes with trying to define and develop a new medium.

Which brings us to now, where we find ourselves balancing precariously on the precipice of VR as a consumer behavior. Or so we hope. We have the technology lined up, from the mass consumer and mass consumed Cardboard and Samsung Gear to the tethered technology of Oculus and HTC Vive.

And it’s no longer left to advertising and brands to carry the content torch, with everyone from Hollywood studios to triple-A game developers entering the fray and releasing some of their most famous and sought-after IP. Even the technology behind the technology is being democratized at a frightening pace, with "roll-your-own" cameras, rigs and production workflows being replaced by out-of-the-box tools and technology. A path to democratization that won’t just put the medium on people’s heads but in their hands at scale sooner rather than later. And their favorite platforms are waiting for them, with Youtube and Facebook being the first to offer 360 support. No bets on what the first VR viral will be (cats will be involved … )

Which brings us to that most important of queries: Now that the technology is here, what is the natural user behavior it’ll sync up with that pushes this out of its niche, and into the homes and on the heads of millions? Games and entertainment are easy extensions. You only have to strap an uninitiated person into a Vive headset and load up Fruit Ninja to see the instant excitement it generates. But the big question here is if VR can progress past being just a different way to consume the same content.

Looking back to the spread of mobile and social, now inseparable institutions, it was always about self-expression. We received tools that allowed us to (literally) compute the world around us, share our experience of it on the go and connect with everyone, everywhere, all the time. And for all the push-back VR gets as something that locks the world out, its true breakthrough will be when it opens it back up. Allowing us to go anywhere, everywhere, always, with anyone. Across virtual worlds and the real one.

Wesley ter Haar is co-founder and COO of MediaMonks.