Fast-evolving technology is transforming the way in which the events industry, brands and visitors alike approach interactive and immersive experiential.

For the launch of its youth brand Voxi, Vodafone used projection mapping, with the brand logo projected onto the Truman Brewery chimney and elsewhere around the venue. Live performances by artists Dua Lipa and One Direction’s Liam Payne were also projected against the walls surrounding the stage.

Simon Boniface, creative director at Freeman XP, the agency was behind the activation, says: "By layering in the branding in this way, it gave the event an effortless yet impressive feel, and Voxi’s presence felt natural against this urban backdrop."

This is just one example of how event technology is being used to immerse consumers in a brand, offering 360° views of the experience.

"The technology used played a central role in the Spirit House experience; without it we wouldn’t have been able to create that hyperreal virtual world of Gorillaz in the same way," Steven Dolcemaschio, director for brand activation at Sonos, says. "It made this dream-like world come alive."

"Touch and gesture technology can even be used to create bespoke content – [people’s] movements and facial expressions can be detected and used to create takeaways such as photos or other mementos," Boniface adds. "The live-streaming of events is also on the rise, and brands are increasingly turning to social to encourage visitors to share their own experiences of the event in real-time."

Brands are drawing on different technologies at various stages of the event cycle; for example, social media influencers might be used to generate interest in the lead-up to or at the event, live-streaming could also be used at the event, and a travelling roadshow with VR elements – where people experience the activity as though they were there – can be effective post-event. 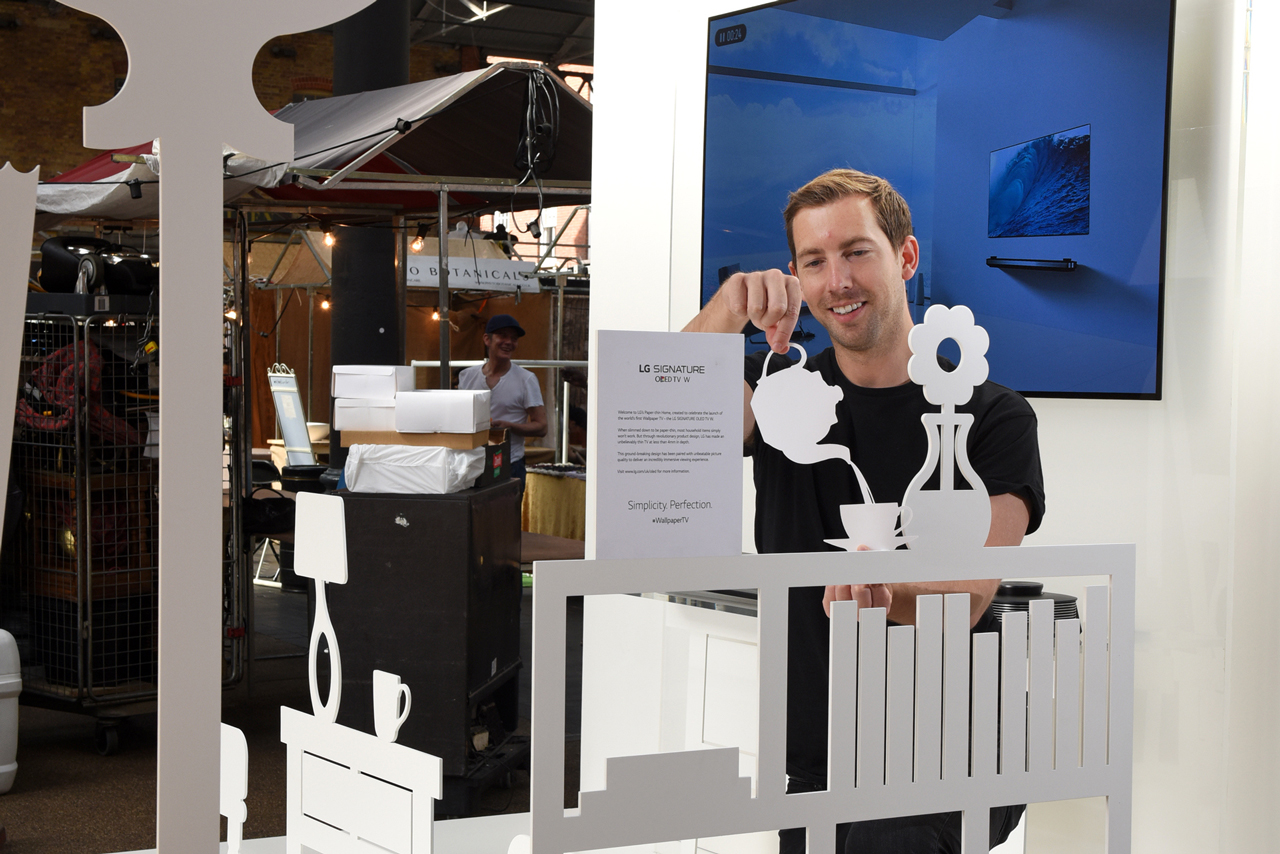 Consumer electronics brand LG worked with social-media/Instagram influencer and paper artist Paperboyo last year to bring its products to life at the unveiling of the world’s first wallpaper-thin TV, the W7 (above). As Carolyn Anderson, head of UK marketing at LG, explains, this allowed the brand to break down confusing terminologies by encouraging consumers to experience its products and try them out first-hand, highlighting how they can directly enhance a person’s life.

"With technology playing a bigger role in events and experiential marketing, we anticipate that brands will increasingly incorporate different technologies to create new and engaging experiences to raise their profile amongst existing and new audiences," she says.

The next big thing

Mixed reality – encompassing the best of VR and AR – is on the rise, according to Mike Kettles, executive creative director at Momentum Worldwide.

"We have yet to fully grasp the long-term implications of mixed reality for brands, which has been restricted so far to expensive devices like HoloLens," he says. "It will offer customers new ways to shop, take gaming into the real world, lead to augmented displays on demand and bring the best of creativity to life."

For brands looking to exploit event technology, Kettles believes the focus has to be on the creativity and experience, not the technology used.

"People want more than just products and services, they need connections to have meaning," he says. "Investing in events should be at the forefront of a brand’s strategy and this also applies to the technology that facilitates deeper connections between brands and their customers."

Jeavon Smith, executive creative director at Amplify, says that consumers are also craving the analogue and the tactile when it comes to experiences. "Brands should break through a tech-first approach and look to tell their story through a combination of mediums," he says.

"The next big thing in live experience will be less around new waves of tech and more about solutions that are capable of meaningfully enhancing the experience design, be that driving the narrative, shaping the user journey or delivering moments that are intrinsically shareable through the platforms and channels that audiences are already using."

Mel Inskip, director of creative technology at Cassette, TRO’s creative tech division, says technology can be at its most effective when it is used to enhance the overall experience – and not necessarily be the whole experience.

Looking to the future, she believes the rise of premium untethered headsets and haptic bodysuits will pave the way for more realistic and effective creative tech experiences – so-called virtual embodiment.

"Multimodal sensory inputs like haptic (touch), olfactory (smell) and motion are becoming more affordable and accessible, which will redefine immersive experiences and the content that drives them," she adds.

Tech with a focus less on the future and more on nostalgia is also a growing trend. Kettles expects to see a rise in nostalgia-driven experiences and associated technology as customers yearn for an escape from adult life. Inskip, meanwhile, believes that series such as Netflix’s Stranger Things have created a generation of 80s fans who want to feel nostalgic, relive moments they never actually experienced and feel like they were a part of a time when technology was in its infancy.

"We may see a return to more traditional forms of technology, or at least a nod to them through nostalgic cues," she says. "We’ve already seen it with the buzz around Nokia’s relaunch of the 3310, the new Game Boy and Nintendo Labo, the cardboard accessories that transform controllers into fun props."

This article is part of a special report on tech in branded experiences to view the full report you need to be a Campaign member. For membership options go to www.campaignlive.co.uk/membership

The future: technology in retail