For creative and digital agencies globally, McCann’s big US wins of Verizon and Chevrolet, along with 50 other wins around the world, put them in top position in January, closely followed by the newly formed WPP entity "Team WBA," leading Boots and Walgreens. IPG agencies Deutsch and R/GA also made it into the top five off the back of a number of wins.

In the US, Venables Bell ranked third behind McCann and Team WBA, off the back of the Chipotle win, with Deutsch and Hakuhodo’s Sid Lee just behind. Wieden and Kennedy’s big wins of Fox Sports and FS1 were offset on losses of ESPN, Verizon and Booking.com. 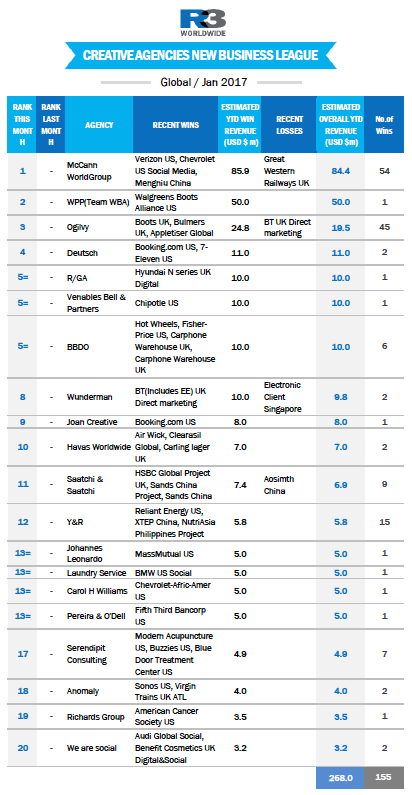 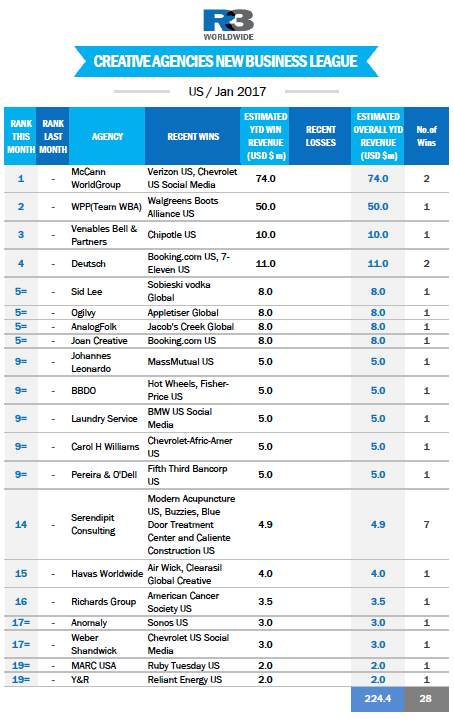 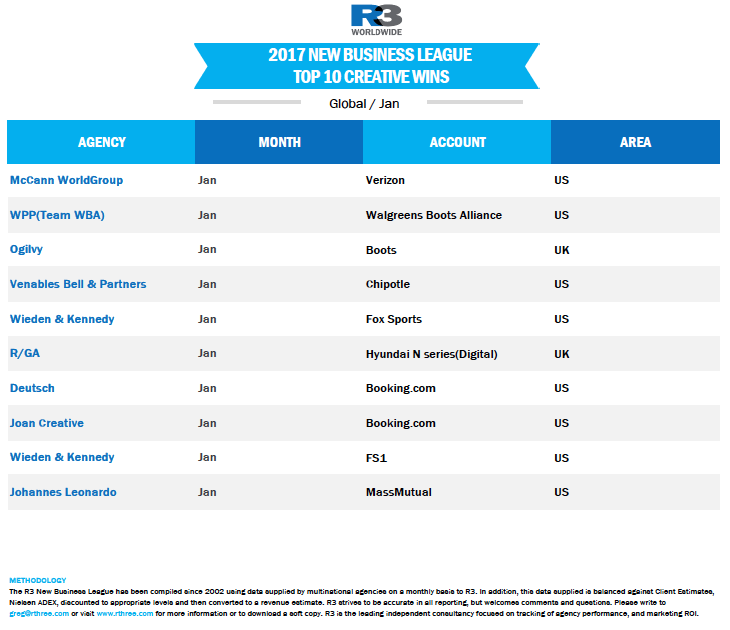 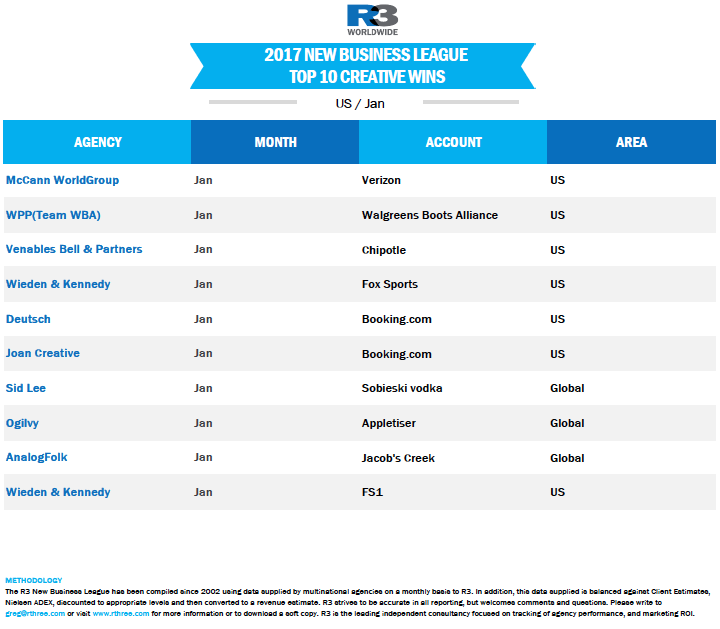