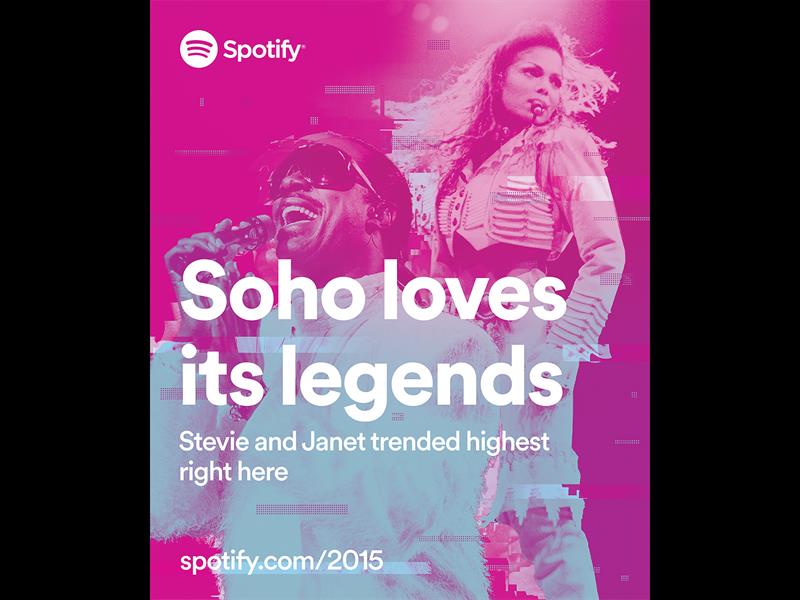 Spotify’s first out-of-home campaign reveals some surprising stats about the music listening habits of neighborhoods in New York. Shockingly, Williamsburg is really into Justin Bieber, Soho is partial to Stevie Wonder and Janet Jackson, and Gowanus apparently has trouble sleeping and prefers Spotify’s "Deep Sleep" playlist. The hand-painted ads, which are also running in Los Angeles, are part of the streaming service’s annual "Year in Music" campaign, which gives a snapshot of what the world’s been listening to this year.

Will YouTube Red put the squeeze on Apple Music?

Founder of blocker for ad-blockers tells media: 'It's war'

What Spotify has learned since launching in Asia

Spotify gives kudos to subscribers for making it through 2020

Spotify gives kudos to subscribers for making it through 2020