Spotify has launched a data-focused campaign celebrating the uniqueness of its 356 million users.

Created in-house by Spotify, “Only you” features genres, songs and artist pairings that are unique to each listener.

The in-app experience also includes an audio birth chart – which features each consumer’s top artist over the past six months (sun), their most emotional artist (moon) and an artist they’ve recently connected with (rising) – as well as three artists they would invite to a dinner party.

“Harry Styles has over 34 million monthly listeners on Spotify, but only you could play Adore You 15 times in a row while cramming for finals,” an ad supporting the experience declares while a hardworking listener stares intensely at people dressed like the former One Direction member.

“‘Only you’ celebrates the uniqueness of each listener through fun stories that highlight the diverse tastes and interests across our global community,” Neal Gorevic, global head of consumer marketing at Spotify, said.

The campaign also celebrates fandoms through data-driven statistics; for example, Doja Cat fans have listened to more than 4,050,732 hours of whale sounds on the app, while Lil Nas X fans have created more than 97,924 playlists with "Montero" in the title. 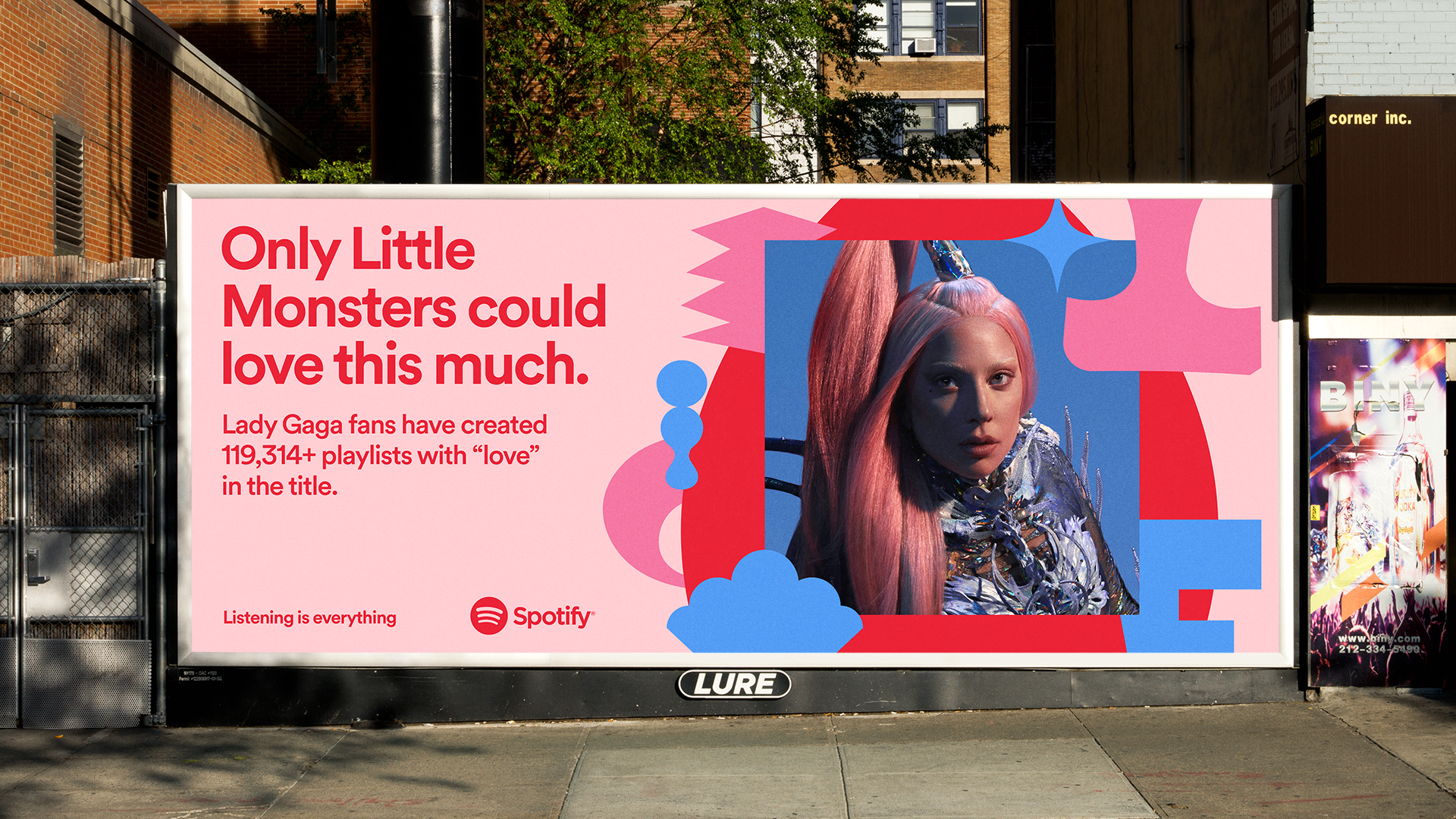 Gorevic continued: “Whether you start your day with an episode of ‘Crime Junkie’ or spend your afternoon blasting 'Rap Caviar’ while replying to emails, how we listen is a reflection of our personalities and who we are.

“No matter how you listen, you have a home on Spotify.”

In February, Spotify announced the launch of Spotify Audience Network – an audio advertising marketplace that enables brands to buy media across ad-supported music and podcasts both on and off the platform – and in December last year the app unveiled its annual “Wrapped” campaign.

Campaign podcast: A moment of reckoning for the ad industry on racial equality