The Soutbank Centre’s in-house team worked with Julie Flavell, director of Joule Events, on the Join In with Southbank Centre zone. Highlights of the activation included a pirate training school, a giant dressing-up box, Bollywood dance lessons and a junk orchestra. 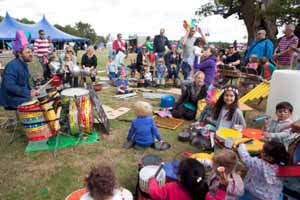 Performer, DJ, presenter and costume designer Boogalu Stu hosted one of two tents each day and searched for wannabe pop stars to create an instant pop video with his Pop Magic team. Participants were invited to assist in the songwriting and recording process, with the finished song being uploaded online.

The City of London Sinfonia orchestra created musical experiences during the festival as a way to introduce young children to classical music, while the Alternative Village Fête by creative production group Home Live Art hosted craft making, fête games and folk dancing with a contemporary twist, with activities including robot relays and den building.

A car boot disco bingo, featuring dance lessons, a party and bingo, was also on offer created out of the boot of a ‘disco’ van, while the Charity Shop DJ’s party tent gave children the opportunity to learn to DJ.

Shan Maclennan, creative director, learning and participation from Southbank Centre, said: "Southbank Centre has a long and varied history of programming interactive, participatory experiences for children and their families.

"By collaborating with Lollibop we are excited to take this programme out on the road to a wider range of children and families and to the beautiful grounds of Hatfield House."

Gareth Cooper, Lollibop’s festival director, added: "Lollibop is well known for hosting some of the biggest names in children’s entertainment, but our new home of Hatfield House has allowed to us to bring even more varied content to the programme. 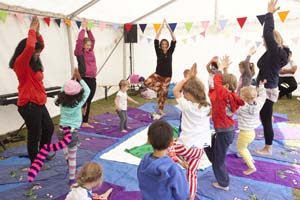 "Working with Southbank Centre was the obvious choice for delivering what is sure to be the most diverse and engaging children’s arts programme at any festival this summer."

Only Beattie takes Huggies on the road

In pictures: Pringles launches 'festival within a festival' at V