Sir Elton John is to replace Mr Bean as the face of Snickers' ongoing "You're not you when you're hungry" campaign in a new hip-hop-themed ad.

Four years have passed since Rowan Atkinson’s hapless character appeared as a 16th century martial arts master in need of a snack (see below); this ad followed in the footsteps of Joan Collins’ abusive locker room footballer.

The latest campaign, "Rap battle" by Abbott Mead Vickers BBDO, takes place at a barbeque in Compton, Los Angeles. As one lyrical combatant finishes his performance, an expectant crowd turns towards his competitor, only to find Elton John in typically flamboyant dress, singing a version of his 1976 hit Don’t Go Breaking My Heart.

After being urged to eat a bar of Snickers by his crew to alleviate his hunger, John is transformed into up-and-coming West Coast rapper Boogie – in real life signed to Eminem's Shady Records – who is able to complete a retort to his hip-hop adversary.

As well as 60-, 30- and 15-second TV spots, the campaign includes social media content to target younger, more mobile-centric audiences, as well as PR activity. The ad coincides with the upcoming launch of Boogie’s debut album, and John’s global farewell tour.

"Rap battle" was written by Neil Clarke with art direction by Jay Phillips, and directed by Andreas Nilsson through production company Biscuit Filmworks. Media planning and buying was by MediaCom.

The campaign launches internationally, including in the US and UK, on Saturday 1 September.

While the "You’re not you" campaign has proved hugely successful for Snickers, the Mars-owned brand was keen to connect with a more youthful audience, according to AMV BBDO creative director Clarke, and hip-hop music provided the perfect opportunity.

"We wanted to appeal to a younger audience, one that spends most of its time online and on Instagram," he said.

The brand considered a number of script ideas around the theme of hip-hop, which Clarke points out enjoys "mass appeal". After discarding the idea of using high-profile rap influencers, given the ubiquity of such content, including HBO TV documentary series The Defiant Ones, thoughts turned to more unlikely collaborations.

After discovering over a cup of tea at Elton John’s house that he takes a keen interest in hip-hop music, and has embraced the genre on his "Rocket Hour" Apple Music Beats 1 Radio show, the brand realised it could create an ad in which music - and not the Rocket man singer - was the star of the show.

"We really fell in love with the idea of meshing these worlds together. It’s not just about Elton John - he’s almost the icing on the cake, albeit a very expensive icing," Clarke joked.

"Elton needed to be out of his world - the butt of the joke. He loved the approach about a Compton rapper off his game. Elton wasn’t on screen for a huge amount of time, and that was also something we were excited by."

And in using a rapper alongside a classic rock ‘n’ roll star, Snickers hopes to achieve a campaign that appeals to both a millennial audience, as well as older consumers. "It’s not just for a younger audience, but mass populist. Hopefully my mum will like it as much as hip-hop fans," Clarke added.

Boogie and his crew were flown over to the UK to shoot the ad at west London’s Black Island Studios amidst the cold and rain in March this year – a far cry from the late summer sunshine of Compton depicted in the ad. Yet the attention to detail on the set allowed director Nilsson to convince the rapper to shoot a music video for his new single De Ja Vu there and then, allowing Snickers to tease the upcoming ad in the days leading up to its launch.

Known for his work on Volvo Trucks "Epic split" and more recently Ovo’s "Get mad", as well as music videos for rap artists including Kanye West and 2Chainz, Nilsson told Campaign he had enjoyed the opportunity to put a fresh spin on a successful campaign.

"It’s a great concept, it has been going on for a while. It’s like blues – you’ve heard the blues, but you can make it in variations. Now we’re doing more of a South-Central blues on this one," he said.

As well as enjoying the collaboration with the British singer, Nilsson said he was especially pleased to be able to devise more "playful" social content, where he believes brands and agencies can feel "a little more free" to be creative.

"Honestly, I feel that rock stars tend to be the most difficult people to work with, in my opinion. That’s my experience. This time around it has been very different, because this guy has been amazing, really giving. He understands the process," Nilsson added. 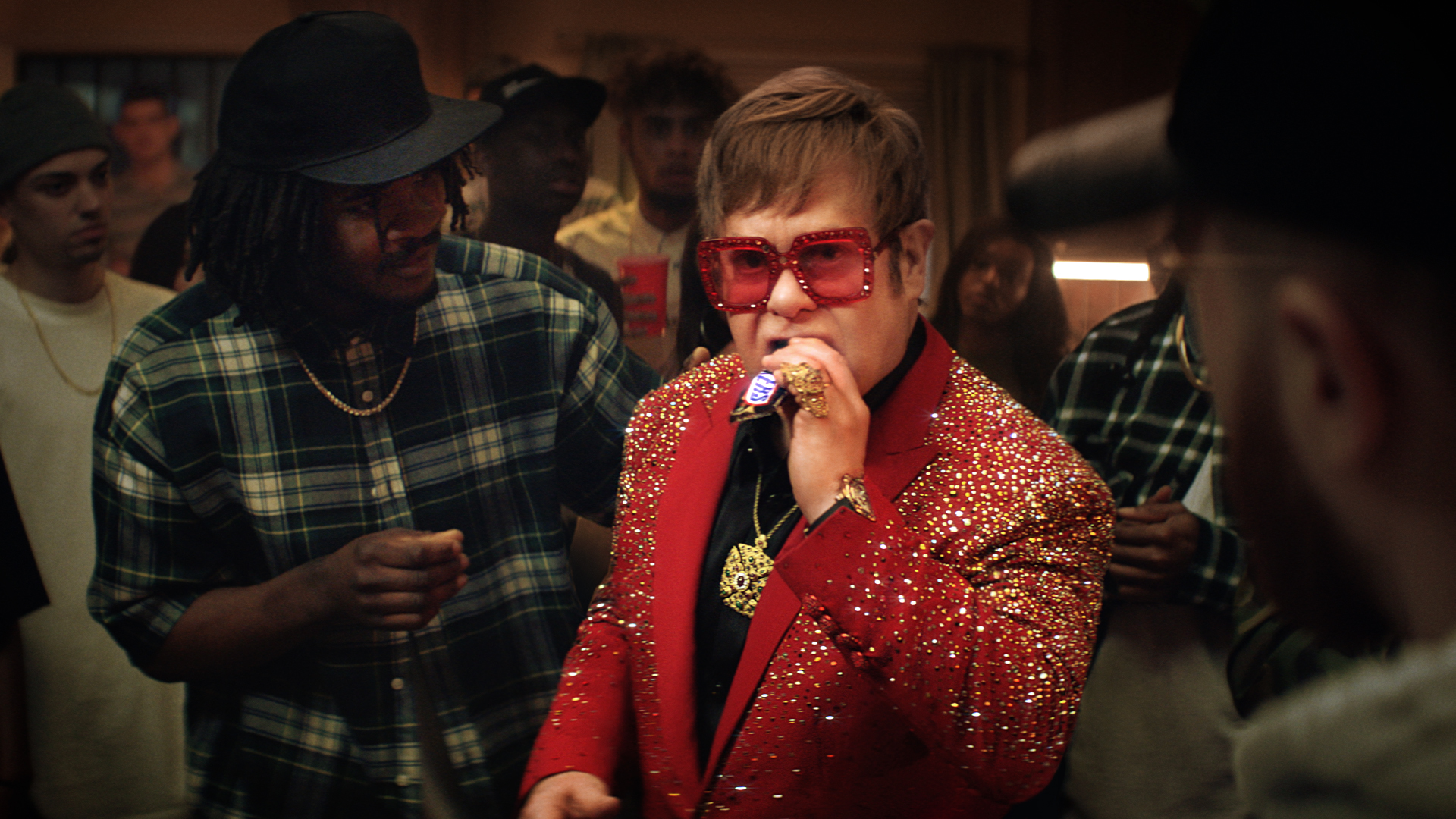 Snickers’ global brand director Dale Green said that, by moving into the music space, the brand has been able to "tap into a new interest area" for its audiences, but acknowledged that "authenticity [was] key" in ensuring it did not upset hip-hop fans.

"We needed to ensure that that spirit came through here because that’s where the greatest opportunity for humour lies – in juxtaposing the well-known celebrities with situations that are unexpected, yet real," Green commented. "For example, it was important that we casted rappers who could act versus actors who could rap."

Citing statistics that three-quarters of Spotify users are younger consumers, Green observed that music could prove a powerful tool in the attempt to make Snickers more relevant for this audience – alongside a more digitally-focused media plan.

"We’re always looking to reach the broadest swathe of the population, but we recognise the growth of the millennial and Gen Z audiences, and the role that music plays in their lives. So by pairing Elton, Billboard’s number-one male artist of all time, with Boogie, an up-and-coming hip-hop artist, we can connect our audiences over a shared love of music with one execution," Green said.

"But it’s not just about the TV ad – we’ve created an entire social campaign that will run in mobile-first contexts, to ensure that the story can be seen by many of our younger audiences who are watching less TV."