And how brands are making it work for them... 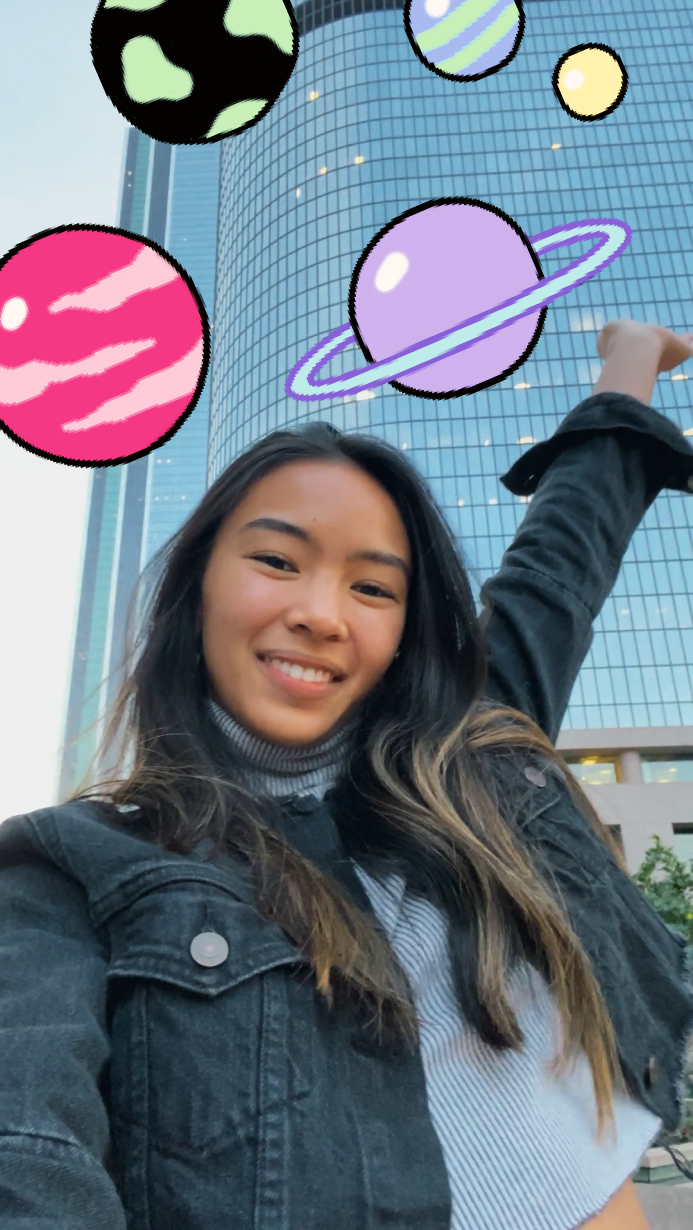 Snapchat is changing the way brands communicate with users, who themselves are demanding something different from brands.

By opening to the camera, Snapchat provides a unique, personal and individual experience for users. It’s a place to hang out, to watch curated, premium content, to play with AR such as filters and lenses ­- and, more recently, to buy.

But what really sets Snapchat apart from other platforms and - and makes it so compelling for brands - is its pioneering AR capabilities. Especially during the era of global pandemic when people are less able to try on potential purchases but still want to get a sense of how make-up or a pair of trainers might look on them.

Using AR to shape the UX
Forward-thinking brands are getting involved. And “it makes sense,” says We Are Social’s executive creative director Gareth Leeding, “when over 180 million people are engaging with AR on Snap every day”.

We Are Social worked with Lego to create a Snap Store, where shoppers could buy Legowear in a fully virtual pop-up, accessed via an AR lens.

He cites other brands. “Ralph Lauren moved first in the Bitmoji space with a custom collection launch. Burberry partnered with Snapchat to create a pop-up AR game experience. Gucci delivered the first try-before-you-buy AR lens that tracks your feet. [Several years ago] Gatorade even let you dunk yourself at the same time as the Super Bowl winners.”

For TSB Bank’s chief marketing officer Pete Markey, AR’s USP is that “dwell time with the lens is significantly higher than most other ad formats in the social world”.

“It means a user is spending nearly 30 seconds at a time engaging with your brand in a fun and innovative way,” he says. “They have come quite far in the past few years, firstly due to lower costs but also where they now have shoppable features meaning that a brand is even more upfront and centric.”

For O2, “AR is a great shortcut to igniting joy and playfulness with a brand, as well as attention, which is very difficult to find nowadays”, says the telco’s digital lead, brand and marcomms Kristian Lorenzon.

This is particularly the case for younger audiences, who Lorenzon says are “shying away from traditional ads and even particular formats and apps.

“AR Lenses have given brands like O2 a mechanic to drive an emotional connection, which matters a lot, particularly when you’re competing in highly competitive industries and media.

“AR puts the power into customers’ hands and puts them in control of the experience. It makes users feel more positive about the AR content, and makes them more likely to explore the ad’s AR experience. The more time spent with your brand, usually the higher your ROI. AR is a fun, memorable, and accessible way to merge a brand into customers’ lives to lift engagement and memorability.”

“With the impact of Covid-19, we are seeing a huge rise in brands fast-tracking their AR strategy,” she says. “It makes sense for a brand to leverage a platform such as Snapchat instead of trying to build their own app or struggle with web-based AR experiences that don’t have the same level of engagement or quality.

“More importantly, when working with brands who want to target Gen Z, Snapchat is the perfect platform and, with its existing AR and new e-commerce solutions, it’s the smart business choice.”

A camera company
Another defining feature of Snapchat that shapes the way its users communicate - and buy - is that it is built around the camera and self expression, which is completely different to social media. O2’s Lorenzon is clear: “Snapchat is pioneering the use of the camera, making AR and gaming accessible to all.

“The simple fact that the camera launches when you open the app shows that Snap really wants users to play and create with the camera first and foremost,” he says. “This attracts a more creative type, people that like to invent and share their experiences with others.”

Leeding agrees, adding that Snapchat “is not turning your feed into a game of ‘likes’ and views that they can monetise like many other platforms.

“Snap puts experience front and centre, seeing the camera as a way to discover a new world,” he says. “It’s not focused on getting you to post on your feed but actively trying to encourage you to play, to have fun on social.”

That could be via a lens that changes users’ perspective on the world, a Bitmoji that enables them to define who they are, with one of its shared experience spaces like Cameos and Minis, or in its Map functionality that provides a window  to see what is going on in  the world. “All of these things,” Leeding says, “are trying to take something expected and turn them into the unexpected.”

Intimacy and informality
As a digital platform, Snapchat is something of an outlier. Like many of its rivals, it enjoys massive reach and scale, reporting 249 million daily active users in the third quarter of 2020, up from 229 million in quarter two. But it has managed to “keep a feeling of intimacy that other platforms have lost”, points out Joanna Dann, strategy partner at Who Wot Why.

There are numerous reasons for this, not least the default ephemerality of user messages which are set to disappear once two Snapchatters have both opened and left the chat.

“The lack of a lasting footprint encourages users to contribute more often, creating a much more active base than many competitor platforms,” Dann says. “And the vertical format feels like the natural and informal way we live chat.” For users, that informality creates a personal and intimate space.

Marketers who tap into that intimate and informal spirit “can achieve real advocacy from users, whether that’s through first-to-know offers or immersive experiences,” she adds.

Brands at the vanguard
Brands will be very aware of Snapchat and its popularity; but the things that characterise its users (beyond age) and what they will accept - or even embrace - from brands, may be less well known.

Advertisers which have performed strongly on the platform have done so because they’ve understood the slogan that defines its users. According to Gen Z Snapchatters, “Be yourself” are the two words that describe them best.

Fashion and retail brands in particular have demonstrated that Snapchat can be effective at reaching younger audiences but also driving brand loyalty and sales, he says. “The front runners tend to be brave, bold and playful. Take the O2 “Follow the Rabbit” lens, which let Snapchatters follow the rabbit through an AR world lens.”

Steering clear of pitfalls
So how should marketer approach a first foray on to Snapchat, whether in video or AR?

The most obvious pitfall is to avoid simply plastering re-cut versions of TV ads onto the platform.

Adz Stone, chief creative officer at youth consultancy KidsKnowBest and author of books including Unbrandable: How to succeed in the new brand space, says “make it native” and stop leaving social and digital as an afterthought.

What works best? “Anything that lets the user know that this is a custom ad for the social channel they are on,” he says. “You wouldn't put a banner ad on TV, so don't put a TVC on a social platform. Anything that references that the brand knows what they are doing when it comes to the new forms of communicating.”

Stand up to be heard
To Stone’s point: Snapchat ads live in vertical. In Snapchat research, 75% of its users said vertical is more personal and immersive.

“Snapchat is a full screen experience, so if an ad wasn’t vertical it would look disruptive in the wrong way,” says TSB Bank’s Markey.  “Having vertical formats ensures that the brand has the user’s entire attention for those few seconds and results in less distraction and far stronger VTR and swipe-up rates as they are more likely to take the message away.”

From advertising to purchase – the full-funnel future
Calvin Lyon, strategist at Publicis•Poke, envisages a future in which Snapchat will increasingly give brands a route to market, from promotion to purchase.

More and more, “younger users want a seamless end-to-end digital experience. It’s one of the reasons WeChat now dominates China - an understanding that a one-stop-shop is a killer idea,” he says.

“Snapchat has a huge opportunity to move its model in this direction - from topical to transactional. Snap’s new mini app-distribution platform is a massive step in the right direction to becoming a legitimate ecomm force.”

O2’s Lorenzon agrees. “Snapchat has made a lot of progress in the past 18 months around its ad offering,” he says.

“Its product suite goes beyond brand and reach to offer brands access to dynamic creative and – more recently – shoppable ads. Snapchat is poised to be frontrunner in the battle to lead in social commerce.

Snap Inc. is a camera company. We believe that reinventing the camera represents our greatest opportunity to improve the way people live and communicate. Find out more about advertising opportunities on Snap here >>>

Let's reclaim disruption as a positive force: eight lessons from CEOs and founders