The broadcasters, which share Premier League rights, are finding fresh ways to retain existing customers and attract new ones as they battle to become the dominant football voice on TV.

Sky Sports head of football Gary Hughes might be justified when he describes the forthcoming Premier League season, which begins on 13 August, as "our biggest ever".

The stakes are high as Sky, Britain’s biggest advertiser, and arch-rival BT, the third-biggest, are preparing a marketing blitz for the start of the season – a crucial time to win TV customers.

As the costs increase, so do the risks – which explains why Sky has opted to play it safe by recruiting David Beckham to star in its start-of-the-season ad, which debuts on Friday (22 July). Called "The seasoned runner", the film shows Beckham on a training run, passing through streets, playing fields and pubs as he follows a live game.

BT is expected to unveil its plans for the new season in early August but is less dependent than Sky on domestic football because of its exclusive Champions League rights.

However, the best ad for the Premier League was arguably last season’s triumph by 5,000-1 outsiders Leicester City. It proved that "anything can happen", as Hughes puts it, since just five clubs had won the title since the launch of the Premier League in 1992. So what can fans and advertisers look forward to this season? 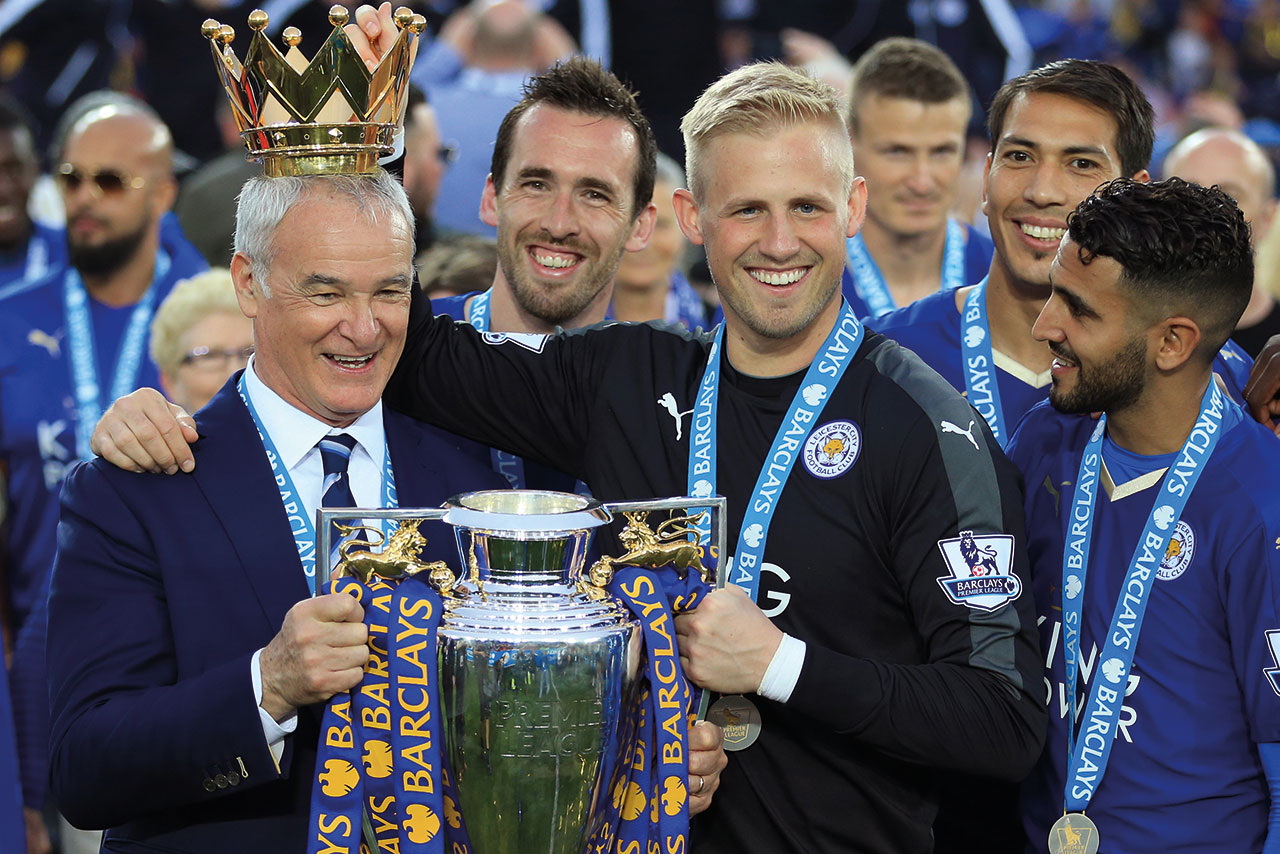 Premier League chiefs drove up the bidding by increasing the number of live games to 168 from 154 in the previous three-year deal. Sky has more "first picks" and Hughes describes the different tone of its coverage on each day as "the four Es" – "entertaining" on Friday nights, "expectant" on Saturday lunchtimes, "established" on Sunday afternoons and "educational" on Monday evenings, which are known for their Royal Television Society Award-winning analysis. BT has Saturday and Wednesday evening games.

BT led the way this month by offering EE customers free access to live matches on mobile for six months. Sky will retaliate by launching its own mobile network imminently. Investment bank Macquarie reckons it "could be the single most important competitive event of the decade" for the UK telecoms market. But BT’s purchase of EE looks like the game-changer as it forced Sky to act.

Sky has won short-form video-clip rights for all 380 Premier League games a season online and on mobile in a joint deal with News UK. It means Sky can show "in-match" clips as the game is happening, as well as highlights. Yahoo, ESPN and News UK struggled to make short-form rights work in the past, but Sky has both TV journalism expertise and scale, with more than 30 million monthly users of its sites and free apps such as Live Football Score Centre. Sky and the Premier League are working with social networks to curb illegal clips.

Better use of tech

Sky wants greater access to players at a time when fans have direct contact with stars through social media. Expect to see Facebook Live streams from the touchline and stadium tunnel. Sky also plans more virtual reality on screen – for example, to analyse a team’s formation in 3D. BT launched 4D, or ultra-high-definition, coverage last year and Sky is following this season.

Part of the rationale for investing in technology and online activity is to persuade customers to upgrade. "We use the data we collect to help support marketing and make our targeting more efficient," Dave Gibbs, head of digital for Sky Sports and Sky News, says. "Our job is to make sure we provide the best experience so they don’t go anywhere else."

Ultimately, Sky and BT must keep improving their output to head off the threat of piracy and new streaming services that could bid for the TV rights next time.

The 30-second TV spot is not dead. When it comes to Premier League football, the ad market is booming because of unprecedented demand from bookmakers such as Paddy Power Betfair and Bet365.

Football is now bigger business for the bookies than horse-racing and experts say TV ad revenues from gambling have soared from about £10m in 2007 to nearly £250m following deregulation.

Car, alcohol and finance brands have always been keen on live sport. The big change has been the rise of "in-game" betting as fans place online bets in real time on an array of outcomes – first goal-scorer, time of first goal, final score, number of corners and so on.

For the bookmakers, advertising during matches has become essential, particularly now that it is possible to show live odds.

Advertisers buy on a match-by-match basis but big spenders book the best spots in bulk – sometimes in annual or multi-year deals – and on an auction basis. The price of the best spots has roughly trebled in three years, helped by the fact that ad minutage is restricted, and only one brand per category can appear in a break.

An ad in a Premier League game can be more expensive than one during ITV’s Britain’s Got Talent on a per-eyeball basis, although the ultimate price of BGT is higher because it will have a bigger audience. "From a pricing perspective, the Premier League is right up there with the most expensive events we show," John Litster, managing director of sales at Sky Media, says.

Pedro Avery, global chief executive of Havas Sports & Entertainment, says: "There’s huge demand and limited supply. There’s just not enough live sport on TV for the bookmakers." Another agency boss who works with a bookmaker says: "It’s an arms race. If you miss out in the auction, you can be locked out of prime spots around key games."

Litster insists: "Because we have a constant supply of highly demanded sports audience, we never get to the stage where the inflation is so outrageous that people tend not to spend."

Broadcasters get additional benefits from the soaring price of airtime. First, it can boost other non-sporting programmes as it pushes up the cost of reaching young males across the schedule. Second, it gives Sky, Channel 4 (which handles BT Sport ad sales) and ITV flexibility for deal-making. If they sell some airtime far above the average station price, they can hypothetically sell other spots at a discount to win another advertiser or settle a trading debt. This canny way for a media owner to shift money around is known as "deal away".

The increase in ad revenue has helped to underwrite the rising cost of TV rights. "We’ll have revenue growth from the Premier League year on year and deal on deal," Litster says of the forthcoming season. The ad money was "material", he admits, when the broadcaster was deciding how much it could afford to pay for the rights.

Litster says Sky’s relationship with the Premier League since its inception and the three-year TV deals give certainty to brands, which can "shape their marketing plans accordingly". Ford sponsored Sky’s coverage for 24 years before Nissan and Bet365 took over for this upcoming season. BT also looks more committed than Setanta and ESPN, which failed to stay the course, and its audiences rose 56% last year from a low base.

More dynamic, personalised ads are the future. Sky can already show different spots on the linear TV feed to subscribers’ homes, the feed to pubs and clubs, and the feed on its online service, Sky Go. "A Spurs v Arsenal game break set-up can be quite different" on each of those platforms, Litster points out.

Sky Go should start serving ads dynamically – potentially on a live or addressable basis – during the coming season. Fans could also get extra video content about their favourite club in future, opening up deeper ad opportunities.

Sky and BT kick off ad battle for football viewers

The strategy behind EE's first marketing tie-up with BT

Openreach must be 'distinct' company within BT, says watchdog