It’s fair to say that none of the 150 people from brands and agencies who attended the inaugural Campaign Underground knew quite what to expect – but they certainly weren’t expecting what they got. 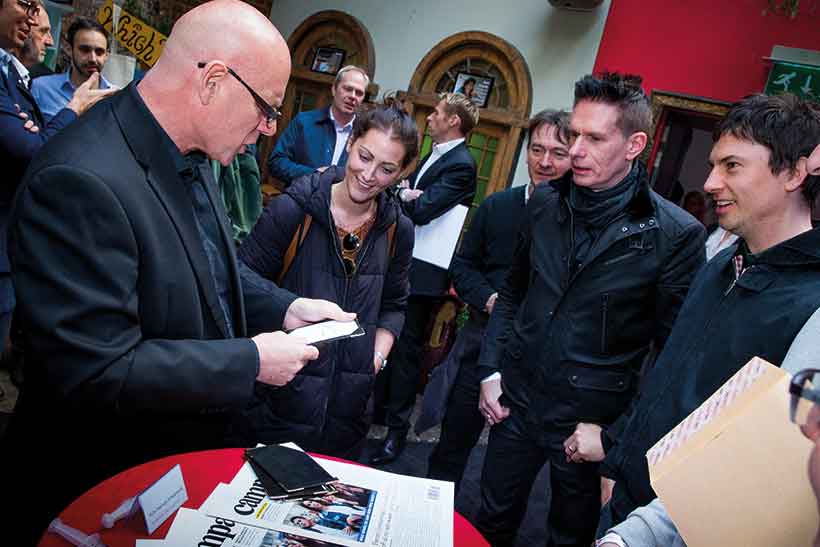 Entering the Islington Metal Works in a cloud of dry ice, they were treated to a carnival of wonders; foods that weren’t quite what they seemed, mentalists, perception-shifting pills and edible fragrances. All that was just an appetiser for the main event, though: Applied Captivation, an exploration of the tools and techniques of behavioural science, rooted in provoking stories and practical examples.

Together with event sponsor Total Media, the behavioural planning agency, Campaign explored how to tame 30 million commuters a day, how negative emotions drive human behaviour and how the brain and the body are often at odds with each other. Here’s what we learned...

1. Mark Earls, The HERDmeister
Everything we think we know is wrong 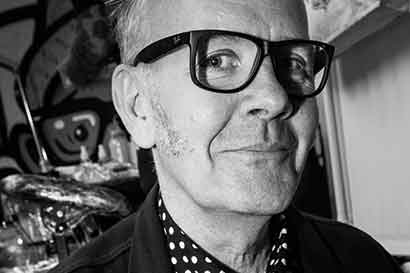 The explosion of behavioural cognitive science in the past 15 years has fundamentally changed our understanding of human behaviour, according to Mark Earls, also known as The HERDmeister. It’s also highlighted the uncomfortable fact that much of what the comms industry thinks about human behaviour is "wildly out of touch with the reality."

Humans don’t think nearly as much as we think we do – yet advertisers and marketers have been engaged in trying to change people’s behaviour by changing the way they think. That, said Earls, is incorrect. "Any marketer who wants to make people think hard about something is working against the grain" – although there was plenty to think about in Earls’ talk. 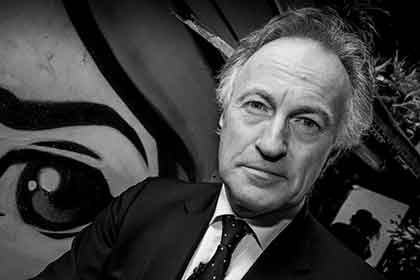 Transport for London (TfL) has to marshal 30 million commuters a day. In the process, it has developed a deep under-standing of the psychology of crowds.

"We live in a world of big ideas," said Chris Macleod, marketing director at TfL.

But instead of looking for the "transformative concept", what TfL has learned is that "behavioural change is focused around decision engineering – very small things that can make a huge difference." For example, painting footprints on the right-hand side of Tube escalators to encourage people to stand there.

The "mother of all behavioural-change campaigns", according to Macleod, was TfL’s London 2012 campaign encouraging people to "get ahead of the Games". Instead of using an authoritative voice to order people to change their behaviour during the Olympics, the campaign played on people’s desire to "get one over" on the Games to drive behavioural change. 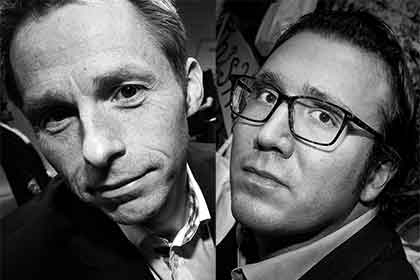 "Printers aren’t sexy," said Mike Dando, advertising and promotions EMEA manager at printer manufacturer Epson. So how do you encourage business users to switch from laser to inkjet? By identifying the behaviours of potential consumers and working out where to target messages – using insights from behavioural planning agency Total Media.

To persuade buyers that inkjets were more environmentally friendly and energy-efficient than laser printers, the agency played on cognitive dissonance. "It’s the sense of psychological discomfort when we have two opposing views – like protecting the environment, but doing a lot of printing," Laranjo said.

Although B2B buyers claim they’re interested only in laser printers, Total Media discovered a substantial persuadable audience among small and medium-sized companies. They also discovered that only seven per cent of small companies have a formal buying procedure – and the entire process was complete in three hours, leaving a very small window in which to reach buyers.

The solution was targeted, simple content; large-scale infographics and advice-led pieces that played on the theme of "make the switch" to encourage buyers to think of Epson’s inkjets as an environmentally friendly, responsible alternative. "If you get the right piece of content to the right person, it’s not an ad anymore," Dando said. 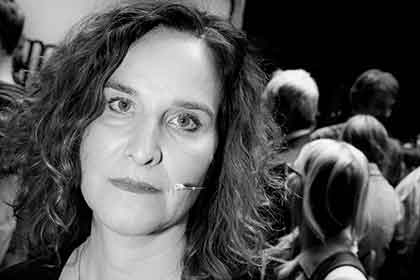 "Advertisers like to hang out with joy," said Dr Helen Edwards. But although marketers want to create positive feelings in consumers, five of the seven universal human emotions are negative. Since negative emotions – fear, sadness, disgust, anger and contempt – drive more of our actions than we think they do, marketers should learn to respect the negative self.

After all, to get people to a positive mental space, we have to get past the "Praetorian Guard of negativity". Some brands are already experts at playing on negative emotions.

"Virgin has built its business on understanding negative feelings," Edwards said. "It targets complacent categories such as financial services, pensions and train travel, vowing to put right the things that people hate about those categories."

Boehringer Ingelheim shook up the cough-medicine category by recognising the barrier to purchase is fear of wrongly identifying symptoms and buying the wrong product. It launched an app that uses voice-recognition software to help identify the type of cough someone has, alleviating consumers’ fears.

"We need to work harder to recognise the negative nuances that drive behaviour and stop us making the case for surprise and delight," Edwards said.

5. Thomas Thomaidis, Ocado
Suggest what the body should do, not what the brain recommends 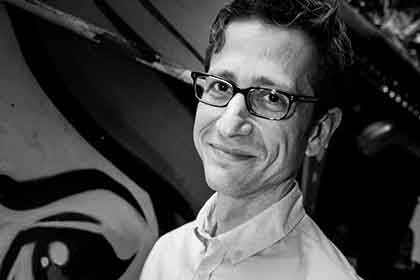 Grocery shopping is one of the least-penetrated verticals in the online marketplace – but asking consumers themselves why they prefer to shop in the supermarket is misleading, according to Thomas Thomaidis, head of marketing and insight for grocery at Ocado.

Once again, people’s claimed behaviour and attitudes differ from their actions; people claim they like to handle products, but that only applies to a fraction of goods. In fact, one of the biggest barriers is decision-making – the average household shop consists of 35 items, and that means making hundreds of small, inconsequential decisions about products, for a relatively small reward.

To overcome the cost of decision-making, brands can increase the incentive to make a decision at key points when the customer relationship might improve – for example, offering a discount for downloading an app. Ocado uses algorithms to curate the products shown to customers.

"My vanity suggests that I should be shown an unlimited choice of the items Ocado sells, but in fact I only buy a thousand of them," Thomaidis pointed out. "A physical store can’t reconfigure itself to show the products that are relevant to me."

Ocado has also made more relevant contextual information available to consumers, by offering them the choice of healthier alternative products – and it has employed gamification to increase the pleasure of decision-making, by offering health-insurance discounts based on the number of healthy products in shoppers’ baskets. 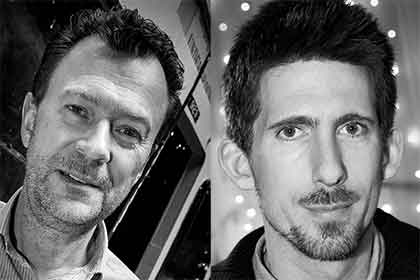 Shopping does not come naturally to us; the brain has never evolved a brand module. That means that we are using principles and brain regions that have been around for millennia to make our shopping decisions.

According to Phil Barden, author of Decoded and managing director of Decode Marketing, our perception of value is determined by a simple equation: reward minus pain, where pain is defined by the time and effort and inconvenience involved in acquiring the reward.

Achieving goals is rewarding for the brain – but reward and pain are influenced by context. An orange has more value to a dieter than a doughnut, but if that dieter is in a car, they have to deal with the effort of peeling the orange.

We scan our surroundings in a split-second – so brands have to trigger associations with the task the consumer is trying to accomplish, Martin Bryant, senior consumer insights manager at KFC, said.

A low-fat crisp maker might think that an image of a person jogging matches their brand values – but in testing, they discovered that an image of people sharing a packet of crisps scored more highly. That’s because the context in which you eat snacks is more closely associated with sociability.

Context affects slogans, too. According to Bryant, KFC’s famous "finger lickin’ good" slogan has "transcended its literal meaning – it has become a code for taste, quality or playfulness." Tested against an image of someone licking their fingers, the image triggered feelings of guilt.

Campaign Underground to delve into emotional response to brands