From stretchy pants to movie-star deliveries, these brands know how to celebrate.

In keeping with our increasingly frantic economy’s tradition of starting gift-giving holiday promotions before the turkey’s even slaughtered, brands are already releasing spots full of snow, crackling fires, and indoor pines laden with presents. But Christmas is more than a month away (Festivus, too). Same with Chanukah, Kwanzaa, and every other winter holiday where people need to be convinced to buy things to give to their loved ones and/or random coworkers.

But here at Campaign US, we believe in chronological observation of the season: Thanksgiving hasn’t happened yet, QED it is not yet The Holidays, and thus not yet time for Holiday Ads. So, in recognition of advertisers who agree with the objectively true passage of time, here are the best ways brands are celebrating the season in temporally-correct fashion.

"Holiday Hosting" for IKEA by Wavemaker

To prep the sorts of people who buy a lot of furniture from IKEA (college students, young couples, frazzled parents) for the daunting task of home entertaining, Wavemaker teamed up with youth media company Fullscreen for a livestream that provided a hundred tips and tricks in as many minutes. Featuring influencers like the Tipsy Bartender, Ann Le, and Sam Tsui, the livestream ran Nov. 16 and is available for the rest of the season for reference the next time you run out of ideas.

"Giving Back" for Wild Turkey by JWT New York

After naming advertising newcomer Matthew McConaughey as its creative director last year, Wild Turkey called upon the Academy Award-winning actor to help a team of volunteers distribute free turkeys to locals in the whiskey brand’s hometown of Lawrenceburg, Kentucky. In addition to the 4,500 birds that went to residents’ homes, Wild Turkey donated nearly 600 to the local food bank and covered 50,000 meals for families in need across America through Share Our Strength.

"Adoption" for Pick ‘n Save by Cramer-Kasselt

All Asian cultures are the same according to this misguided attempt at a heartwarming spot, which follows a young adoptee through his first Thanksgiving with his new white family. After his mom explains that Thanksgiving is "a holiday where we get together with our family and enjoy a meal" (the Manifest Destiny talk comes later, apparently), she sets out a dinner she made specially to welcome him consisting of sushi rolls, soba noodles, chicken teriyaki, fried spring rolls and other foods that are all definitely from the same country. The kid says "Thank you" in Korean, a language from a place that doesn’t appear to be represented on the welcome table. Happy Thanksgiving?

Just...watch this one. Words cannot do its flawless infomercial-parody execution justice.

Since bringing Offerman on as their brand ambassador in 2015, Lagavulin has featured America’s favorite secretly-cuddly stoic in three holiday spots in which he doesn’t speak: for Christmas, he sat by a fire drinking whisky for 45 minutes; on New Year’s he did the same for the hour leading up to 2017; for Father’s Day, he had a touching but taciturn boat hangout with his dad. This time, he finally talks, which seems shocking. But, of course he talks—don’t everybody?

After the 2015 spot that introduced #OptOutside cleaned up at awards that year, REI has grown their Black Friday store-closure policy into an ongoing campaign. Last year, they teamed with over 275 other brands, including Subaru and Google, on outdoor-focused promotions. This year, the campaign is focused on UGC, pulling from the over-five-million #OptOutside posts customers have shared since the campaign launched. A few more brands, including Lyft—which is offering free rides to parks in ten cities—have also joined the movement.

"#Thanxiety" for DraftKings by Deutsch NY 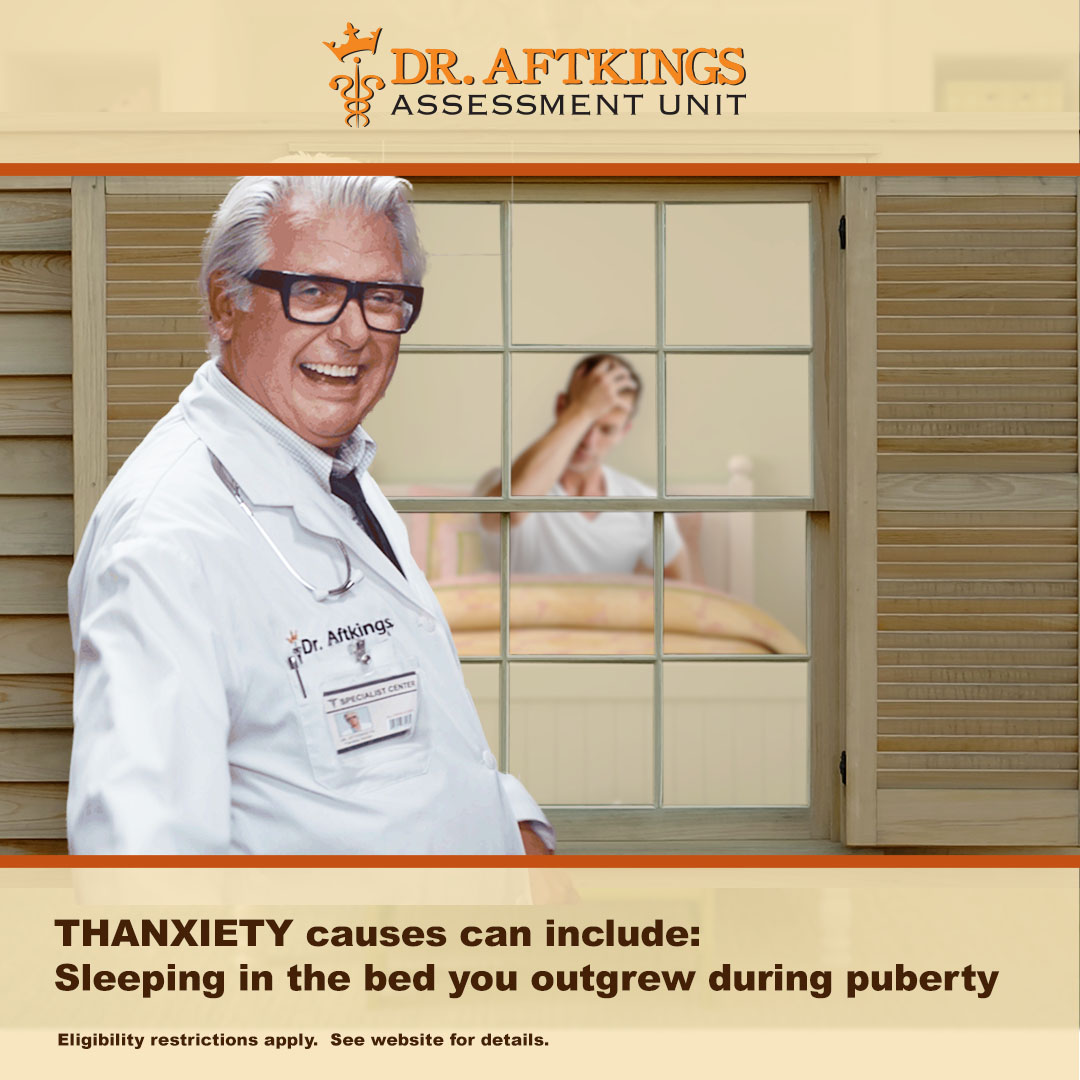 Although this Thanksgiving is unlikely to be quite as stressful as the one that immediately followed the 2016 election, the holiday is never without anxiety, which DraftKings hopes you’ll alleviate with its fantasy sports platform. In a series of social ads on Instagram, Facebook and Twitter, the eminently qualified Dr. Aftkings (get it?) offers his advice for ailments including sleeping in your childhood bed, drunken arguments and oversharing relatives.