Snapchat makes people feel "silly", Facebook is "lonely" and Twitter is associated with anxiety, a survey of the UK’s biggest ad platforms has revelaed.

The Apposphere study, carried out by Murphy Research and commissioned by Snapchat, has sought out the key traits that social media users have of each brand.

Some of the responses mirror concerns in recent months over how using social media can elicit feelings of low self-esteem and anxiety. In December, MPs began a parliamentary inquiry into "immersive and addictive" use of tech, with a focus on social media and young people. 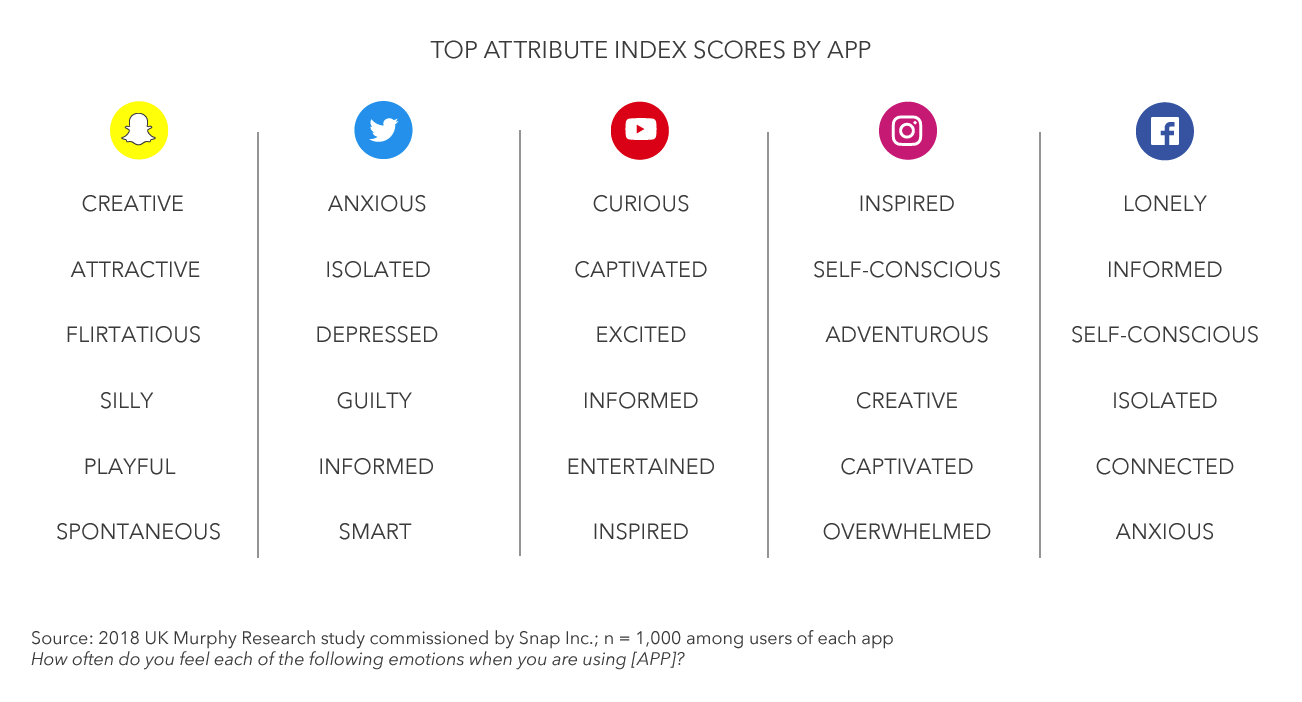 The most cited words for feelings associated with Facebook, for example, were "lonely", "isolated" and "anxious". Its sister brand Instagram, meanwhile, was most frequently described as "inspired", "self-conscious" and "creative".

Snapchat is depicted as a more frivolous platform and evokes feelings of being "flirtatious", "silly" and "playful", while Twitter, known as a source of breaking news and opinion-sharing, makes people feel "depressed", "guilty" and "informed".

YouTube, the video-sharing giant, drew feelings of being "captivated", "entertained" and "inspired". 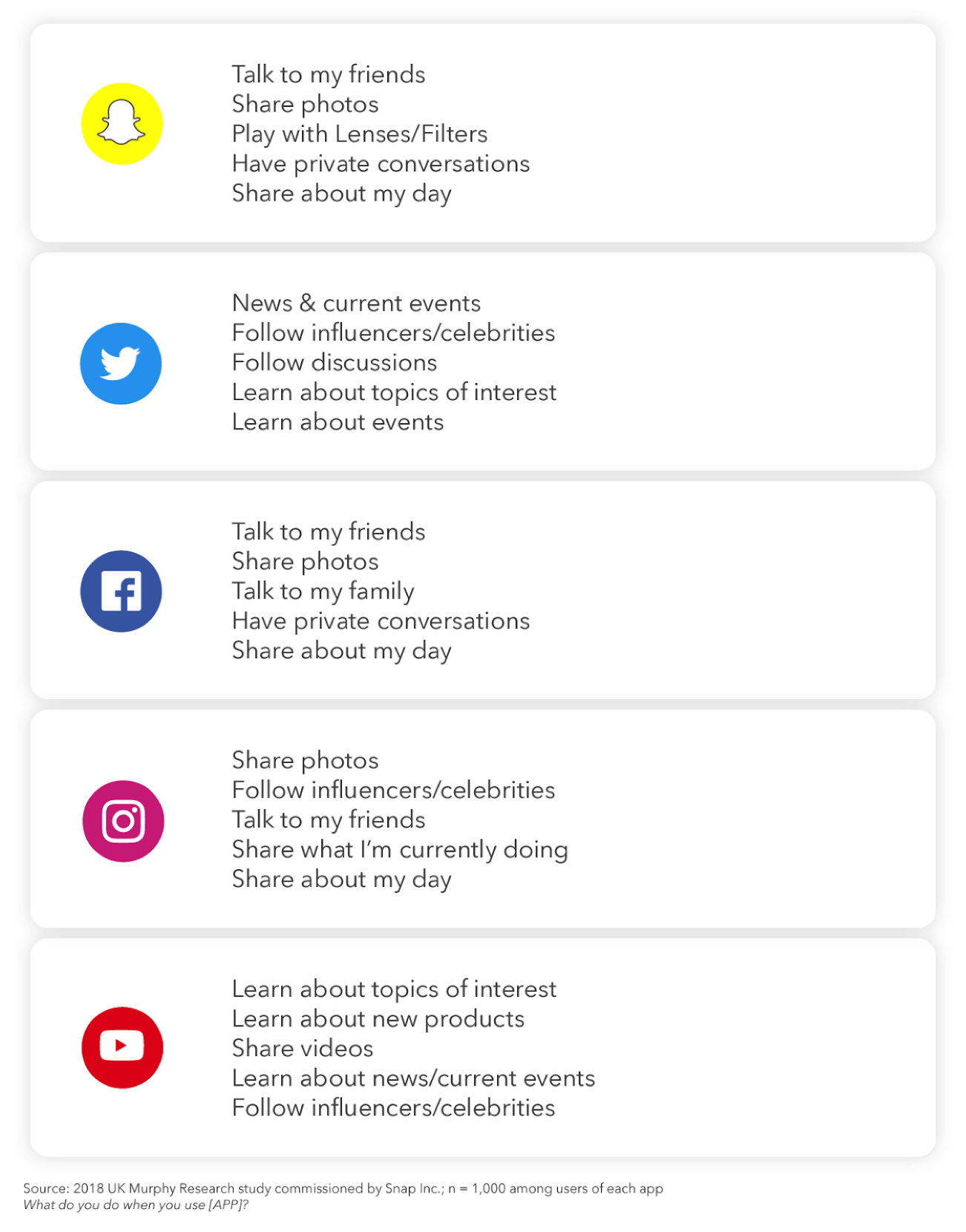 Users said their main motivation for using Instagram, YouTube and Twitter was following influencers and celebrities. Last week, Campaign reported that the Advertising Standards Authority has warned hundreds of influencers about breaching rules about paid promotions.

YouTube and Snapchat, meanwhile, are the go-to apps for users looking for fun and entertainment.

The poll collected online responses from 1,000 UK adults aged between 18 and 44 in June last year. The users are "frequent app users", meaning they use a social media platform at least once a week.

Hundreds of influencers warned by ASA