The Family On Demand service will be more akin to a traditional ad agency, with its remit expanding beyond the publisher's titles.

Shortlist Media is expanding its in-house content studio to create brand campaigns with a wider reach than just its titles.

The new service, called Family On Demand, will be part of creative studio Family. It will respond to brand briefs and create content for platforms outside the publisher’s portfolio, which includes free titles Stylist and ShortList, thus acting more like an advertising agency.

Shortlist started Family in 2016 as a specialised division focused on branded content. At the time, the publisher aimed to generate 50% of total revenue from Family by 2018. Shortlist claims that it has exceeded that target this year and is setting up Family On Demand as a new revenue stream.

As an example of the type of work Family On Demand could do, Family created its first-ever TV ad earlier this year for video game retailer Game. The project grew from a 2017 partnership between Game and Shortlist that ran on men’s online channels ShortList and Mr Hyde. The TV spot was the first time Family acted as a standalone creative agency.

Like Family and Shortlist’s editorial titles, Family On Demand will be aimed at the "Met Set", which is what the publisher calls its target readership. The Met Set consists of the young, affluent, urban elite – or, as Shortlist sometimes dubs them, "flat white warriors", Robinson said.

"These are people who generally start trends and who brands want to talk to," she noted, adding that Family On Demand can collaborate with agencies or work with brands that don’t have one.

Earlier this year, Shortlist hired Sam Bird as executive director of Family. Bird joined from OMD, where he had worked since 2012, and said Shortlist appealed for its access to talent.

"We have a creative suite here and a team good at telling stories," he said. "When you look at the converging media landscape, you have to look at where the talent is."

Matt Phare, creative director of Shortlist, also expanded his remit this year to include oversight of Family’s creative and design output. 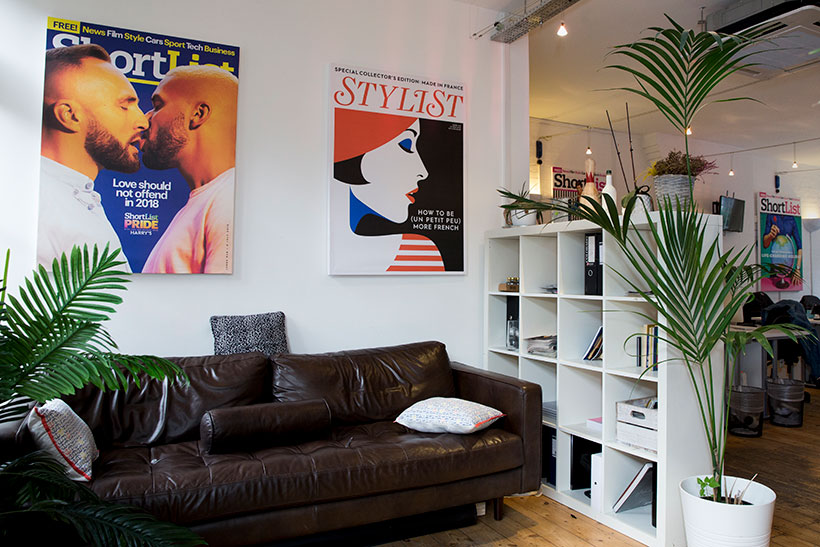 Family is looking to hire people with different kinds of expertise, such as strategists and creatives, to build a business model that more closely resembles an agency, Bird explained. The studio now has about 60 employees, including the events team.

"Our purpose has helped us commercially. A lot of brands want to do what we’re doing," he said.

For example, during Pride month, ShortList published its first-ever LGBTQ+-themed issue in partnership with men’s grooming brand Harry’s. The magazine’s cover featured two men locked in a kiss, while inside bespoke advertisements from Harry’s and other brands such as Smirnoff, Tesco, British Airways and Volvo celebrated the LGBTQ+ community.

"You almost didn’t know where the editorial ended and advertising began because it was such a natural fit," Bird said.

Family On Demand will seek to work with brands that are also purpose-driven, Robinson added.