Packed event leaves impression on attendees, but many senior figures who signed open letter were not present.

Extinction Rebellion's challenge to the ad industry to confront climate change has sparked a number of ideas that are under consideration following an "emotional" summit held two days ago.

The summit was organised by networking group Purpose Disruptors, with support from The Comms Lab, a consultancy founded in 2015 to persuade the ad industry to address climate change. It drew about 125 attendees. It followed an open letter, also organised by The Comms Lab and signed by more than 50 senior adland figures, that called on the industry to act.

A follow-up meeting is to be held on a date to be confirmed in late July, while separately the IPA has invited Extinction Rebellion to present its views at an event on 2 July.

The second climate summit meeting is intended to narrow down the broad range of ideas – 30 to 40 – that this week’s breakout groups threw up, according to Purpose Disruptors member and Comms Lab co-founder, Jonathan Wise.

The breakout groups followed a presentation on the climate emergency that left the room "shell-shocked" and "emotional", according to two attendees. 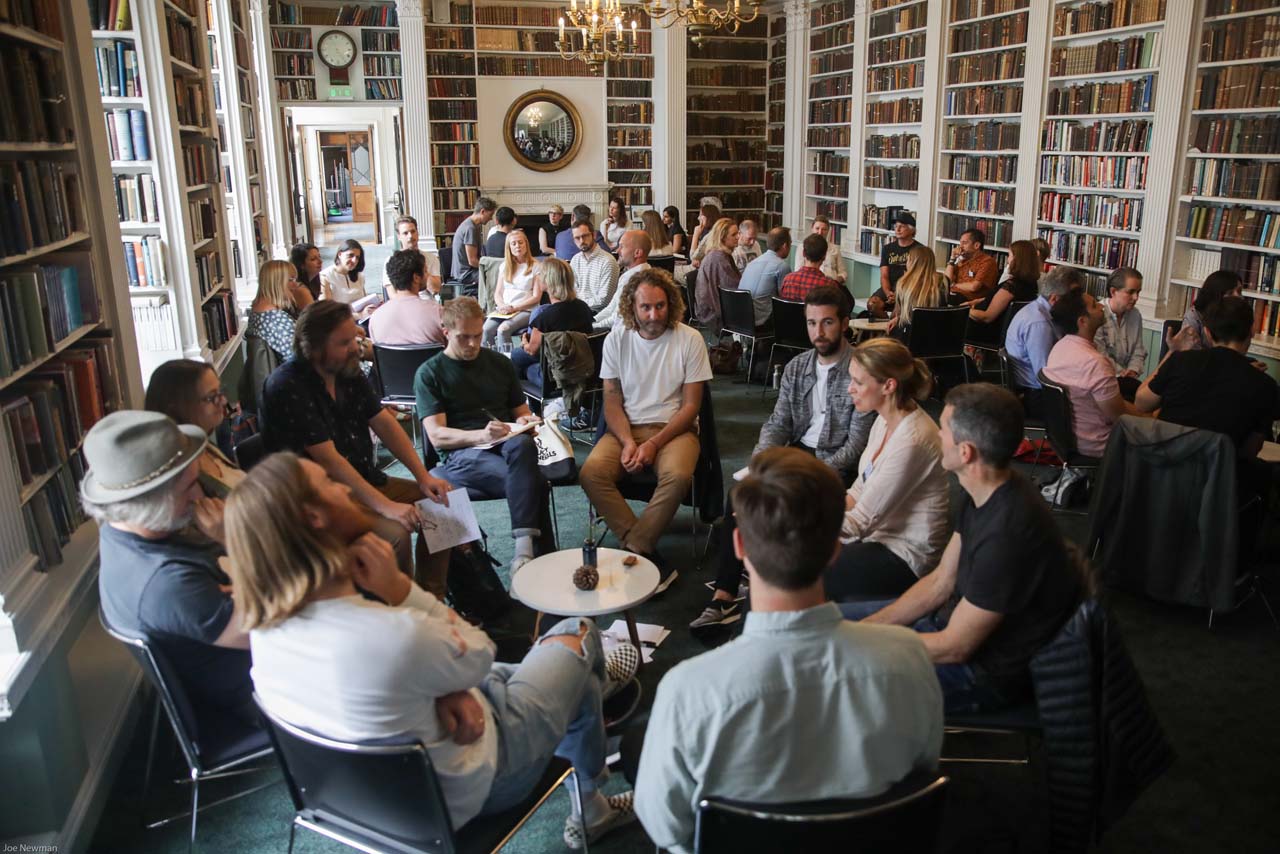 A third attendee, Lucky Generals chief executive Katie Lee, described the presentation from sustainability consultant Jérémy Mathieu as "the best on climate change I have ever seen" and praised the organisers for "putting the event on so quickly".

However, Lee expressed disappointment with the non-attendance of a number of senior figures who had signed the open letter and observed that if the second event repeated the discussion format and did not move on to concrete action, "that might be it for me".

"I hope all the passionate people from our industry who lead change, like the TimeTo iniatiative, will be involved to drive it, rather than just signing things," she said.

Pauline Robson, a managing partner at MediaCom and Purpose Disruptors member who called the event "emotional", described it as "very much the first step in a journey", which she hoped would involve industry bodies such as the IPA, ISBA and the Advertising Producers Association. This sentiment was echoed by Wise.

ISBA's head of media Bobi Carley, who also signed the open letter, and the Advertising Association's head of strategy Karen Fraser were there.

The IPA was invited to the event but was unable to attend, according to a spokeswoman from the trade body.

A first-person report from the event by David Gamble, executive creative director and founder of Truant London

I was slightly sceptical about the true nature behind the summit, but my suspicions soon faded when it started.

Folk from a wide range of agencies filled a large room at The Royal Institution. There were some familiar faces, but I didn't see everyone from the long distinguished list of signatories. Although I'm sure many were there.

Jonathan Wise and Ella Saltmarsh of the Purpose Disruptors and Comms Lab kicked off proceedings and explained how the summit came to be. Jonathan seemed deeply surprised by the response from the industry and the number of people who wanted to attend.

Next up was Jérémy Mathieu, sustainability advisor at the BBC, freelance sustainability consultant and trainer. Jérémy took the room on a journey through our climate crisis. He outlined the cause, the human issues and the very real and likely eventualities that will occur if we are unable to keep temperatures from rising by 1.5 degrees or more.

He spoke with passion and conviction but, most importantly, in a way everyone understood. He said that if there is one thing we should take from this talk, it's that we have between five and 10 years to not only slow the production of greenhouse emissions but to halve them globally.

He asked a question: what comes after Gen Z? Nothing, because we’re completely screwed and this is the very last generation? Or a generation of regeneration? The problem is, this generation is too young to make the changes we need to make. It's up to us to do it for them and then hand the reins over when they're ready.

At the end of Jérémy's talk, most of the room was shell-shocked. The organisers were aware of the negative effect this new news can have on people, so they went to great lengths to calm nerves and focus minds before starting the next session.

We all went upstairs and broke up into groups of eight to 10. Some ground rules were outlined, as was a familiar discussion format. What would we stop, start and continue as an industry?

We went on to discuss a myriad of things the industry should stop… hedonistic trips to Cannes, wasteful shoots all over the world, long-haul business trips, to name a few. But our conversations quickly raced towards what we could do. Get the industry bodies of the IPA, APA and ISBA to recognise this challenge and encourage the entire industry to act, form a new awards scheme that only judges campaigns with a positive impact on the environment, educate our clients and help them change, come up with a new global rewards system that encourages good behavior, possibly the creation of a new crypto/eco-currency and so on.

For me, the biggest issue is that, to halve emissions in five to 10 years, we will need to unsell everything we've sold and been sold for the past 60 years. We'd have to unsell society as we know it. Unsell Christmas, unsell greed, unsell what success really looks like. But we would need to do it in a way that benefited people, rather than punished them or stripping away their lives and culture.

We'd also have to get brands to act by making investing in environmentally friendly businesses appealing. Most companies bend to the will of investors. They won't really care if the odd agency refuses to work on their brands; they can take it in-house or simply find another.