"An important indicator of a potentially successful TV script is when you get "a little scared", says Kemi Anthony, advertising manager for UK & Ireland at Ikea. This was especially apt for "Ghosts" – chosen by The Thinkbox Academy as the winner of the latest Thinkboxes award for TV ad creativity.

"Venturing into the unknown is always a little uncomfortable, but I’m never comfortable with feeling comfortable," she explains. "Being a little scared is important – it stops you from playing it too safe. We want great, not nice."

"Ghosts", a call to get more daring with fabrics, is part of Ikea’s #WonderfulEveryday strategy, born out of founder Ingvar Kamprad’s vision for the brand: "To create a better everyday life for the many people."

Anthony adds: "Where other retailers simply sell furniture, we are focused on selling solutions to make everyday life better." 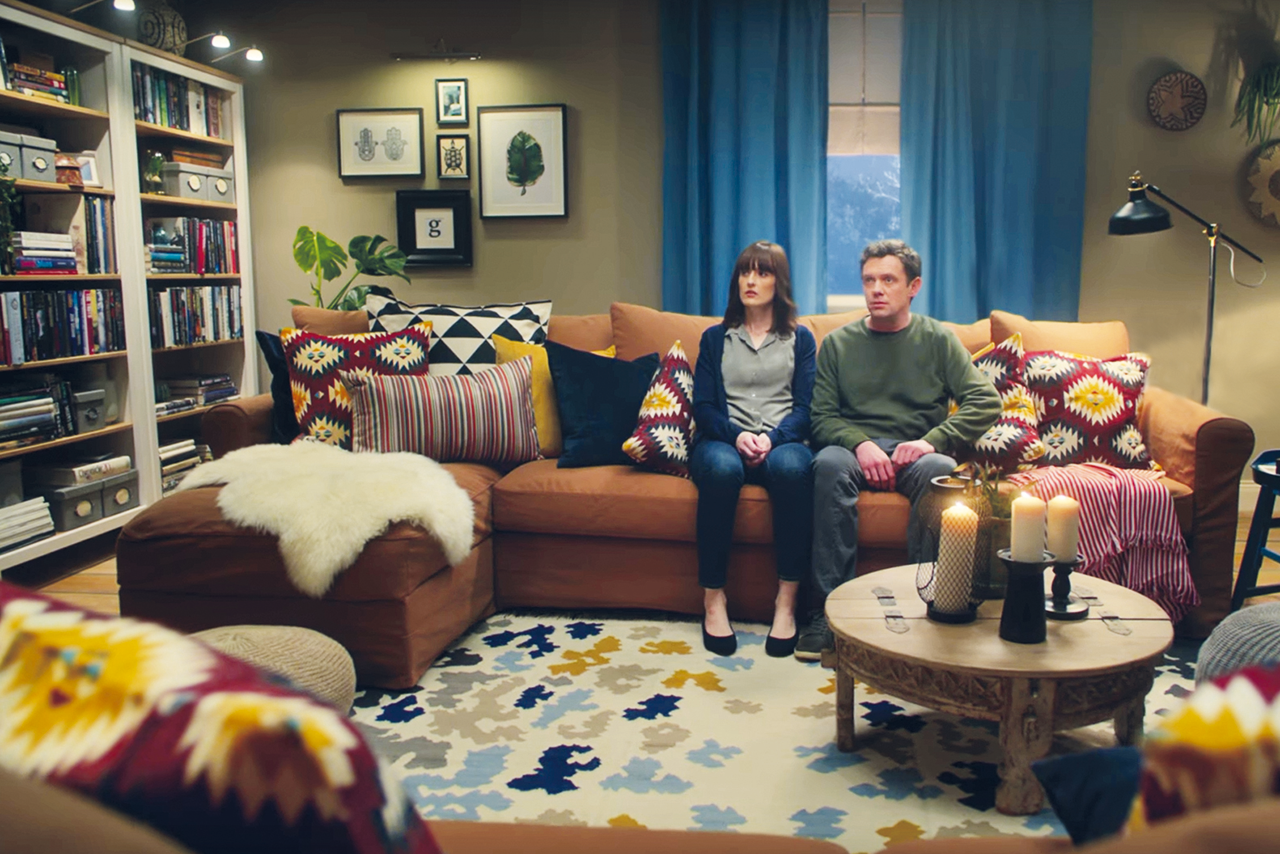 In "Ghosts", a couple leaves their house for the evening. Once they’re gone, a group of dull white-sheeted ghosts commences a similarly dull party until a host of bright-textiles gatecrashers arrives, livening it up. When the couple returns, the ghosts melt away leaving the home cheerfully transformed.

The winning ad took six months to make from brief to delivery. Last September, Ikea briefed Mother to encourage people to be more adventurous with their choice of cushions, rugs and curtains.

"Most people find it daunting to choose bold and colourful pieces for their home," says Ana Balarin, partner at Mother. "They tend to play it safe and stick to neutral colours and plain fabrics. The problem is their homes end up looking just like everyone else’s. It was this cultural insight that led us to encourage people to ‘Be a maverick with fabric’."

The ghost theme arose from the fact that in popular culture they are often depicted as consisting of a plain white sheet. 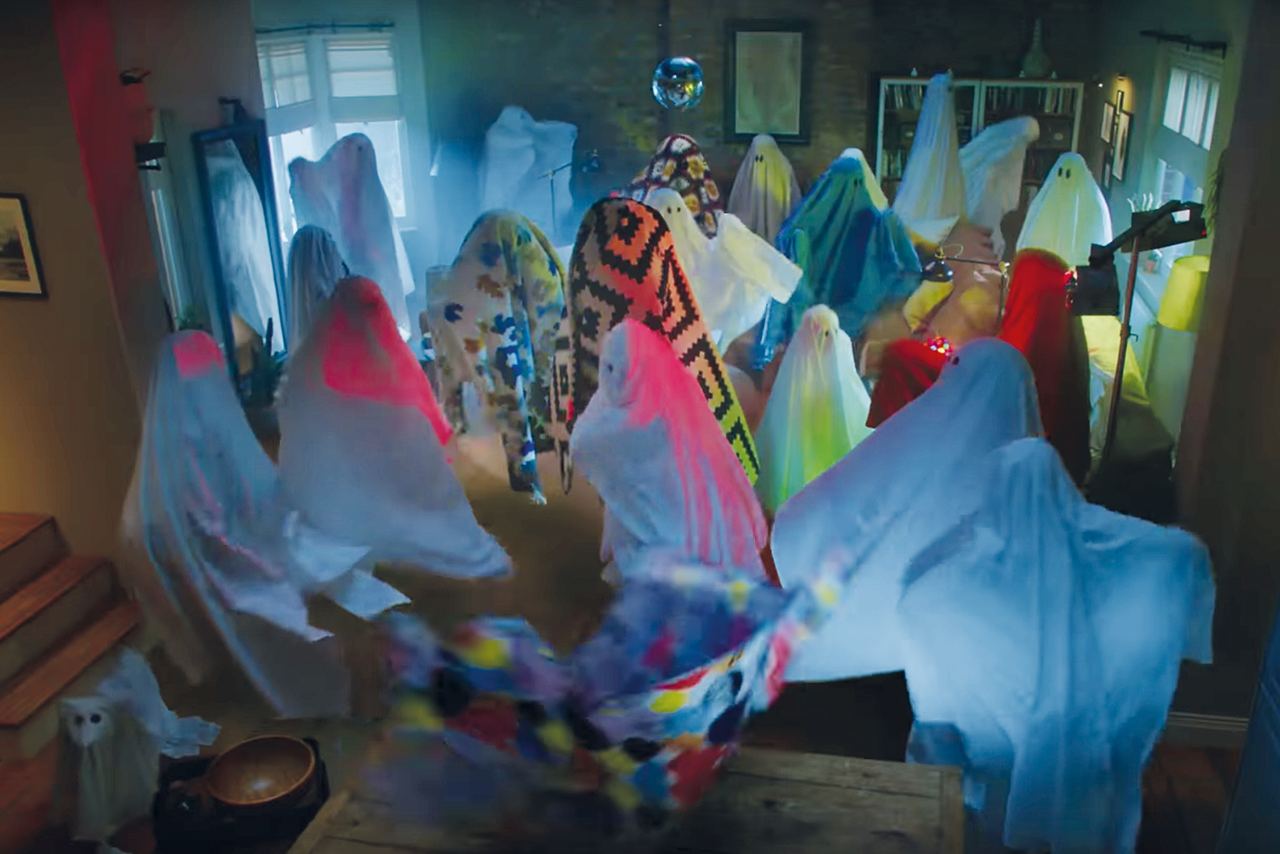 "We thought, what if there was a gang of colourful ghosts that came along and shook things up? So the idea of a ghost party was born," says Hermeti Balarin, partner at Mother. "We’re drawn to the ideas that feel the most brave, unexpected and insightful. They need a good dose of charm, too."

The team was drawn, too, to director Dougal Wilson who shot Ikea’s 2015 "T-shirts" ad – in which garments make a long journey home, like birds. "We got Dougal involved at treatment stage and worked closely with him to work out how best to tell the story and bring to life all the lovely moments that happen at the party," Ana Balarin continues. "His warm, charming tone and beautiful storytelling skills are exactly what we felt this script needed."

One of the biggest challenges was pitching the scene for the party right – so the ghosts felt in keeping with Ikea’s brand personality, and didn’t cause issues with Clearcast.

"Making the best TV ad you can comes down to staying true to a really, simple, insightful idea throughout the entire process. And never losing sight of it. Ever."
Ana Balarin and Hermeti Balarin, partners, Mother

"It turns out ghosts boozing, riding motorbikes indoors and sliding down banisters were a non-starter. The script had to be revised to reflect what was allowed while still being able to build a great and enjoyable narrative," Anthony reveals.

"Technically, the challenges were around the transition of the ghosts to textiles," she adds. "To make our ghosts look like they were gliding, the cast rode around on hoverboards and roller skates dressed in their costumes." 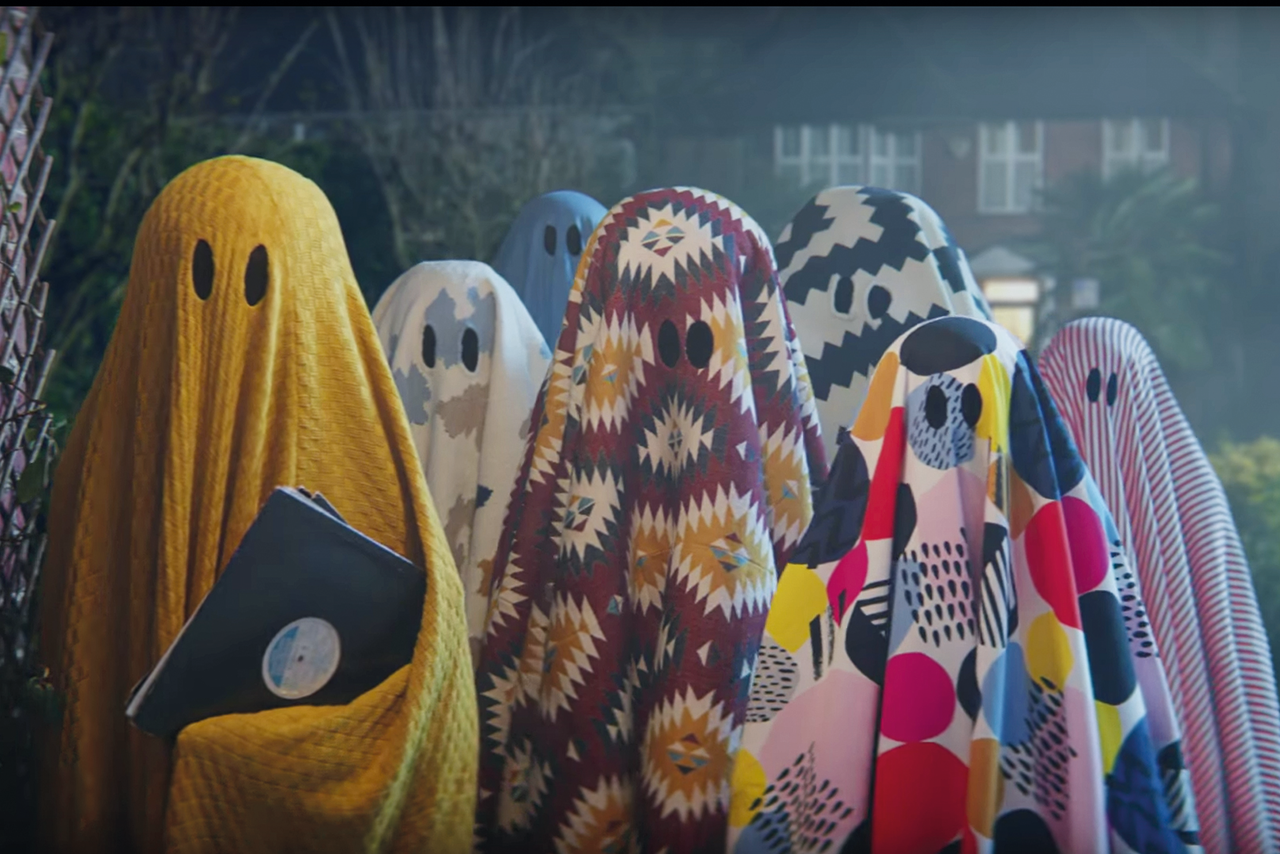 Post-production, at Moving Picture Company, was critical to the process.

"All the cast’s legs had to be painted out, frame by frame," Hermeti Balarin explains. "Then there was the matter of making the ghosts flop down into fabrics, which involved stitching together shots of cast members with shots of puppets."

Despite such considerations, the simplicity and lightness of touch evident in the finished ad pack an emotional punch that could only have been achieved using TV.

"TV is one of the most involving ways to talk to lots of people at once," Hermeti Balarin observes. "A TV ad lets you tell stories, convey ideas and set a mood in a way that many other media channels can’t," Ana Balarin adds.

Anthony says: "TV is still the channel that allows us to talk to a great many people with the ambition to emotionally connect."

"Ghosts" was launched in April alongside a music video, in which Ikea fabrics in shot change with the music’s beat, and a PR push involving a Savile Row tailor turning the brand’s fabrics into suits to reinforce fashion and home furnishings’ close links and Ikea’s quality and style credentials.

The ad generated some of the brand’s best results yet in pre-launch research, and significant public response via social media. "[There was even] a group of people going on a pub crawl dressed as the ghosts from the ad, which is bizarre, but brilliant," Anthony says.

"Always have an open mind. Don't be too quick to shut down something just because it doesn't feel immediately right. A bit of exploration is always useful."
Kemi Anthony, advertising manager, UK & Ireland, Ikea

The making of the ad: The end of the FCA's Arnie head