This past week saw a lot of celebrations: St. Patrick’s Day, Pi Day, Daylight Saving Time. The brands that saw the most shares on Facebook last week found ways to observe these days, or created their own.

BarkBox used a dog influencer for a Daylight Saving Time meme, Dairy Queen promoted its own "free cone day," Krispy Kreme made a video of its green doughnuts for St.Patrick’s Day and Harvard University celebrated Pi Day on Facebook.

Unmetric, a social-media intelligence firm, uses an analytics platform to track brands with the highest amount of engagement for posts.

Here are the brand posts that received the most shares of last week:

The brand that saw the most Facebook shares last week was subscription service BarkBox. To make a fun remark about Daylight Saving Time, which came on March 12 this year, it used one of its dog influencers in a silly meme. Ozzy, a pug known for its "mean mug," and has 81,800 followers on Instagram, appears in a video meme that saw 141,238 shares. In it, Ozzy clearly looks upset and the meme reads: "When you realize the earth stole a whole hour of sleep and you mad as hell." The post also received 5.7 million views, 48,000 reactions and 26,000 comments. 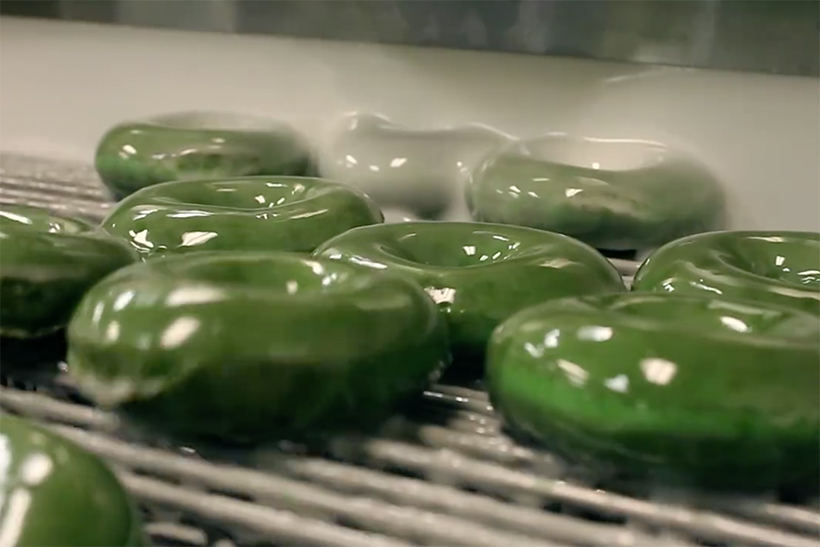 In a post that saw 20,017 shares, food supplier Sweet Earth Foods injected humor into a simple meme. The brand conveys the message that one should eat better to feel better. The post also received 49,000 reactions and 2,400 comments.

Pi Day is not only for mathematicians, especially when real pie is being given away in celebration. March 14 celebrates the seemingly endless number that has fascinated scholars. Harvard University posted this meme of the Pi symbol and its corresponding number and tells its followers to have a "Happy Pi Day!" The post generated 16,423 shares, 57,000 reactions and 1,200 comments.