Barbershops and beauty salons are cultural hubs in the Black community where camaraderie, debates and laughter are as common as scissors and barber capes.

Just ask Wil Shelton, who saw the marketing potential in barbershops while working as a stylist in Bellflower, California. He recalled clients often asking him what album was playing in the salon or for a movie recommendation, which they would later buy or go see.

“I was like, ‘Wait a minute, I'm helping the entertainment companies promote their projects inadvertently in the salon,’” Shelton told Campaign US. “I decided to send proposals to [companies] to let them know this was a receptive audience that has an insatiable appetite for entertainment.”

Within 30 days, Shelton started to receive responses. He pilot tested the idea in his own salon before developing relationships with other salons and expanding the network. It wasn’t hard to get salons on board the program, Shelton said.

“Salons love it so much because they become those trendsetters,” he added. “It actually drives and elevates their business in their communities.”

Despite not having a marketing background, Shelton launched Wil Power Integrated Marketing in 1996. The full-service consumer engagement and experiential marketing company has since grown into more than 40 markets nationwide and boasts a network of over 100,000 Black barbershops and beauty salons.

Clients can target audiences in specific cities like Detroit, Chicago, Atlanta and New York, where Shelton has established trusted relationships with shops for the last 20 years. The company can also target specific audiences by pinpointing which shops cater to clients aged 18 to 34 or 25 to 54.

It’s a handy network for brands looking to tap into Black consumers, who wield $1.3 trillion in annual buying power, according to Nielsen. They also consume more media than any other group and value recommendations from their friends, family and community.

“[Brands] don't understand how deeply ingrained the shops are in the community,” said Shelton. “You can gain their trust and respect by investing in them. That's what you have to get before you get their loyalty, because most global brands want your loyalty.”

Shelton has worked with numerous companies to promote their movies and TV shows. His firm promoted Fox’s show Empire with a campaign that included branded items including nail files, T-shirts, shampoo and cutting capes for clients to wear while getting their hair done. 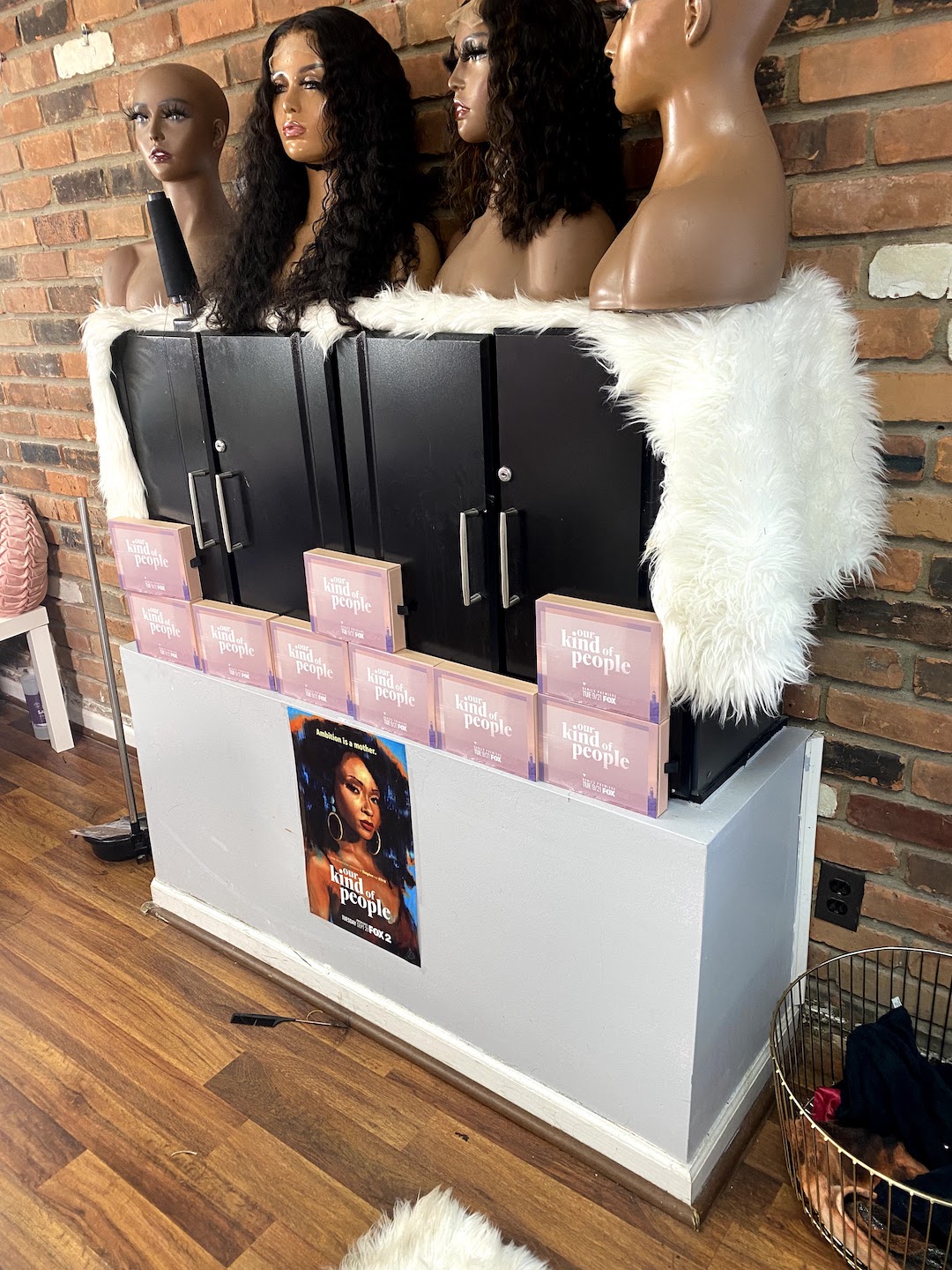 Earlier this year, the company worked with Fox on another show, Our Kind of People. The series stars Yaya DaCosta, whose character launches a natural hair care line.

Before the show’s premiere, Wil Power Integrated Marketing set up an activation that included free hair services, sponsored by Fox. Patrons were also given the chance to preview exclusive content from the show.

The marketing potential also expands into the health sector. Shelton worked with Klick Health to promote awareness of a COVID-19 treatments trial and the importance of treatments along with vaccines.

“There's a lot of hesitancy with the medical field in COVID treatments for a lot of Black people,” said Shelton. “We use those trusted environments [of barbershops and beauty salons] to dispel myths and disinformation and get the facts out about the vaccine.”

For Shelton, it’s in a brand’s best interest to invest more into Black barbershops and beauty salons to fully capture the Black consumer market.

“Black salons are like the coronary artery of the community,” he added. “They're like the original Black Twitter. They're already talking about what shows are on TV or what's in entertainment. These shops are incubators of culture. Barbers and patrons are the cultivators of the culture. They don't just shape hair. They shape the culture, one cut and style at a time.”