Black Cow vodka, a version of the spirit distilled from milk, has had a trio of ads banned for linking alcohol with sex, and encouraging excessive drinking.

In all three, the brand used allusions to aspects of culture that it believed would resonate with an adult audience, but in each case the Advertising Standards Authority decided that it had not done enough to keep within the rules.

One of two videos that appeared on the Black Cow website features a man and a woman walking through a summer meadow and eyeing each other flirtatiously, before cutting to a depression in the grass, at which point the brand name appears on screen and is read out.

Brand owner Pure Milk Vodka said the ad was designed to advertise the product in line with the literary heritage of Dorset, where it is made, and that the scene was meant to be reminiscent of Dorset author Thomas Hardy. It also disputed that the ad referenced sexual activity.

But the watchdog said viewers were "likely to understand from the combination of the couple’s body language, the depression in the grass, and the overall tone of the ad, that they had just had sex." As a result, it found that ad breached the CAP Code.

Accrington Stanley – who are they?

The second video, also seen on the site last December, was a parody of the well-known 1989 milk ad, in which a young Liverpool FC is shown drinking milk because "it’s what Ian Rush drinks" and if he doesn’t, he’ll "only be good enough to play for Accrington Stanley".

Black Cow remade the ad shot for shot, with the same actor – now 28 years older – and with the milk replaced with their own vodka.

The ASA itself decided to investigate the ad for potentially encouraging excessive or unwise styles of drinking. In response, the brand said it needed to be understood as a parody of the original, but also in the context of the "super-premium" nature of the product, the price of which would prohibit excessive drinking.

But the watchdog said that while some viewers were likely to recognise the ad as satire, the large quantities of vodka shown, and the act of replacing empty bottles with full ones, meant it was socially irresponsible and breached the Code. 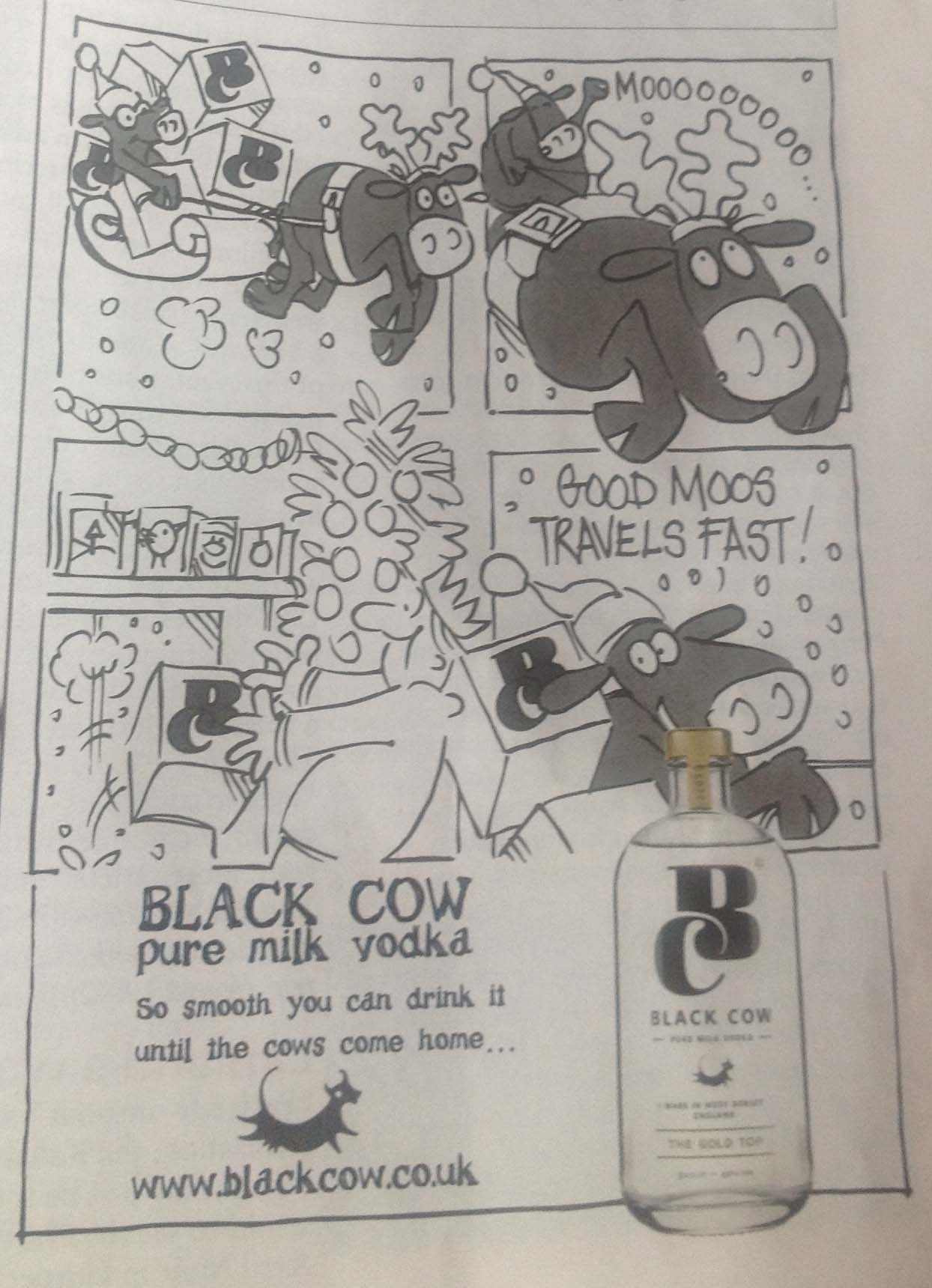 The third ad, a press ad in The Week, featured a cartoon of a cow delivering gifts of vodka from a sleigh, with the text "Black Cow pure milk vodka. So smooth you can drink it until the cows come home…"

The ASA again ruled that this messaging encouraged excessive drinking, meaning the ad breached the Code – though on another complaint, that the style of the ad was likely to appeal to children, it decided this was not likely to be the case.

It told Pure Milk Vodka that all three ads must not appear again in the forms complained about.

London Live rapped for 30-minute, programme-style ads... with their own ad breaks