Maltesers' latest TV campaign features a woman with cerebral palsy joking about her love life. Brittaney Kiefer reveals how one of the world's biggest advertisers is breaking taboos.

The ad opens with a familiar scene that could be lifted from an episode of US comedy Girls – a young woman is telling two friends about having sex with her new boyfriend. Yet a couple of details are less familiar: the woman speaking is in an electric wheelchair and the awkward experience she describes was caused by her having a spasm as a result of her cerebral palsy. To illustrate her point, she spills a bag of Maltesers on to the table and the three women burst into laughter.

This spot is one of three Maltesers ads depicting people with disabilities, which were shown during Channel 4’s coverage of the opening ceremony of the Rio Paralympics last night (7 September). The Mars brand and its ad agency Abbott Mead Vickers BBDO created them after winning a competition organised by Channel 4, which awarded £1m worth of airtime to the best campaign idea featuring disabled people.

Michele Oliver, vice-president of marketing at Mars, knows the new ads could provoke mixed reactions, including criticism from those who might see the storylines as treating disability insensitively. Yet she believes it is a risk worth taking for the brand.

"I hope that people who watch the ads get the tone," she says. "If we spark a conversation about disability, if people have different opinions and we bring those out into the public domain, then that’s a good thing too."

Channel 4 launched the Superhumans Wanted competition in April as part of its Year of Disability initiative linked to the Paralympics. The broadcaster has championed the media representation of disability since the launch of its award-winning "Meet the superhumans" spot for the 2012 London Paralympics, which was followed this year with a TV ad featuring 140 disabled people. Sales director Jonathan Allan says Channel 4 held the contest to encourage more advertisers to help improve perceptions of disability: "We would like to see the proportion of people with disability who are featured in advertising increase." 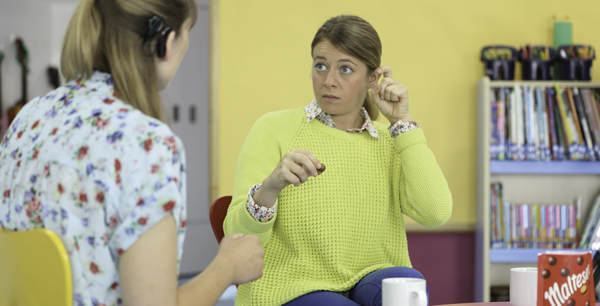 Oliver, who has been with Mars for more than 20 years, says it was on her agenda to improve diversity in the company’s communications when she was promoted to head UK marketing in February. The Channel 4 initiative "moved us into action", she says. After agreeing to enter the contest, Mars turned to disability charity Scope for guidance. "We make chocolate; we’re not experts in disability," Oliver says. The organisation advised on every stage of the process, from casting to working with disabled actors and striking the right tone in the ads.

"Scope helped give us a language we weren’t familiar with for some conversations so we knew we were handling the subject matter sensitively but authentically," Oliver explains.

Mars and AMV BBDO also held focus groups with disabled people. One of the staff on the agency’s Maltesers team has a disability and the first group comprised some of her friends. Dave Buchanan, AMV BBDO’s deputy chairman and creative partner, who wrote the Maltesers ads, says at first he was hesitant to take a humorous approach. But talking to members of the focus groups showed him that "humour is a powerful tool to break down taboos".

"After five minutes, we were talking about going out for pints, sex… we were just riffing away," he recalls. "Just because you have a disability doesn’t mean you haven’t got a sense of humour."

Oliver adds: "The insight we got was that people with disability end up being either pitied or celebrated as superhumans in the Paralympics but, actually, we’re all just people getting on with our lives with their highs and lows."

Each of the new ads is inspired by a true story shared by the people in the focus groups. As well as the new-boyfriend spot, there is one in which a woman in a wheelchair describes accidentally running over the bride’s foot at a wedding. In the third ad, a deaf woman uses sign language to tell a story about a dog swallowing her hearing aid.  It will air for the first time without subtitles to show people what it’s like to feel excluded from communication.

Oliver approved the scripts within a day of Buchanan sending them to her. Buchanan adds that they wouldn’t have been able to make the ads without that speed and decisiveness: "What’s great about these is they haven’t been dragged down by process."

The ideas were widely embraced within Mars, which Oliver attributes to the diversity of the management team, containing three ethnicities and a 50:50 gender split: "We’ve been pretty brave, really. You don’t get creatively interesting ideas by playing it safe."

Maltesers and AMV BBDO had just ten minutes to pitch their ideas to the Channel 4 judging panel, followed by ten more minutes for questions. Once they found out they had won, they had under three months to produce the ads. "This is one of the fastest production processes I’ve ever been involved in," Oliver says.

The casting of the ads was difficult because they were "going into a new realm", Buchanan says. The agency ensured it cast real actors with disabilities, rather than "someone pretending to be in a wheelchair", he explains.

Allan says Maltesers’ ideas stood out because of their edginess and sense of humour, which matches the broadcaster’s "Born risky" mantra.

"It was a brave and real expression of disability. It was pretty edgy in terms of the comedy and very Channel 4 in how we approach our own portrayal of disability in the real word," Allan says.

He points to the fact that the new "We’re the superhumans" ad shows everyday disabled people rather than just Paralympic athletes: "We think it will cause some debate and maybe even a few complaints."

Allan says the shortlisted entries tended to fall into two camps: those that came up with new, original thinking to position the brand around the Paralympics, and those that expanded an existing campaign idea but put disability at its heart.

Maltesers falls into the latter group. The new ads are a continuation of its "Look on the light side" campaign, which launched earlier this summer. As the third-top-selling chocolate brand in the UK (according to data from market research company IRI), Maltesers positions itself as a lighter way to enjoy chocolate and its ads encourage people to look on the light side of life. In three previous animated spots, comedians Lucy Beaumont, Lou Sanders and Andi Osho relay awkward or embarrassing situations they’ve encountered, such as walking around a shop without realising you still have your umbrella up.

Allan says Channel 4 was looking for campaign ideas with longevity, rather than just a Paralympics stunt. Oliver, too, says it was crucial that the brand’s work with disability and diversity fitted seamlessly with what it was already doing.

"We’re not treating these ads as some sort of special case. After the Paralympics, they’ll live alongside the other ads in the campaign," she says. "It was fundamentally important that this wasn’t some sort of token, that this was a different way of looking at creativity and using the power of our brands to do good.

"Diversity absolutely has to be part of your values as a business. It’s not just tokenism and doing the right thing – it makes good business sense."

This campaign has pushed Mars to examine how else it can represent diverse groups of people across its brands, Oliver says, whether through casting for its ads, communicating on different platforms or evolving the way it recruits talent. She says the company wants to lead a debate and issue a "rallying cry" to the industry to "make a definite shift in our diversity".

"I believed this would be good for business to represent our consumer base," Oliver says. "We got better ideas by not just thinking about the white, middle-class, able-bodied family with two kids. Using a different lens has been a game changer for our creativity."

1. Get an expert partner

Recognise you are not the expert in diversity and get those people who are to guide you along the way.

You are unlikely to unlock great ideas unless your staff are representative of the British public. We had people on our team from different backgrounds, which meant we had more open conversations.

3. Widen your net when casting ads

Use a specialist agency if necessary. Be demanding as a client and as an agency.

4. Look at diversity as a creative platform

The "Find your magic" campaign for Lynx challenges a one-dimensional view of masculinity. Telling stories about diverse people opens up a whole new spectrum for ideas. If it’s tokenistic, it’s patronising.

One of the biggest barriers is the fear of getting it wrong and causing offence. But with the right guidance, developing the Maltesers ads was not as challenging as expected. Don’t be afraid. 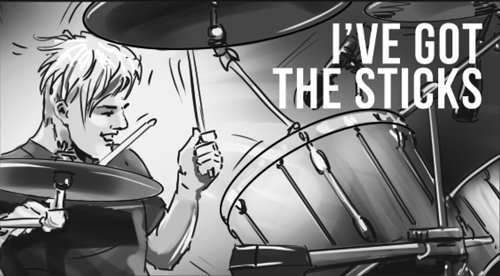 Lynx’s idea was designed to show men in the UK with disabilities that "you decide what defines you". The ad would have expanded on its "Find your magic" positioning by subverting misguided expectations about people with disabilities.

Britvic-owned multivitamin drink Purdey’s, with its brand partner Idris Elba, wanted to showcase talented individuals who are driven to thrive despite the challenges of disability. The ad would have continued a previous campaign in which Elba spoke to people about realising their dreams.

We need to talk about mental health: behind Lloyds Bank's campaign to break an advertising taboo

Maltesers unveils Braille billboard in next phase of disability campaign

Six tips for brands to follow when tackling taboos in advertising

We must celebrate difference