For International Women's Day, Campaign looks back at ads released this year that shatter gender norms.

With brands like Gillette tapping into #MeToo and the adland watchdog’s ban on damaging gender stereotyping ads coming into effect on 14 June, could 2019 mark a turning point towards ads that embrace female empowerment?

Whether you think International Women’s Day (IWD) marks a cynical marketing bandwagon for brands to jump on or a brilliant chance to shine a light on gender equality and rockstar women, one thing is clear — "femvertising" is becoming a global movement.

From daring women to redefine what the label "crazy" means, to proudly showing off unfiltered post-birth bodies, Campaign looks at some of the best past examples of ads smashing gender stereotypes and challenging gender norms.

There is "no room for clichés," the RAF says

"Women should be defined by actions not clichés," the Royal Air Force says in its ad by Engine. The spot, which was picked by Channel 4 as the Diversity in Advertising Award winner this year, challenges the stereotyped way in which women are often portrayed, with satirical lines like: "Strong, healthy hair, what’s my secret?"

In the follow-up to Nike’s sensational "Dream crazy" ad starring Colin Kaepernick, tennis legend Serena Williams calls out the double-standards around how female athletes (and women generally) are described when showing emotion. The inspirational spot by Wieden+Kennedy Portland ends with: "If they want to call you crazy, fine. Show them what crazy can do."

Mothercare is keeping it real 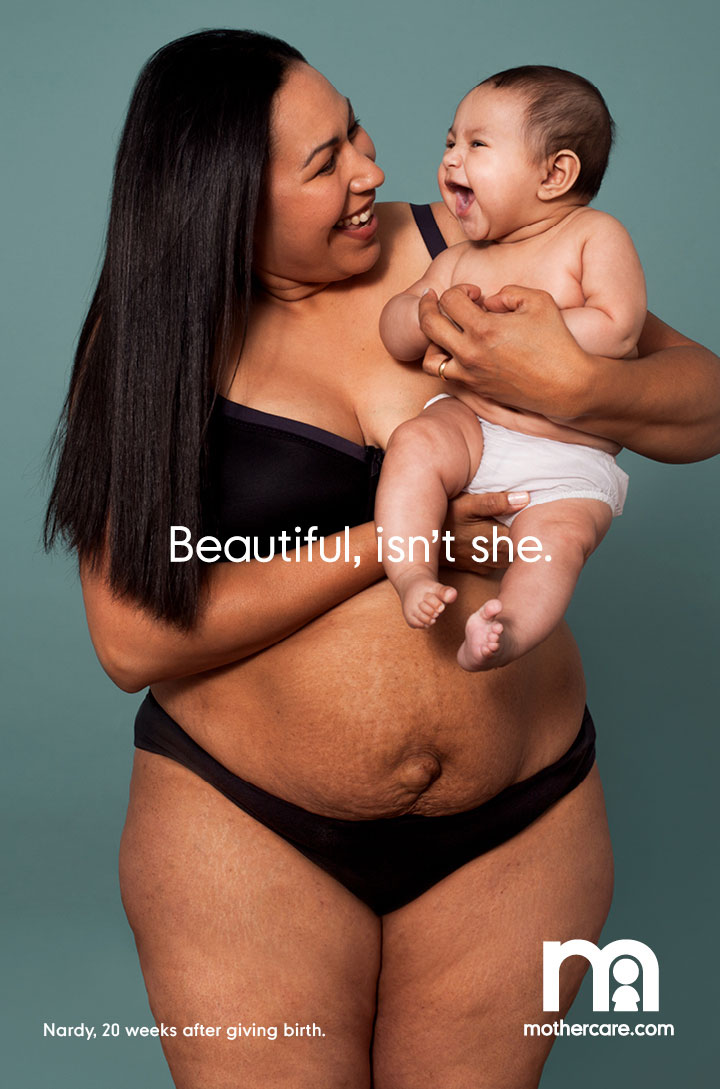 If you scroll through edited picture-perfect feeds of news mums online, you’d be forgiven for thinking that bodies miraculously bounce back to their original shape and size days after giving birth. Mothercare promotes what real, confident and unfiltered post-birth bodies look like in "Body proud mums" by McGarryBowen.

Bumble calls on women to make the first move

Dating app Bumble also enlisted the help of Serena Williams for its Super Bowl ad, "The ball is in her court". The 30-second-spot by FlyteVu and VMLY&R challenges traditions, urging women to "own their power" and "to know that they don't have to wait for permission" in their relationships or career.

Holland & Barrett is breaking the silence surrounding the menopause

In an effort to end clichéd stereotypes around the "last taboo", the health retailer launched "Me.No.Pause", which depicts the lives of real women experiencing menopause. The campaign, created by Pablo London, won a competition to increase diversity in advertising across London’s transport network. Voiced by actress Sally Phillips, the work reassures women not to let the symptoms like "mood swings" define them.

In an age where women are increasingly succumbing to societal pressures and going under the knife to reduce the size of their labia, Libresse – known as Bodyform in the UK – is normalising genitals in "Viva la vulva". The three-minute film by Abbott Mead Vickers BBDO celebrates the uniqueness of one's vulva by showing risqué-looking objects, like shells and grapefruit, singing along to Take Yo Praise.

Uncomfortable sex should be a thing of the past, Durex says

While many women may experience discomfort during sex, few talk about it and less than 50% do something about the problem, according to Durex. So, the condom brand is destigmatising lubrication in its spot by Havas London. "Ladies, let’s lube" initiates by celebrating women who have pushed against gender norms, like shaving body hair, and fought for equal rights, before challenging why women "still put up with uncomfortable sex?"

McCann and Mother among agencies uniting for women-in-work campaign

Normalising the menopause conversation is the ending of utterly pointless stigma

Why I’m optimistic about gender equity

Say no to tokenistic panels this International Women's Day

Creative people, it's time to get with the platform

Havas partners with JCDecaux and Facebook to profile female innovators

Why I quit Coca-Cola... and why I came back

A view from Dave Trott: Don't just ask for what you want