History has taught us to expect some regressive steps from the latest technologies before a quantum leap.

Conan O’Brien, the US chat-show host, did what he does best in conversation with CNN anchor Anderson Cooper before a packed house at the Cannes Lions back in 2013. He tapped into culture and the current state of things. When he pointed out that everyone in the audience holding up their phone or tablet without actually seeing with their own eyes was completely disconnected from what was going on around them, he spotlighted reality with a joke.

Over the years that followed, if anything this behavioural trend got worse. And yet, by January, Silicon Valley appeared to be experiencing a shift.

Over in New York, Google, Facebook, Twitter and even Snapchat presented to the advertising industry against a changing backdrop characterised not by yet more screens but the peeling away of our digital experiences. There now exists a new race of subtraction, if you like, towards the paring back of that evil layer that once stood in the way of seamless consumer immersion in digital information, entertainment or other shared experiences: the screen.

What’s driving this is the rapid emergence of voice-command devices. From Amazon’s Echo and Google Home to arguably even Snapchat’s Spectacles, there is a new generation of lighter and less obtrusive, more naturalistic interfaces. And the fundamental difference is that they let you carry on with whatever else it is you are doing without a screen getting in your way.

For proof, look no further than last month’s Facebook F8 conference at which Mark Zuckerberg gave an update on the current version of Facebook’s ten-year roadmap development towards the goal of giving "anyone the power to share anything they want with anyone else". This points to a mixed-reality world without any screens at all. A world where everything gets projected straight into our eyes. A world where we control everything directly with our brains without those clumsy human devices called hands and fingers getting in the way. 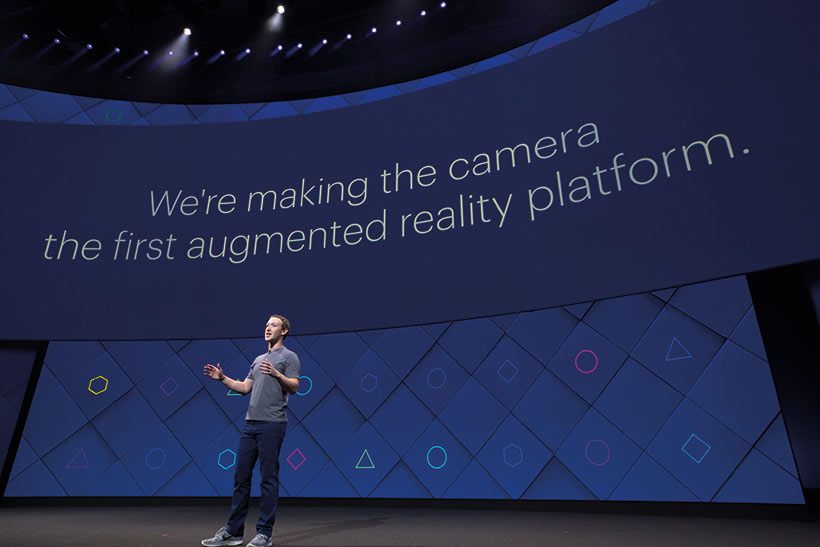 Thanks to Steven Spielberg, we don’t need to wait for this vision to become reality – all we need to do to see the type of ads and brand interactions we will be creating in the future is watch his 2002 film Minority Report. But let’s regress for a moment, to the present. Because what I’m really curious about is the in-between. I mean those odd years between here and there – the puberty of it, if you like.

This in-between period provides an opportunity-rich window also made up of awkward moments where voice command is gaining a bigger role but not everything is fully there yet. Moments like the recent Burger King TV commercial triggering Google Homes across households in America is a glimpse of what’s to come: part-awkward, part-opportunity. Either way, it was pure creativity applied to gain advantage and seize an opportunity.

Over and beyond cleverly pranking your way into it, just think what type of ads will be created when tech companies begin to properly monetise this new media.

Look back to how media developed over past decades and there were always moments of a somewhat odd and backward journey before the establishment of something completely new. Like when TV started and people were read out stories on-screen just like they did on radio. Like the internet, too, when in its early days "advertising" comprised banners that seemed like a cross between bad print advertising and a grainy (pixelated for the digital natives) title card from a silent movie. And now? Well, most social media ads have gone back to longer-form film, which has become progressively scarcer on television, and so on.

What, then, will happen to those devices with which we will interact only with voice commands? Will we start getting briefs for voice-only media signifying what is, in effect, a shift back to radio? True, this doesn’t seem like the best use of devices that have more computing power than the rocket that put man on the moon. Yet those odd, backward journeys have been a constant in the evolution arch of many a medium.

So, for creatives, the message for now must surely be: stay flexible and open-minded. Don’t stick to what you have always done simply because tomorrow remains unclear, nor judge the success or otherwise of new strategies too quickly. For the in-between world in which we currently find ourselves today is a passing phase.

Bringing together magic and machines: IPA's Golding shares her vision for advertising

How can brands retain humanity in an increasingly robotic world?

Is voice search a conversation for marketing or advertising?

Why Deezer's killer app is making music more intimate than ever