What does it take to create a successful new drinks brand? Kate Magee finds out from the founder of non-alcoholic spirit brand Seedlip and the founder of Diageo's innovation accelerator.

There are only so many tonic waters you can order on a night out before your taste buds start to revolt.

It’s a problem of which tee-totaller Ben Branson was all too aware: "I was sick of drinking tonic water on its own and I didn’t want to order a Shirley Temple with umbrellas and cherries hanging off it." 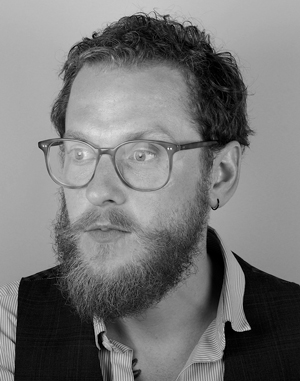 The former brand designer was convinced there must be more interesting choices for alcohol-free drinks. So he bought a copper still and started playing around in his kitchen with herbal remedies, using a book written in 1651 by physician John French, The Art of Distillation.

"I wanted to solve the dilemma of what to drink when you’re not drinking – a good grown-up sophisticated alternative," he says.

The result of his tinkering, just three years later, is 12-strong company Seedlip, an alcohol-free distilled spirit available in Fortnum & Mason and Selfridges, in high-end bars including at The Savoy and in 35 Michelin-starred restaurants including The Fat Duck and The Ledbury. Last year, drinks giant Diageo took a 20 per cent stake in the company.

Branson personally bottled and labelled the first 1,000 bottles. He is on the road more than 240 days a year and recently attended 20 events in 20 days, offering in-store sampling

But behind every fairytale story is another tale of hard work. Branson personally bottled and labelled the first 1,000 bottles. He is on the road more than 240 days a year and recently attended 20 events in 20 days, offering in-store sampling. "I would not recommend that to others. I was running around with bottles of Fever Tree tonic and Seedlip to anyone who would have me."

He also naively put his personal mobile number and email address on the Seedlip website, another thing he "highly recommends" others do not do.

Part of his success has been down to two serendipitous meetings. The first was meeting the head drinks buyer at Selfridges. "She told me, 'you will have 15 minutes of my time and I don’t like anything without alcohol in it'. I ended up spending an hour with her. I left with her saying she’d love to stock it in Selfridges, and having sent emails to the five best bartenders in London telling them to check it out," he says.

The second was an introduction to Shilen Patel, co-founder of innovation and corporate venturing agency Independents United, and who set up Distill Ventures in partnership with Diageo to find and invest in "the next generation" of spirits brands.

Branson describes the meeting as a "whites of the eyes" moment when the pair worked out whether they could do business together. The result was that Diageo took a 20 per cent stake in the company last year.

Diageo’s investment did not mark the end of the entrepreneur’s story. Instead of using Diageo’s resources, Seedlip set up its own infrastructure, finding a bottler based in Lancashire.

Branson believes it is crucial that the first impression of his company is Seedlip rather than Diageo. "We’ve never asked for any sales introductions, partly because I’m extremely stubborn. It is a measure of my company - can we do this on our own or are we relying on lots of other people?" he says.

It is this attitude that attracted Distill Ventures to investing in Seedlip, Patel explains. "We’d be worried about an entrepreneur who feels it necessary to rely on a bigger company for sales leads," he says. "It’s the entrepreneur’s job to get listings and find the right suppliers."

The Distill Ventures model works by offering Diageo a way to invest in new spirit brands that will continue to be run independently. Diageo has the option to purchase the business outright at a later date. Distill Ventures is independent, but Diageo is its sole investor. Diageo will offer money, and assistance such as technical, legal and marketing expertise.

Patel says: "The world is changing fast, especially consumer packaged goods, towards smaller, what people call 'artisanal' or 'craft' brands. We despise the word 'craft'. What they are really talking about are founder-led brands - companies with one or two founders driven by a need to solve a problem in the world that they experience themselves. They have a mission. They don’t start with the intent of making lots of money, but solving a problem." 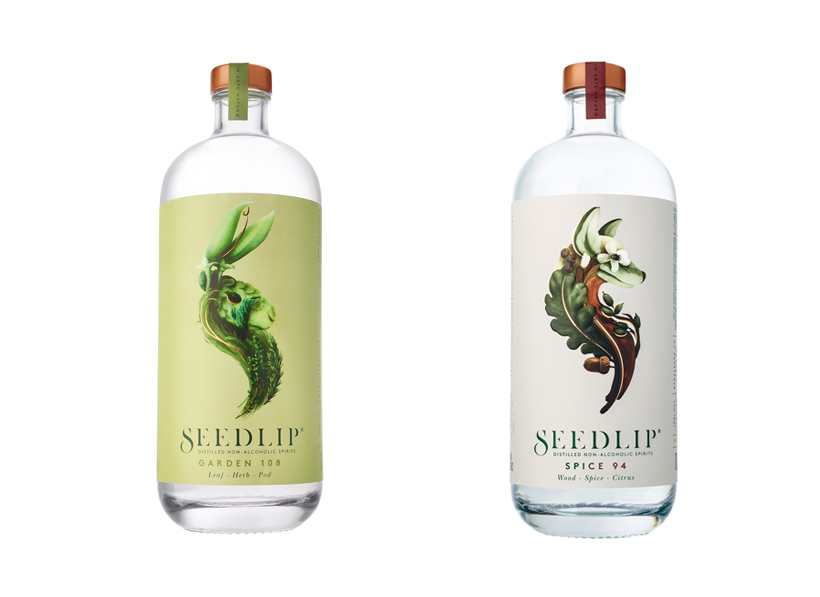 From adland to enterpreneurship

Branson believes his experience of working in adland helped him shape the Seedlip brand. He started his career at Pearlfisher, and spent time at brand consultancy Seymourpowell and Holmes & Marchant. He did freelance work for Bluemarlin, Nike, Design Bridge and then set up his own design consultancy, in which he sold his stake once Seedlip took off.

"I’ve experienced a lot of bad briefs in the past where the client is not really sure what they want or are asking for. So my challenge to myself was can I create a really good design brief to bring this brand to life?" he says.

He also knew he had to create a meaningful and relevant brand with which people could connect. "People are very busy, they don’t think about drinks all the time. I wanted to make it simple for people to understand," he says.

The main difference moving from agency side, Branson found, is the sheer breadth of things with which he is now involved. "When you are agency side, you forget all the other aspects of the business. A client comes to you and says we’re doing this new piece of innovation, this campaign, or are repositioning the brand. All the other elements of supply, sales, finance don’t touch the brief. Even the brand managers at big corporate clients don’t worry about supply side or distribution. That was my biggest lesson moving from agency side," he says.

Despite having many advantages, Patel is wary about entrepreneurs coming from ad agencies. "We meet a lot of people out of agencies and they get brands. But sometimes these people have already made their money and are taking a bit of a lifestyle decision to start up a business.

"For Ben, this was not a success unless he had solved a problem for people. He has drive and commitment. Ben is on the road more than 240 days a year, speaking to customers, influencers, hustling his way into Selfridges. That sense of hustle is part of the founder mentality, they have a conviction with which they operate."

The problem with agency accelerators

There has been a flurry of accelerator programmes launched in the past few years, as agencies and big companies look to get involved in the thriving start-up scene. But Patel believes there are a few problems with such entities.

First is that these programmes are often solving problems the company is having, not consumers. They are too focused on solving their own issues rather than creating something that people will genuinely want to buy.

He also thinks large corporates and agencies often believe their marketing model is the same as that for start-ups, but he argues that selling up to 100,000 units of a product requires very different methods. "This is one of the things we had to explain to Diageo early on – you can’t apply your big brand marketing model to these companies," he says.

Instead it requires having a flexible, iterative approach to marketing. Patel explains that his best entrepreneurs are focused on one thing – selling their product, and this leads to a fleet of foot approach. "The idea of spending six months working on a campaign that might not even work is crazy," he says.

5 Tips: How adland’s accelerator programmes can get it right

Put your money where your mouth is

Accelerator programmes need to be properly invested in a brand or the incentive is not there to create genuine, lasting success. It can’t be a short-term vanity exercise.

Patel is personally invested in Seedlip: "I don’t make any money unless Diageo buys Seedlip. The amount I make is contingent on what they buy it for. It’s like a good coaching relationship, I’m in, 100% committed. Lots of accelerators are only in it for six weeks and then they’re out. I’m asking questions to help Seedlip succeed in five to seven years time."

"Our job is to wrap around the entrepreneur, I think a lot of others get this wrong. They assume the partnership is uneven and think 'poor entrepreneurs, they need money, we’re here to help them.'" says Patel. "You’ve picked them because you think they are magical and are doing something others can’t do. Remember that," he adds.

Remember that marketing a small start-up requires very different skills and activities to an established brand. Don’t assume your way is the best for every company.

Branson says: "Diageo has 1,000 marketeers all over the world. But how much of that is really applicable for us right now?"

Allow the businesses to run independently

Remember there is a reason you have chosen to work with these entrepreneurs – they are doing something you can’t. Consider it an equal partnership and respect their passion and drive to make their business a success.

Look for entrepreneurs who are on a mission to make a change in the world, not those chasing fame or fast fortunes. When choosing who to invest in, Patel is extremely picky: "For every three or four investments we make, we will meet 3,000-4,000 entrepreneurs."

Schweppes harks back to 18th century origins in £6.6m fightback against Fever-Tree

'Transform and unite' are hot topics at Media360

ASA stamps down on record number of ads in 2016