Fabien Riggall, founder and creative director of immersive cinematic events company Secret Cinema Presents, revealed to Event this year that the brand would embark on its biggest production to date, an outdoor event in the summer.

Little did cult film fanatics know it would recreate the world of 1985 film Back to the Future for more than 75,000 fans. Secret Cinema said it would be the company's most ambitious project to date - in 2013, around 100,000 people attended all of its events combined.

On the night Event attended the experience (22 August), crowds of people wearing gilets honouring Marty McFly and polka-dot dresses entered a fenced-off area at Queen Elizabeth Olympic Park in Stratford, east London. Inside, guests were transported to the 1950s setting of the film, including a fully functioning town with a diner, high school, barber's shop and the movie's infamous town hall. Actors cruised around in a Mustang, while an American school bus and pick-up truck offered attendees a ride.

The build-up to the screening allowed guests to watch scenes acted out sporadically - while enjoying American-style snacks from food vendors. Other Back to the Future-related entertainment to delight the crowd included a high-octane car chase involving the movie's famous DeLorean vehicle. 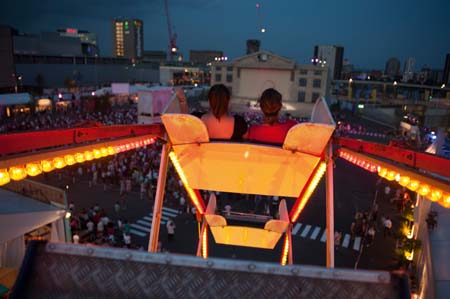 While the event gained media attention beforehand owing to the first week of experiences being cancelled, positive reviews online and in print outweighed this. The event even welcomed the film's writer Bob Gale as a guest, and according to the latest media reports, the company is planning to take the experience to the States in 2015 to mark Back to the Future's 30th anniversary.

Royal Albert Hall to go Back to the Future