Yasmin Arrigo sneaks off to a secret location for the launch of the company's largest production to date.

It was a glorious, audacious debut. The creators of the secret worlds are currently delivering their 48th production, which opened on 8 August, styled as their first festival with a heady mix of live music, theatre scenes and of course an immersive film screening. And there is much to praise about Secret Cinema Presents William Shakespeare's Romeo + Juliet, which transports crowds of up to 5,000 per show to Verona Beach, a sprawling open-air backdrop inspired by Baz Luhrmann’s cult 1996 classic.

For 14 nights, a chorus of live bands, DJs, choirs and artists will unite up to 70,000 over the duration of the run, making this Secret Cinema’s largest production to date. Each of the 5,000-strong crowd per night has been assigned an identity within the warring Montague and Capulet houses and will be brought together to create a truce between the two, while the company’s experience creators and curators aim to establish a niche for themselves within the competitive field of festivals.

Despite the ambitious scale of the production, Secret Cinema’s creative director Matthew Bennett believes the process in creating this particular secret world was relatively easy, given the film’s origins: "Baz took a play and turned it into a fantastic theatrical film production – for us it was a joy to bring the world to life in its original form."

So far, so glorious. Sure, the vast fields of this secret location may lack the intimacy and ease of character engagement that the crowded warehouses hosting Blade Runner and Star Wars: The Empire Strikes Back delivered. Perhaps the post-modern backdrop of Luhrmann’s Verona Beach didn’t quite boast the queues for street food trucks and toilets seen at this secret location. Bennett reveals some of the challenges in creating this immersive world included keeping the structures affordable and staying within budget when such incredibly creative and ambitious minds meet – conceding that additional structures had been in the original plans.

But with sumptuous sets and spot-on casting (squint and it could be the original film cast up there on stage), Secret Cinema’s decade of experience shines through. This coupled with its confidence in delivering an instant hit of hedonistic moments, such as inside the Capulet mansion or in an orchestrated spot minutes before the film as the two houses meet, explains why so many brand experience creators continue to keep a watchful eye on the influence of this company, and the fans who engage with it. 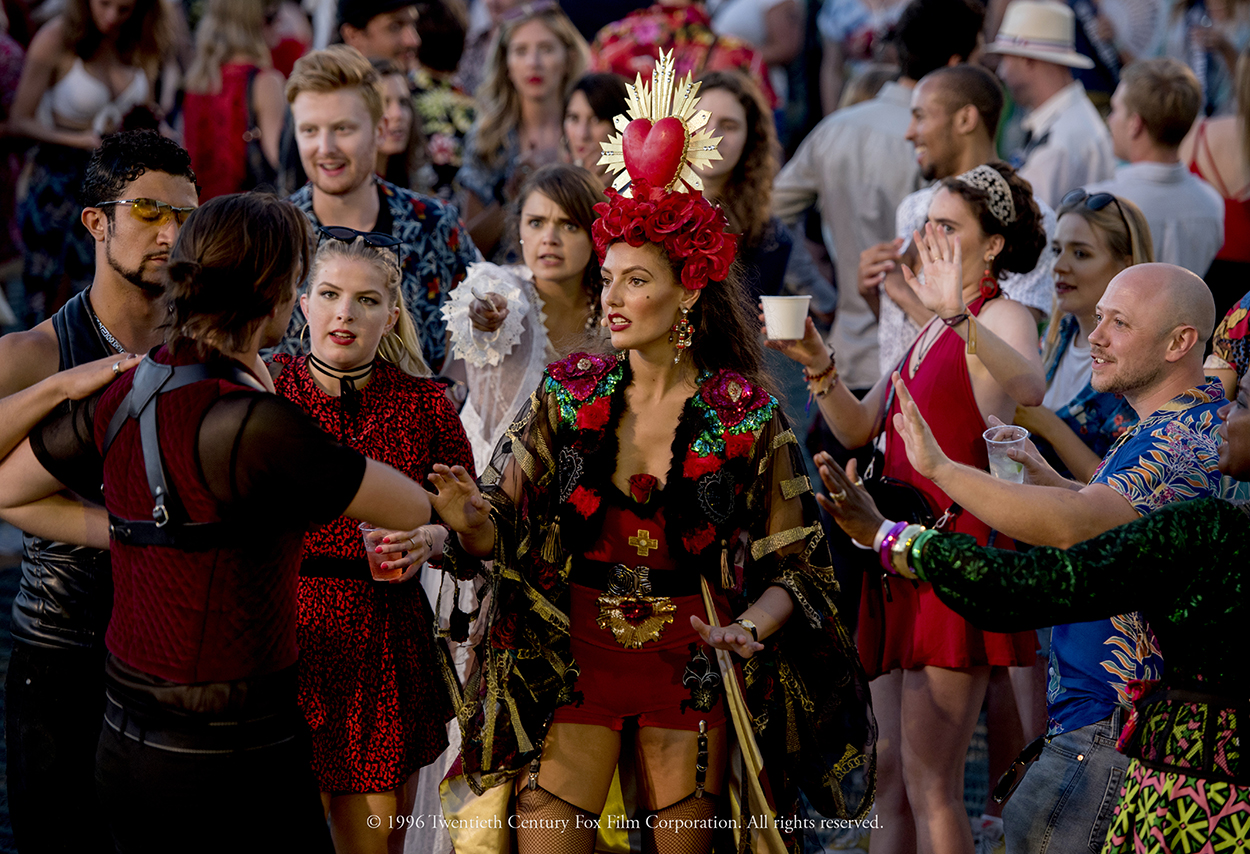 Once again, the team’s talent for weaving in partners to the narrative is on show, with brands such as Sky Cinema presented as a news service delivering an endless stream of breaking updates to the audience and Kahlua and Camden Town each having their own hero moments within the evening. Charity partner MAC UK's work with young Londoners affected by knife crime and gang culture was emotively embedded into the production and its digital presence.

Indeed, the opening night had much to admire, and then it came – a plague, on both their houses. A deluge from the skies, which led to a crowd of more than 4,000 waiting outside a Zone 3 tube station making themselves less than secret as a Twitterstorm revealed the cancellation of the second night, on 9 August 2018. The swift statement released by the organisers explained that  "due to extreme weather conditions we were unable to open tonight’s performance. At around 5pm there was a sudden and unforecast thunderstorm which inundated the site, making the entrance a health and safety concern. It was at this point we had to take a last-minute decision to cancel the show as safety must be our primary concern."

Ticketholders were offered an alternative date or full refund, but this did little to quell the rage of a 5,000-strong crowd dressed in Hawaiian shirts, angel wings, costume masks and Capulet or Montague tattoos. Memories of 2014’s Back to the Future furore resurfaced, accusations of poor event planning ensued and what also became clear was that an audience used to indoor experiences had underestimated the outdoor nature of this event. Yet 10 years in, the brand has built up a loyal fanbase, many of whom stayed in Shakespearean character as the insults flew – yes we bite our thumb at you, chided the tweets.

Fortunately, this tale did not develop into a tragedy. The cancellation was for one night only and just 48 hours later, the ultimate coup was delivered when Baz Luhrmann himself turned up, bringing his kids in tow for their first viewing of his iconic movie. Rose McGowan, Zendaya, Tom Holland and notably vocal Instagrammers joined the Montagues and Capulets as Secret Cinema’s talent for directing an audience was displayed to the max.

The hashtag #secretsummer hints that this is a long-term shift for Secret Cinema, which Bennett tentatively confirms: "We want to do secret festivals every summer. These shows provide the light to our winter shows, productions such as Blade Runner, delivered in warehouses with a very involved narrative. Summer shows offer the chance of mass audiences and broad colourful structures."

Whispers of another show to conclude the year could not be confirmed but plans are afoot for a new venue. So while this summer’s festival will take with it some inevitable learnings, the company should be commended for once again daring to dream bigger than ever, and as The Bard himself said, to "seek happy nights to happy days".

Fabien Riggall on closing the distance between digital consumers