The immersive cinema brand's founder and creative director tells Yasmin Arrigo why brands should pay close attention to the growing importance of live experiences, and his vision for the future of Secret Cinema 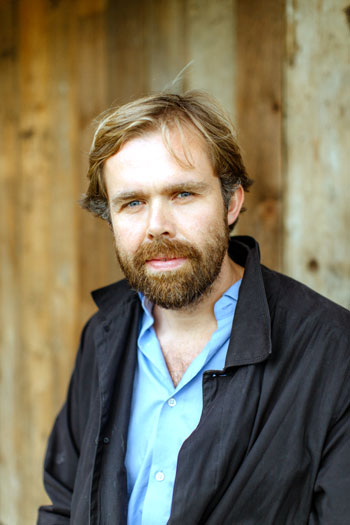 A bus stop outside a Tube station, somewhere in London, is the meeting point to get to, before being escorted on to the set of the latest production by Secret Cinema. Tell no one, they remind – this is the premise of the immersive film specialist, after all.

In a trailer on the set, formerly a squat party venue and disused for years, Secret Cinema’s founder and creative director, Fabien Riggall (right), is reflecting on a decade of "creating worlds". Founded in 2007, the company – which creates film-based experiences blurring performance, audience, set and reality, often in disused buildings – has racked up an impressive 46 productions, with Star Wars: The Empire Strikes Back and Baz Luhrmann’s Moulin Rouge among the more recent ones to immerse audiences in their secret worlds.

Its latest production is built around Ridley Scott’s Blade Runner. Riggall believes the neo-noir sci-fi classic is incredibly salient in 2018. "It’s such an important film to me, how it explores identity and humanity and the idea that technology gone rogue can be dangerous," he says.

Like the 46 productions before it, Blade Runner isn’t merely a screening of the cult classic. "We’ve taken the film as an inspiration, and turned it in to a theatrical world." In fact, with more than 60 shows running until July, Secret Cinema’s take on dystopian downtown Los Angeles will be its most technically ambitious project to date, welcoming 900 people a night, across 80 events.

Riggall’s obsession with film began as a child: "It was an adventure in itself to get to the cinema and, as a child, there is very little distinction between fiction and reality. I saw Once Upon a Time in America when I was 11; it was the most beautiful, epic experience and I just lost myself to the screen." After school, a series of roles making short films and ads followed, including a role as a producer’s assistant and a stint at Rogue Films. Then came the early seed of what would become Secret Cinema – creating a "a social club night", with its own distinct culture and following. Future Shorts, a 90-minute film followed by a DJ set, was followed by Future Cinema, which popped up at Fabric and at Glastonbury – and, memorably, under London Bridge for Nosferatu.

But the 'secret' element came later. "We wondered if we could build a world around a film, but not tell anyone until the event itself," he says. With its launch screening – Gus Van Sant’s Paranoid Park – in 2007, the worlds were born. Riggall feels the brand came in to its stride with the production of One Flew Over the Cuckoo’s Nest, where the audience went through the process of being sectioned. "We really worked to break the stigma around mental health. What we do can provoke, can create debate, and can break taboos."

And create debate he has. As co-founder of MarchforEurope, Riggall helped mobilise the biggest political demonstration of 2016 in the aftermath of the Brexit results – as Secret Cinema’s founder, he has strived to bring communities together through culture, showing La Haine in Tottenham after the riots and organising screenings in the Jungle refugee and migrant camp in Calais.

The decade has not been without challenges. Ticket prices have risen to become more in line with theatre than cinema, but Riggall believes the company has created a legacy in each area, delivering jobs and free screenings for the local community while transforming a space or disused building into something to be used again.

Unsurprisingly, he lists 2014’s Back to the Future production as his biggest challenge – where, for the first time, Secret Cinema wasn’t able to open on schedule. Lessons were learned across the organisation, with scrutiny over mistakes and processes put in place to avoid the situation arising on subsequent productions.

The following year, Star Wars: The Empire Strikes Back was as scale-defying as the galaxy itself, with an 100-date run. It was the year Episode VII: The Force Awakens was released, and audiences of 1000 ‘Rebel Forces’ poured in night after night in a striking testament to the popularity of live experiences. "So much of life is now experienced through a screen, addictions to mobile is growing – but we need new adventures, new social experiences, and here you get to stand up, walk about, interact, explore the story, and actually get to know humans," Riggall explains.

Competitors have launched as immersive experiences grow more commonplace, yet Riggall's company’s point of difference remains its sheer level of ambition. "Secret Cinema is really complex, which is why no one else is doing it on this scale. For each production, we create thousands of identities."

This deeply attentive approach has won the hearts of cinephiles who flock to its pop-up shops for costumes and interact with the bespoke digital world that it creates for each production, but it is on set where the scale and creative ambition of Secret Cinema is most evident.

With a week to go to the first night of Blade Runner, feedback is coming in from the preview nights where friends of the company are trialling the experience. Riggall wanders through, observing the changes being made, then spots a beautiful ageing piano and stops. "Someone needs to graffiti the shit out of that." Nothing escapes the founder’s eyes, but is it hard to translate such an all-encompassing vision? Andrea Moccia, producer with the company since 2013, comments: "This is how his mind works. We then go through a visualisation plan and a technical plan – it is how we translate his vision. Our show is so audience-dependent, we are only ready to go once they are in."

Riggall agrees, describing himself as a curator, influenced by what the audience want to participate in, rather than passively spectating. And for Blade Runner, a film renowned for product placements, the hope is that the audience will engage with the supporting partners that have been integrated in to the storyline, with Tesla as the cop car and Johnnie Walker as the signature drink of the nightclub.

"This is certainly a new form of advertising and, as long as it is the right film, the right association with the film, and we can weave brands in to the world that we’ve created, then we are open to these partnerships," Riggall explains. The organisation itself is scaling up its partnerships, with the recent appointment of The & Partnership to handle strategy, content and social, with sister agency M/SIX looking after media.

Riggall and the team are forever dreaming of more productions. Apocalypse Now on a boat down the Thames; Once Upon a Time in America under Brooklyn Bridge; Gladiator in the heart of Rome – the wishlist is long, and a location team is constantly scouting for venues and spaces, from parks to disused warehouses ready to welcome the company’s growing experience-hungry fanbase.

So what comes next – global adventures, festivals or bespoke experiences? The coveted Brooklyn Bridge epic celebrating the film that effectively inspired the vision that thousands of fans have embraced and experienced?

Riggall isn’t going to spill the beans – he knows how to keep a secret. And as the company celebrates its 10-year anniversary with the launch of its biggest production to date, a new world awaits.

Blog: How experiences are becoming the new social currency

Blog: The hype of secret experiences

Secret Cinema heads out of London for 28 Days Later