"Like all American cities, LA is changing and East LA is having a huge influx of creative people."

One Thousand Birds, a sound and creative tech company, which has worked with Quibi, Old Navy and Disney, recently moved from the traditional Los Angeles production hub of Culver City to Highland Park, an emerging neighborhood east of downtown.

The company shares a unique space with the ad agency, Chandelier Creative. Called the Owl Bureau, this former Owl Drugs store appears like a typical retail storefront until you enter. The ground floor is warm with wooden shelves of new and used books, some from Chandelier founder Richard Christiansen’s personal collection and others from New York City's Mast Books.

"Like all American cities, Los Angeles is changing and East LA is having a huge influx of creative people -- filmmakers and production companies -- it is becoming a hub for more creative work," said Jackie! Zhou, a sound designer and mixer who is running the LA outpost. "Also, LA traffic is horrible, so having a sound-design option in Highland Park is good because a lot of people are moving here."

That exclamation mark behind Jackie! has been there since Zhou added it on a whim in middle school. "There were multiple Jackies in my class," she said. "I wish I had a cooler explanation."

Before working in advertising, Zhou did sound design for feature productions and ground-breaking projects, such as singer Janelle Monae’s 2018 short film "Dirty Computer," a dystopian mini-epic that accompanied the album. 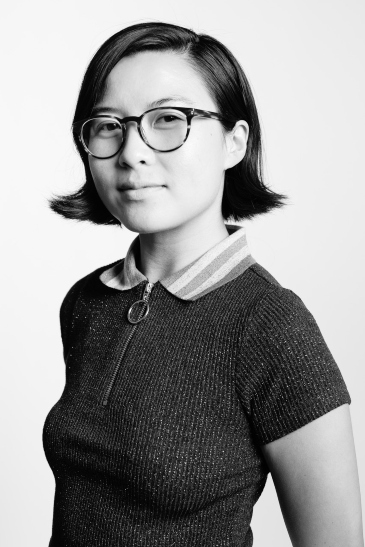 As the screens get smaller, the sound gets bigger. One Thousand Birds’ clients are looking to grab emotions in a time of short shows and six-second pre-roll ads.

Upcoming streaming service, Quibi, which is produced for mobile viewing, assumes that viewers are hunched over iPhones and AirPods, making sound both a bigger and more intimate factor.

The team previewed its work on the Quibi show, "Wireless" at CES. The plot has a driver, trapped over a ravine, during a blizzard, texting for help on a smartphone.

"The phone taps are heavier, you can feel the anxiety," said Zhou. "It was all shot on a soundstage in Burbank, but the sound of the wind helps create a world of a snowbank. It  allows people to transport in a different way; sound takes them where they need to be."

One Thousand Birds worked on a virtual reality project for Disney. It also is readying a 30-minute, branded-content piece for Neutrogena on the importance of sun care.

The Los Angeles office also named KT Pipal as a sound designer and producer alongside Zhou. It joins offices in New York City and Bogata, Colombia. As more companies are delving into sonic branding and immersive sound, Zhou says a day could include One Thousand Birds staffers making a sound recording in New York, reviewing and editing the files in Los Angeles, then on to Bogata for mixing.

What else does Los Angeles bring to the mix?

Nachos get the Hollywood treatment in Taco Bell's latest