In an interview with Campaign in New York, Lindsay Cole and Devon Hong from Droga5 share insights on the agency's evolving partnership with Japan's apparel giant.

In 2016, Uniqlo partnered with Droga5 to develop brand and product films for the apparel retailer's first global campaign. The films aired in Japan from August and internationally from September. Under the banner of "The Science of LifeWear," the integrated campaign explores universal truths about human attitudes to clothing, asking "Why do we get dressed?"

While Uniqlo may have surprised some in Japan by choosing to work with a foreign agency on such an important effort, the move made complete sense for Tadashi Yanai. His mission as CEO of parent company Fast Retailing is to lift the apparel retailer from third in the world to first by 2020. John C. Jay, president of global creative at Fast Retailing, aims to vault Uniqlo to the top through LifeWear, a concept that debuted in 2013. LifeWear embodies Japanese values of simplicity, quality and longevity in the quest to perfect everyday clothing that is at once fashionable, comfortable, and affordable.

Campaign visited Droga5's New York headquarters late last year to speak with group account director Lindsay Cole and creative director Devon Hong about what brought Uniqlo and the agency together and how the relationship has evolved. 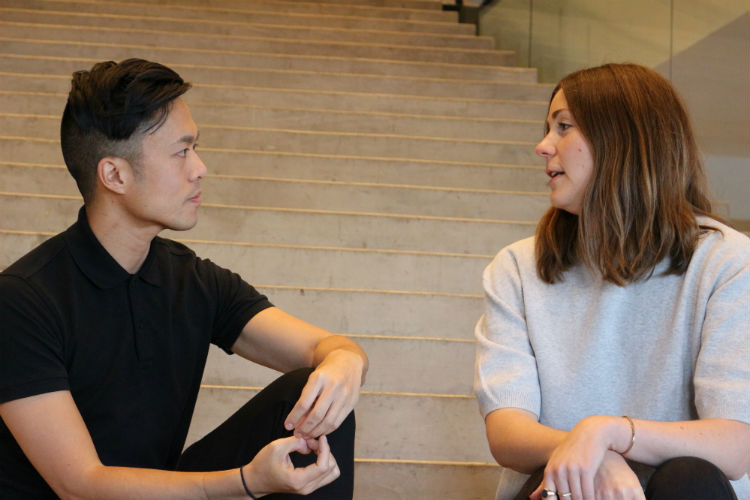 The agency is headquartered on Wall Street and also has an office in London. Since David Droga and five others set it up in 2006, it has expanded on the strength of its reputation for unconventional thinking, winning the Cannes Lions International Festival of Creativity's Independent Agency of the Year award in 2015 and 2016. Droga5's 675 employees serve a diverse client list that includes Anheuser-Busch InBev, Google, Under Armour, UNICEF and Unilever.

It was Jay who initiated the partnership between Uniqlo and Droga5. The former creative head of Wieden+Kennedy sought a partner for an American campaign that would help change how people see clothing. Cole says simply that Jay shortlisted Droga5 because he was familiar with its work and admired Droga himself.

Hong recalls that the Science of LifeWear concept evolved when his creative team took on Droga's challenge to present science in an engaging way. Droga had been intrigued with Uniqlo's passion for integrating technology with style and comfort. A video by Richard Feynman proved particularly inspirational, the American theoretical physicist and Nobel laureate famously declaring that science "only adds to the excitement, the mystery and awe of a flower."

Hong notes: "This insight about something becoming more beautiful the more you understand it—whether it be a flower's geometry or how bees pollinate—was a real mind opener. We realized that the same principle essentially applies to Uniqlo. If you look at the details of the clothes and why Uniqlo makes them you have a greater appreciation for what it actually does. There is some beauty in observing life that way."

Yanai liked "The Science of LifeWear" so much that he wanted to make it part of a global campaign that would also encompass the company's home market. So, Jay sent the Droga5 creative team to Japan to immerse itself in the local culture and life, reconfiguring "The Science of LifeWear" to make it relevant in the home market as a reminder of Japanese values and in the rest of the world as an injection of Japanese thoughtfulness and philosophy.

Cole says: "It would have been easy for Uniqlo to tell us to read a book or a bunch of historical documents. But John Jay wanted us to understand that things aren’t always what they seem in Japan. The culture is very layered and complex. So we talked a lot to a lot of people to dig into their thought processes. They included the architect of Uniqlo's flagship stores and the designer of the original Uniqlo logo. All those firsthand perspectives allowed us to hear and see new things."

She adds: "We and Uniqlo focused relentlessly on how to solve a business challenge together and move the brand forward. I think that exchanging ideas made the work better."

"The initial result," says Hong, "is that campaign films we created are almost like someone's thought processes because so much more goes into Uniqlo’s clothes than meets the eye. A lot of fashion advertising can be quite superficial. Uniqlo asked us to change the conversation about fashion and show how thoughtful it is. In working through the process with them, we wanted to make sure that comes through in our work, questioning why people put on clothes every day because most of us never stop to ask that fundamental question." Cole adds that "the best innovations start with questions."

Where to next for the campaign? "Unveiling the thinking behind Uniqlo's clothing is a great start, providing a solid path to understanding," says Hong. "Going into our next round of work, we will provide consistent messaging whose main takeaway for consumers is that Uniqlo has added value and thinking in all its pieces."

The provocativeness of "The Science of LifeWear" has undeniably drawn attention to Uniqlo and its values. Whether the campaign will ultimately succeed in its objectives is impossible to tell at this stage. But it’s refreshing to see a fashion brand take a risk to raise itself above the crowd.

The inexact science of foreigners in Japanese advertising