Work is being released online today.

Coca-Cola has begun a global roll-out of its festive ad showing a father’s mission to deliver his daughter’s Christmas list to Santa Claus.

As Campaign revealed in September, the brand has enlisted Jojo Rabbit director Taika Waititi to direct the spot, which has been created by Wieden & Kennedy London.

The ad begins as a dad leaves home to work on a coastal wind farm, before realising he forgot to post his daughter’s Christmas list to Father Christmas.

He then sets off on an epic journey through water, forests and open terrain before arriving at the North Pole, where Santa is waiting in his trademark Coca-Cola truck.

The dad finally opens his daughter’s letter, which reads “Dear Santa, please bring daddy home for Christmas”, prompting the pair to reunite as Santa drives away.

The global ad was produced through Hungry Man, which appointed Waititi to its team in 2008. Media is handled by Wavemaker.

It is set to launch across 90 markets in December alongside Coca-Cola’s classic “Holidays are coming” ad.

“This year, the Christmas season is set to be more meaningful than ever before,” Kris Robbens, marketing director at Coca-Cola Great Britain, said.

“As a company, Coca-Cola has been celebrating the festive season through our advertising since the 1920s, featuring uplifting messages of unity and joy.

Robbens continued: “Our new ad reflects the real magic of Christmas – our greater appreciation for loved ones, a sense of community and our need to be present with each other this Christmas, above all else.”

Coca-Cola is known for celebrating the festive season with a nationwide tour of its truck, in reference to a festive campaign from 1995. However, this year Coca-Cola has confirmed that the tour has been cancelled due to Covid-19. 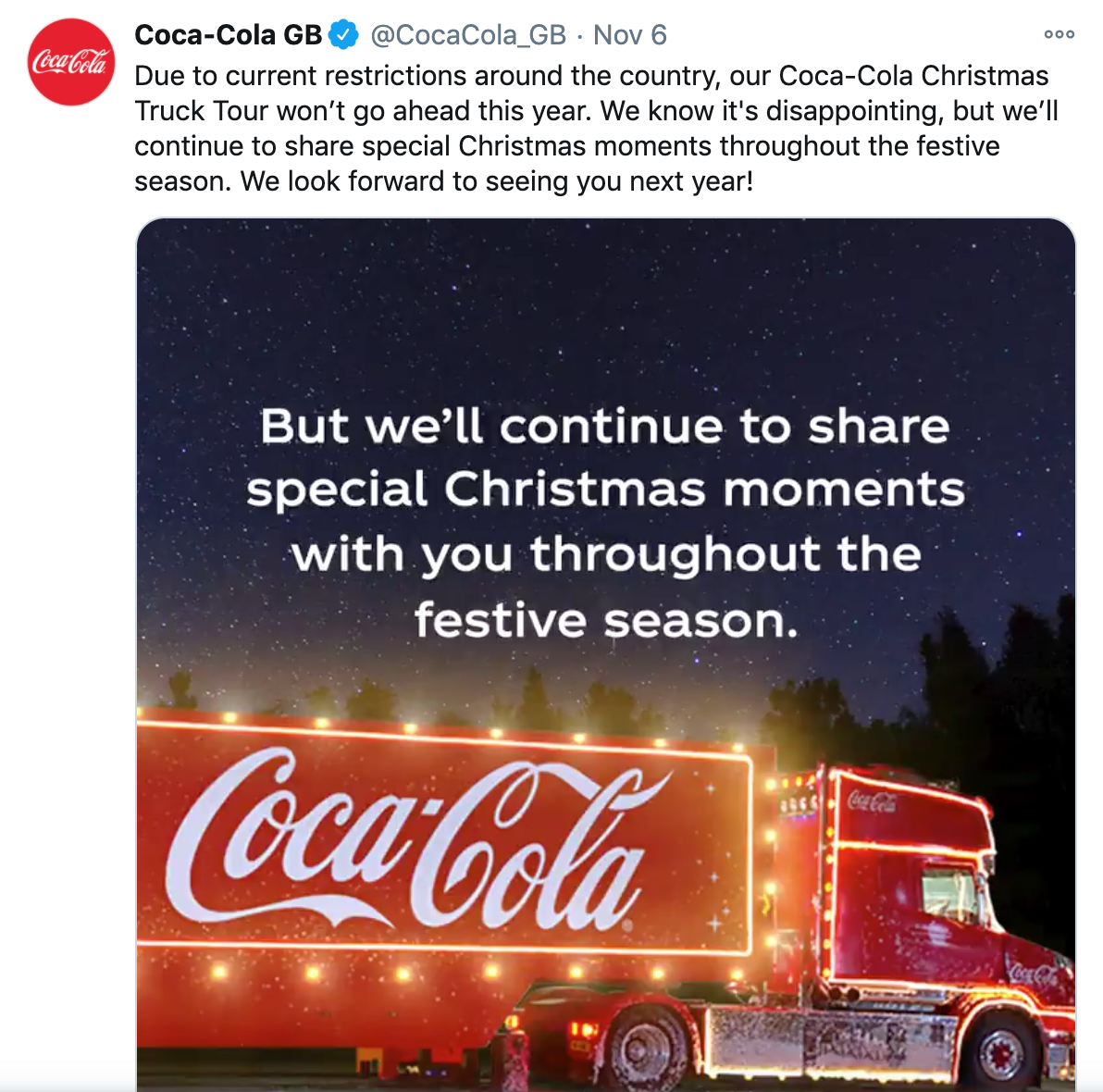 Last year's Coca-Cola Christmas campaign encouraged people to come together during the festive season through a less welcoming depiction of Father Christmas.

Three acknowledges the hard work of our phones during 2020