Partnership means no RFPs or strings, with month-to-month contracts, says the 22-year-old who started the agency in his college dorm.

Modifly is one of many young agencies that gained a foothold in the ad business thanks to the social media revolution.

Not many of those start-ups can claim a founder who launched the business at the tender age of 19. Elijah Schneider, the founder and CEO of Modifly, created Modifly from his dorm room at Cal State San Marcos, a regional campus in the families-and-football heart of suburban North County San Diego.

Now 22, Schneider manages a team of 17, from an office park across the street from the university, where they create social campaigns, events, branding and even old-school print ads. Clients include Nordstrom Local concept stores, Fancy.com, regional Mercedes dealerships, some cannabis and niche beverage brands that seem to proliferate in Southern California, and, in a meta play, The One Club for Creativity. 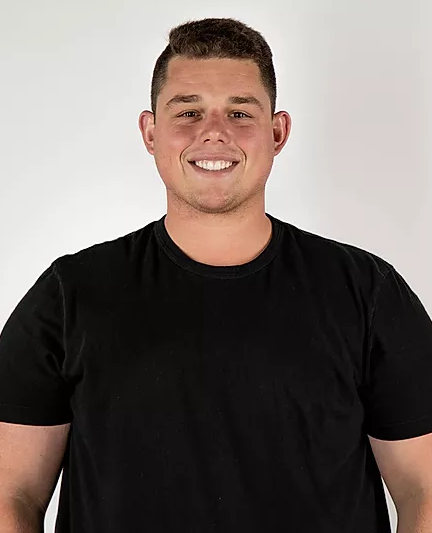 Modifly’s work for the One Club involves raising awareness and participation in awards programs from big-clout agencies, such as Droga5 and McCann.

Three classes shy of an undergraduate business degree, Schneider’s early success could be attributed to a finely tuned emotional quotient. For example, he approached The One Club’s chief executive, Kevin Swanepoel, simply because he wanted to make a new friend.

He also doesn’t collect timesheets, fill out RFPs or sign contracts that go longer than month-to-month. Campaign US caught up with Schneider, who still gets mistaken for the intern, about finding Modifly’s place in the ad world.

You got your first client through a conversation at a party because you thought the company was spending too much on social media. How did that go?

My first client was a technology/movie company. He was paying (his existing social media agency) an excessive amount of money, between $25,000 and $30,000 a month. The content was stock imagery. It basically looked like the agency just screenshotted everything from Unsplash and reposted it with a caption that said, "Come follow us." And then it was the same three captions over and over again.

I think that is the biggest issue with agency marketing. Unfortunately, it is a tainted business in that there are companies out there that promise the world and yet deliver nothing. It is sad because every client I have seen, no matter how big or small, the first set of questions is around legitimacy.

What is it about your personality that you are able to adapt to situations like that and just do it. Is that the entrepreneur’s confidence?

I wouldn’t say I am actually the most confident person. I always doubt things, I question everything. But I think a huge thing is drive. On top of drive, I love working with people. I love helping people, I love talking to them. If I can provide value in other ways, that is a huge thing to me.

How did you get some of the bigger clients, the Nordstrom Locals and Fancy.coms. All of a sudden, was it like, ‘I run an agency now"?

I don’t pitch, we never once responded to an RFP. The goal of Modifly is to be an upstream version of an agency.

We don’t check timesheets, We don’t quote hourly, we quote fees. All media spend is complete pass-through. Half of our clients are spending a higher amount. We don't invoice them for that amount. We just attach their business card. We have a solidified budget, we take care of it. We cost everything out on a fee.

All of our contracts are month to month, every single one.

Why do you do that?

Because of the industry that we are in. These are all things that developed over time, to address the biggest pain points.

The other thing is, we have lost less than five clients ever, and we have worked with 40 businesses, or more. We have done so much work in such a short amount of time.

We don’t pitch, well we are open to pitching, but it has to be the right partnership.

What do you do for The One Club?

We just ran all ads for the ADC Awards and we are talking about next phases with them when it comes to positioning. We were running ads to the Droga5s and McCanns. My team and I were running ads targeting the top 15 agencies in the world.

There is a lot of competition popping up for them right now and so we are trying to help position them as the strongest creative organization in the world, which I believe that they are.

Where is the best place to reach the advertising and marketing community?

From what I have seen, LinkedIn for the decision-makers and for the creatives, I would go to Instagram.

How did The One Club know that you are here, in San Marcos, Calif?

I am on the board of The One Club San Diego chapter. Last year was its first year, it used to be SDX and then they transitioned.

Basically, I reached out by email and said hi to Kevin  (Swanepoel, The One Club CEO). I never thought there would be an opportunity to work together. I just wanted to build a new relationship and make a new friend.

He then was at the launch party for the San Diego One Club chapter, and he was telling me about their issues and some problems they were having over there and I said, "Why don’t we go to dinner tonight?"  We just went to dinner downtown and talked about the issues they are going through. After we told him what we did, he said I love what you are doing.

How about Nordstrom Local. Tell us a little bit about that concept and what you did for them?

When you think of Nordstrom now, you think of massive retail that has just been dressed up to the nines. It looks nice, there are people working everywhere, and the overhead is insane.

What they did with Nordstrom Local, is create a store that is no bigger than 3000 square feet, I believe, that has things like local food places, Pressed Juiceries, with maybe 4 or 5 employees.

It is a new way to shop online, but in a store. You have a sales representative helping you, and that allows for you to find the best fit, based on your body size, and their brand recommendations all the way to new technology for fit. You buy online, and you have been measured, so everything is tailored to fit by the time it comes to you.

The first one they started with was in L.A. What they told us was that four other agencies before us had tried throwing a party to launch it, but it was a very unsuccessful, according to them, no more than 20 or 30 people showed up to the first ones.

Then, they found us through a mutual relationship. We helped to drive, in less than two weeks, over 1,400 RSVPs.

We did social media/Instagram influencers, a little of paid and unpaid. No paid social ads, though. We targeted fashion influencers with a heavy L.A. following. 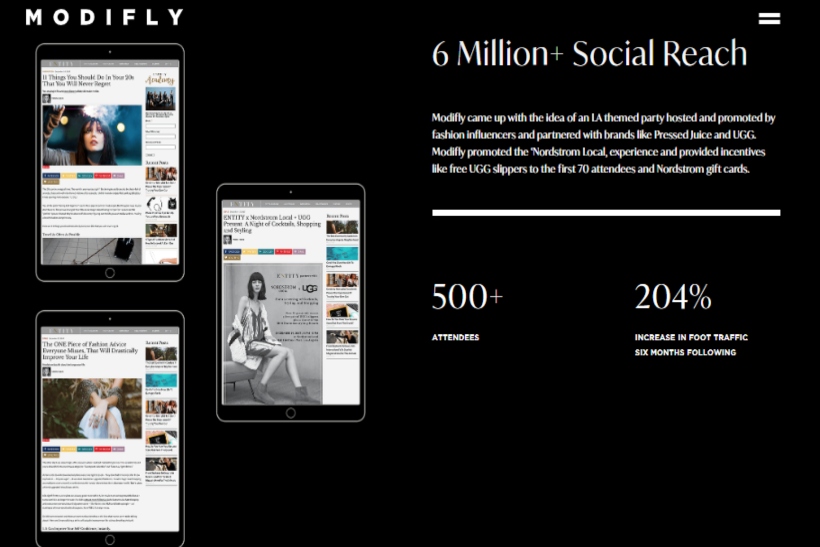 Where will you go from here?

We are not full service and we never want to be. We believe in what we do on socials. However, when people talk about social media, they don’t realize how much actually goes into it. There is creative, there is positioning. There are websites and brand creation. There are so many pieces.

That said, we are running a print campaign now for Dr. Norms, a CBD cookie that has won awards as best edible.

San Diego agencies can be viewed negatively next to other agencies. There is that San Diego culture of, we are going to get off work early Friday and go surf or something.

There is more culture here than we get credit for, there’s our involvement in general with the border, and L.A. and everything else in between.

Let's hear it for the 'Girls,' says Farmer Boys