I grew up on stories about characters who had big dreams and made them come true, against all the odds. We all did. Stories of characters who didn’t have a chance. Whom no-one believed in. Who stumbled and were written off by society.

Often, those were stories about real people, like Steve Jobs, whose dream we still live. But my favourite stories have always been about unexpected heroes who steal your heart. For me, that was Gerald, the giraffe who couldn’t dance. Until he did.

Meet the new Gerald, the Samsung ostrich – an awkward, unexceptional creature who dares to do what others won’t and is determined to achieve the impossible and fly.

In a beautifully crafted, underwritten story, she stumbles, literally, into the (tech) solution to her existential problem and takes wing to the sound of Rocket Man.

She’s featured in a 30-second film that caused my multi-screening teenager to look up at the TV, rewind for a second look and head to YouTube to watch it once again.

It seems that a fair few people did the same: it is top of the "likes" in this month’s poll and, at last glance, had racked up 23 million views in just a month.

This is a great ad. It taps into a deep human truth, reminds us of the power of perseverance and delivers a lovely, well-crafted story you want to watch again. About ostriches, about ourselves and about Samsung.

An audacious brand determined to do the seemingly impossible after an existentially challenging year. Without being schmaltzy, cynical or too heavy-handed. That’s a lot to ask in this day and age. Well done to Samsung and Leo Burnett Chicago.

We all have dreams – some big and some epic. Samsung’s dreams are epic, set to an iconic soundtrack and willing us all to #dowhatyoucant.

Kari Freeburn is head of planning at Publicis London. 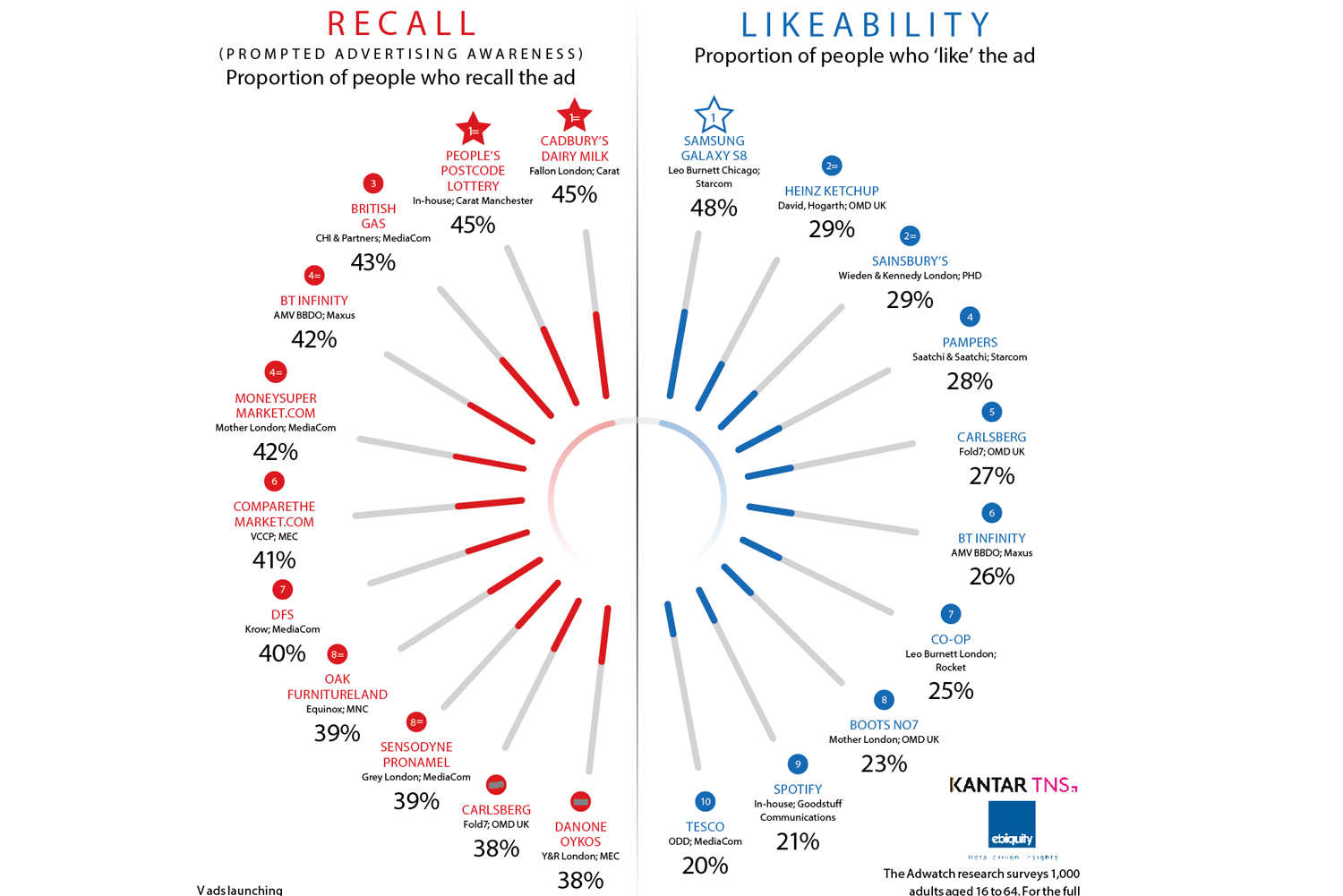 I work in a creative agency, do I need to be worried about GDPR?

Five biggest announcements from Google I/O for the industry

How to truly use AR and VR to tell your story