It's not just the advertising industry that is experiencing a concerted drive to achieve gender equality - it's something that the creative sector as a whole has to face up to.

At a Cannes Lions session on inequality within the film industry we were treated to the statistic that 95 per cent of all Hollywood directors are men.

While this inequality is shocking in itself, what is almost profound is how such a lack of diversity in thinking will result in storytelling falling to pattern recognition. Sound familiar?

The actor and director Samantha Morton, who admits she came from a background that was not easy, is one of those few women who have broken through the barrier – not in a fearsome, flag-waving, overtly feminist way, but rather through her own sheer determination.

The lessons she has learned and the solutions she wants to apply seem as appropriate to our world as it does to the film industry.

Morton, who grew up in care in Nottingham, started her career in bit parts in groundbreaking dramas such as Cracker and Band of Gold. While in character as a schoolgirl prostitute and having tired of people mistaking her for a real one and asking her for sex, she found herself spurred on to make it in the male-dominated world of film and TV.

Her career adviser suggested that she become a hairdresser, but she took her calling from what seems an unlikely heroine.

Morton said: "If Margaret Thatcher can be prime minister, and she’s from Lincoln, I can be in Hollywood. No one’s going to tell me I can’t."

So she run away from home at the age of 11 to escape the horrors of the care system and became an autodidact through the rather un-Thatcherite theft of newspapers and books.

A career in acting followed but her dream of becoming a director was met with sexism, particularly from older men. Some members of the film establishment refused even to meet her yet alone read her scripts. But her determination and her mastery of her craft meant that she eventually prevailed.

The irony, she says, is that in the golden age of Hollywood most screenwriters were women but it has slipped. In order to readdress the balance – and therefore the diversity and quality of the on-screen product – Morton wants to inspire more young women. After all, it’s not such a leap from taking photographs to making films.

And the same could be said about advertising. Everyone of every age experiences and has a connection with brands every day.

Can we as an industry not do more to inspire and help educate those who want to pursue a career in our field in the same way Morton does with hers? I think we’re on the way to achieving this.

As she says herself, "We can’t have it that the oracle is a male opinion. This isn’t about feminist films being pumped into society – it’s about equality." 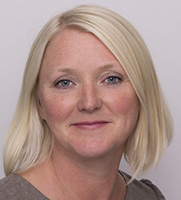 Leadership: Be assertive, not aggressive

Yannick Bolloré: 'Nothing makes me more angry than losing a client'

Crispin Porter & Bogusky: 'we want to expand the role of creative agencies'

Gender inequality: why is Mothercare not called Parentcare?

Lars Ulrich: Metallica turn down 19 out of every 20 approaches from brands

Richard Edelman calls for a consumer 'bill of rights'