A day after Sainsbury's confirmed its market-reshaping plan to merge with Asda, the latest sales figures reveal it is the latter that is now in the healthier shape.

Both were behind the market’s growth rate of 2%, however, while Tesco and Morrisons grew slightly faster at 2.1% and 2.2% respectively.

The combined market share of the two supermarkets, according to Kantar, is 31.4%, down from 31.8% for the same period last year. Tesco’s market share was flat at 27.6%.

Sainsbury’s chief executive Mike Coupe confirmed yesterday that the merged business would retain both brands, and they would become more differentiated.

This was a strategy supported by the shoppers and sales of the two brands, Fraser McKevitt, head of retail and consumer insight at Kantar Worldpanel, said.

"Sainsbury’s appeals to more affluent shoppers (ABC1)," he said. "This demographic accounted for 62% of all sales at Sainsbury’s in comparison to 46% of sales at Asda. 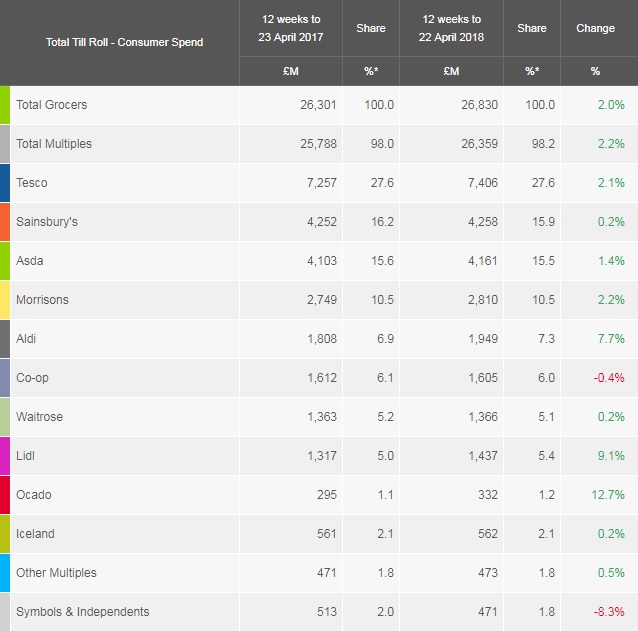 Sainsbury's boss: '20 or 30' ways we could integrate brand with Asda

The Nectar of any business: why Sainsbury's is trialling changes to its loyalty scheme