One of the highlights of Cannes week, Saatchi & Saatchi's New Directors' Showcase shines a light on the world's best emerging film-makers. This year, the focus was on gender and opening more doors for female talent. 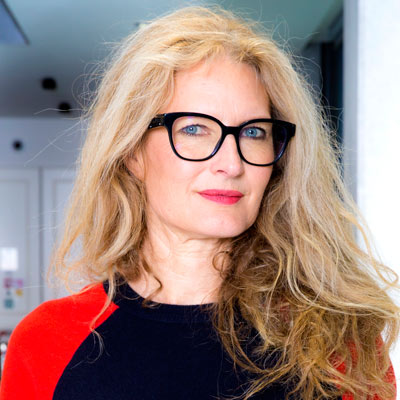 Diversity brings difference
The essence of diversity is difference. And when we talk about diversity, what we mean is variety. Variety contributes new and different voices. It’s about different stories. It adds richness and texture. It’s that extra magic we’re always searching for.

It’s when we start celebrating differences that we stop focusing on the patterns and similarities that we use to group people and start uncovering and understanding what makes people unique and different. From planning to implementation of work, if we continuously question whether we’re being diverse we’ll begin to fully understand our audience and become better storytellers. After all, our job is to walk in the shoes of the people we com-municate with on behalf of our clients.

This year, we wanted to use the New Directors’ Showcase as a platform and a tool to talk about gender and galvanise the audience to open their eyes. The beauty of the reel is in its variety. There’s nothing quite as powerful as bringing together raw talent and enabling fresh blood to channel their opinions, experiences and stories, and you can tell it’s what other people crave too as we fill our 2,000-capacity auditorium without fail every year.

The New Directors’ Showcase distilled is about welcoming, promoting and actively encouraging a wide variety of backgrounds, opinions and approaches. It stands for the differences in the world and ultimately reflects and celebrates them. 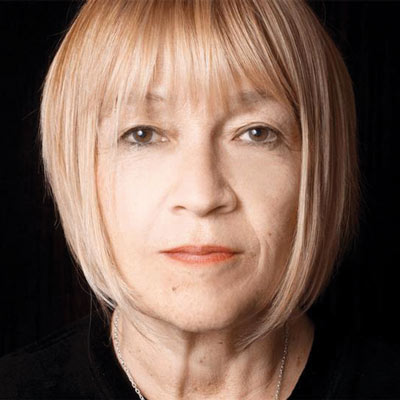 And there is zero point bringing more female commercials directors into the pipeline at the bottom, when they see nowhere to go at the top. That’s why we need affirmative action. We need four things:

• Female industry creative leaders like Kate Stanners and agency initiatives like the New Directors’ Showcase to promote female commercials directors to the industry as a whole, all day, every day – not just at Cannes.

• Every single agency in our industry to take Alma Har’el’s "Free the bid" pledge, ensuring that more female directors are considered for jobs.

• Clients to put their foot down. HP chief marketing officer Antonio Lucio’s public support for "Free the bid" means the company is committed to hiring female directors across the board. Unilever: the quickest way to "unstereotype" is to mandate to your agencies that female creatives and female directors must be used.

• Gender-equal juries to break the "awards for the boys" paradigm and bring more brilliant female directors to public attention and acclaim.

For anyone who tries to respond with "It’s all about the work" and jumping to that classic white-guy pushback of "Let women and people of colour in and the work becomes shit", two sets of two words for you: Patty Jenkins. Wonder Woman.

Anna Ginsburg has made a great film out of Sara Andreasson’s impressive illustrations and the transitions between scenes are wonderful. It is informative and full of humour. The 2D animations marry significant images with key messaging in the interviews from the fashion community. It’s not only fun to watch but it’s also educational.

Great music tracks deserve great promos. It’s easy to understand Oscar Hudson’s treatment for Bonobo’s No Reason given the band’s recent preoccupation with themes of landscape and alienation, but it’s less easy to work out how he did it. Despite several viewings, we still couldn’t figure out if it was a massive set build or clever Alice in Wonderland CGI. Eventually, we gave up and let the audiovisual treat wash over us, safe in the knowledge we were on a voyage with a master at the helm.

Soul. Queens. New York. What’s not to like? Capturing the essence of any city is a challenge. Particularly when the city is New York, the Big Apple, a city so familiar to people who have never even visited. This slice-of-life documentary from AV Rockwell shines a light on the artist Alicia Keys and her relationship with her home town. Familiar yet still completely fascinating, it themes lost innocence and the "city" as role-defining; its characters shaping the artist’s viewpoint.

The video for Pillow Talking by Lil Dicky is arresting from the get-go. Then it steps up a level and delivers a different kind of crazy. From the ordinary, expected post-coital chat between two strangers, to the extraordinary existential rant on why the military are not prepared for alien invasions and why God got bored with dinosaurs and replaced them with humans. A stellar performance from Brain lifts this film beyond normal and makes it essential viewing.

An existential hook, married to exceptional animation and a droll Irish narrator echoing Waiting for Godot, makes this film essential viewing. From phone-book searches to mountaintop romances, this quest for meaning twists and turns with an elegance and simplicity that demands repeat viewing. Nicolas Ménard’s use of bright, blocky characters and forms seems almost childlike, and he admits it was weekly church printouts that inspired the pastel look and feel. However, it’s the assured direction and masterful storytelling that make this a standout piece.

Ian Derry
Johanna: Under The Ice

Who’s crazier? The freediver who dives beneath the ice or the film-maker who decides to capture it? This exceptional story by British film-maker and photographer Ian Derry tells the story of Johanna, who, inspired by treatment to heal a leg injury, regularly travels to an environment that is seemingly other-worldly. So close to the edge and yet utterly comfortable in her space, Johanna is a person and film that reminds us all about our relationship with nature and its fragile beauty.

This seemingly ordinary everyday tale takes a dark and unexpected twist. The medium is key. Captured on a smartphone and chronicling the life of a woman who is comfortable sharing the most personal of details, this film shows what happens after the most horrific of attacks. Cheap technology has made directors of us all, but Trim Lamba’s film draws the audience in via a direct and intimate lens and then makes us feel guilty for being voyeuristic.

Alicia MacDonald’s cleverly titled film Domestic Policy captures the mood and attitude of its era perfectly. Set in 1919, a tea lady eavesdrops on an all-male government meeting as they discuss what to "do" about the women. The casting is excellent, as is the editing, which would have been difficult given the amount of characters in one continuous dialogue.

Providing us with a window into the lives of a usually inaccessible club, this film explores gender in a subtle and surprisingly organic way, breaking the mould traditionally associated with cowboys. Told from the view of a young woman, her voiceover gives us insight into her innermost thoughts – a prayer to God. The imagery of sprawling, sun-drenched ranches coupled with the eerie soundtrack adds to the overall ethereal sense.

New Directors' Showcase 2018: meet the next generation of filmmaking talent

Finding our voice on a jury