From humour to erotica to surrealism, this year's showreel has it all. The annual selection's curator, Andy Gulliman, picks his highlights from the pack.

Now in its 24th edition, the annual Saatchi & Saatchi New Directors’ Showcase has carved out a reputation for unearthing some of the most exciting new global directors and providing young talent with a platform at Cannes.

This year’s reel has a typically eclectic mix, from music videos to animated shorts, with the directors hailing from Denmark, France, Germany, Israel, Italy, Switzerland, the UK and the US.

Every year, Saatchi & Saatchi works with visual, technical and creative innovators to bring the theme of the showcase to life. This year’s theme, "feel the reel", was conceived by the creative team Linda Weitgasser and Alex Sattlecker. The Cannes Lions audience’s reaction to the films will play a part too: they will wear sensory wristbands, created by Studio XO, that read their emotions as they watch the reel.

Andy Gulliman, Saatchi & Saatchi’s worldwide film and content director and the event’s curator, gives an insight into the selection process and the trends identified in this year’s crop. He also picks his top ten from the reel of 18 directors.

Gulliman explains: "The main thing that we look for is the individual talent to deliver a film that sustains our creative heritage. We want to be inspired by work that could not be as easily done by somebody else. It is about the way the director has executed the idea more than just the idea itself. How has the director managed all elements of crafting a piece of film? How has the narrative and edit been delivered to ensure the idea is maximised and as powerful as it should be? How has the talent and cast been directed?

"We want to be introduced to a new generation with a fresh approach and attitude. We want to find young talent that can manage a traditional format and stand out from the crowd. We want to give great work great exposure." 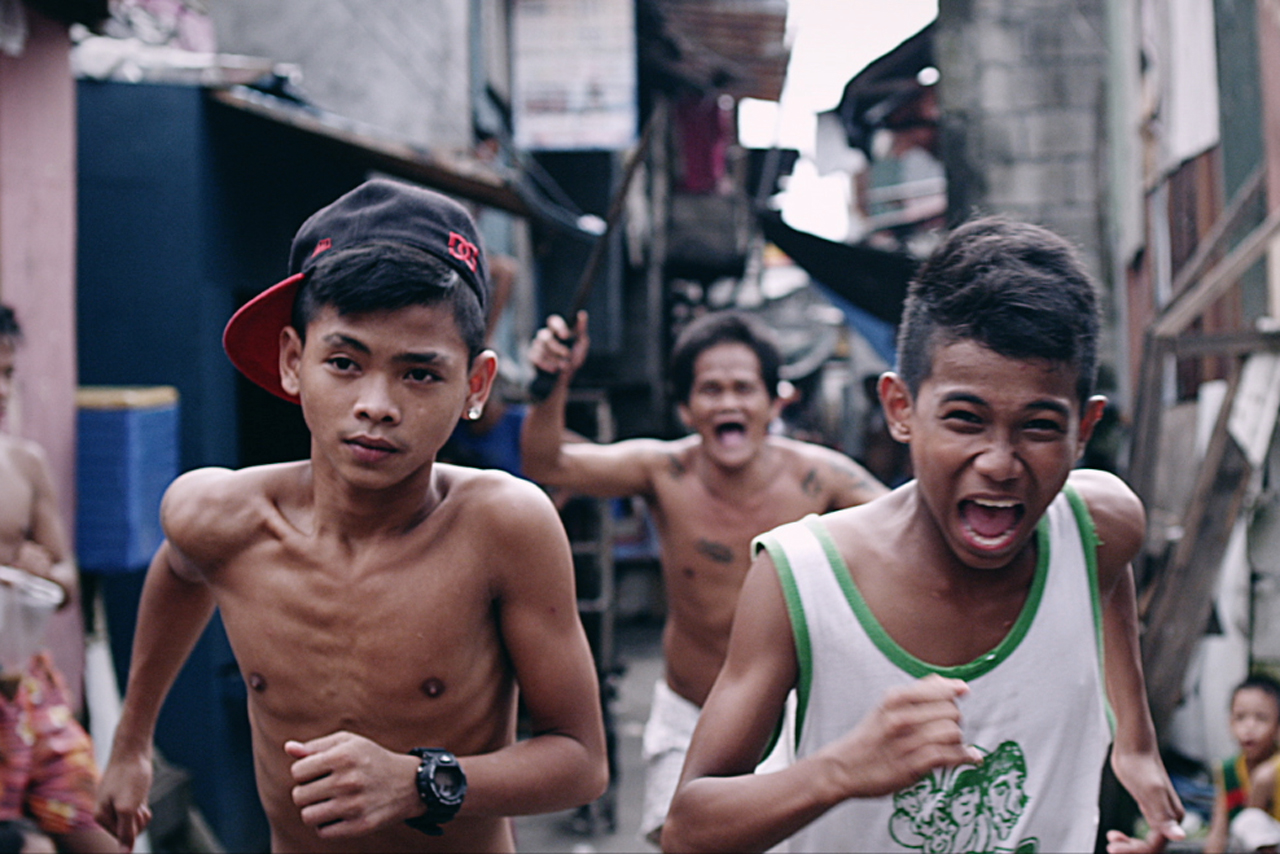 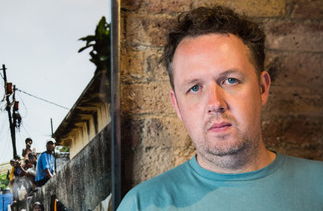 The style of the London-based Josh Cole combines stunning imagery with thoughtful narrative and expressive storytelling. Coming into the world of live-action commercials, Cole draws inspiration from his personal experiences based on hip-hop and underground street culture.

His fast-paced promo of a Manila street kid for Rudimental’s Not Giving In is a prime example of this, showcasing his fearless approach to direction with a strong narrative, exceptional craft and a highly stylised touch.

Gulliman: "Josh impressed us with his amazing composition, stunning imagery and expressive story portrayed by a great cast. All filmic crafts brought together in one powerful piece. Plus, the narrative perfectly complements the track. This powerful promo shows amazing skill and competence for a director who qualifies as ‘a new director’." 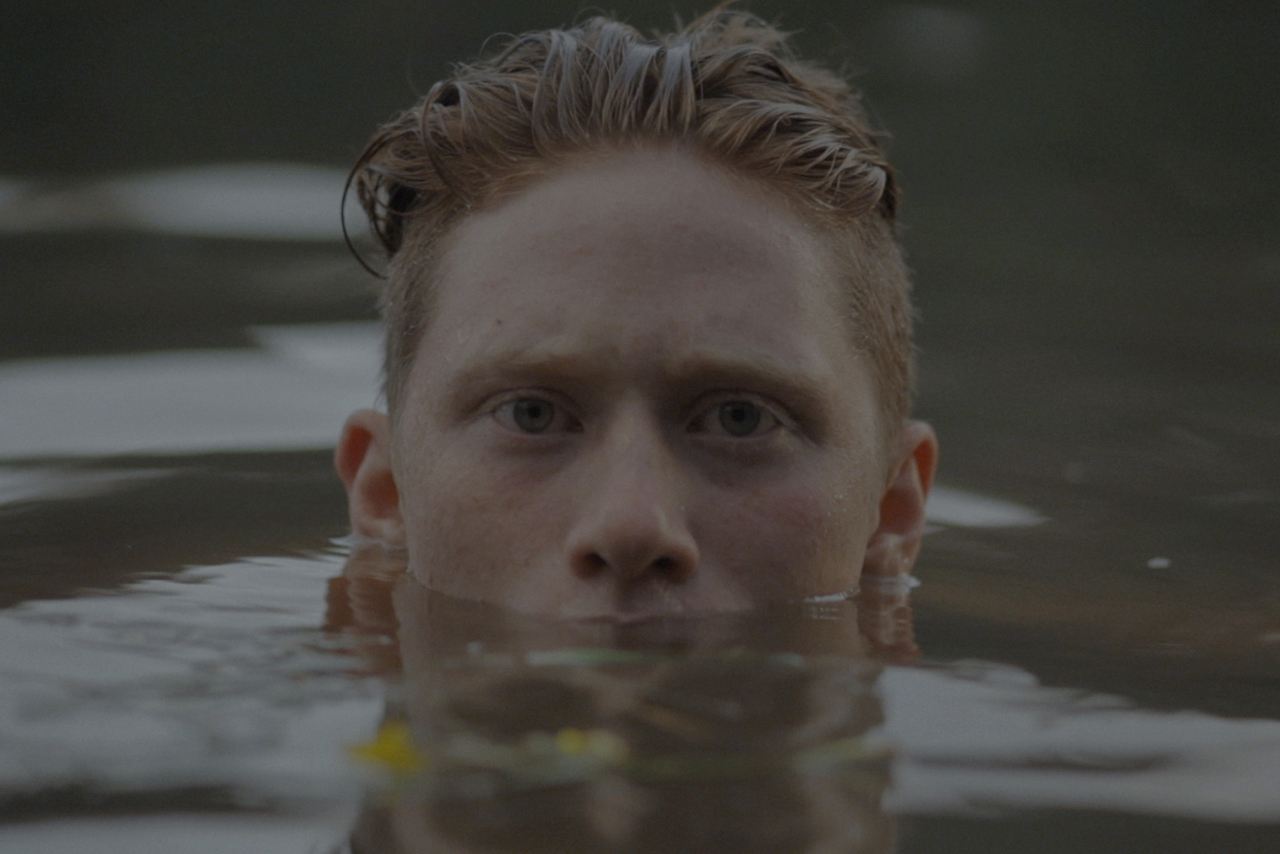 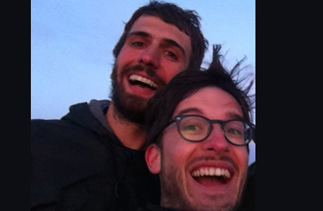 Truman (Anthony Jorge) dreamt of becoming a rock star, while Cooper (Jonathan Cohen) made his first film at the age of eight with his VCR.

Their first playground was music, but they quickly took pleasure in making experimental films together. 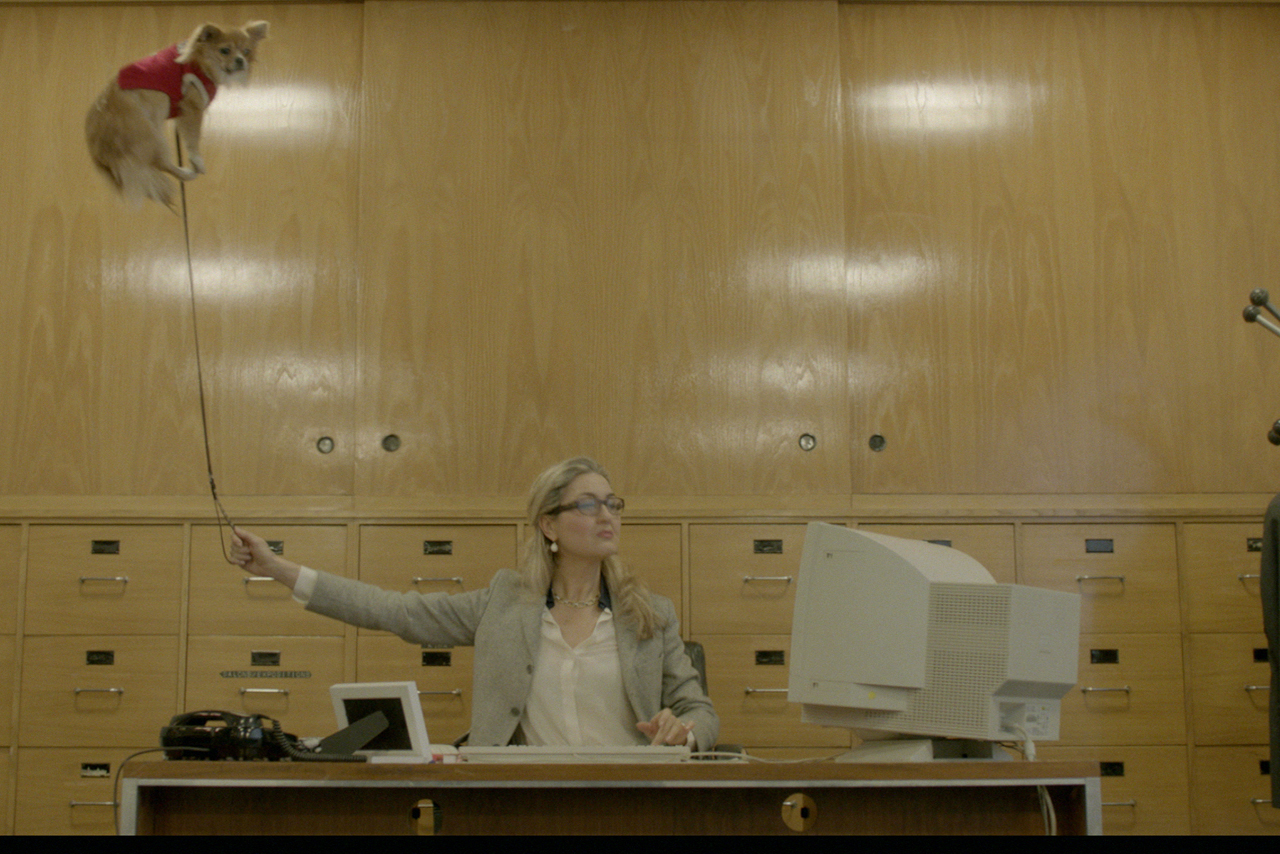 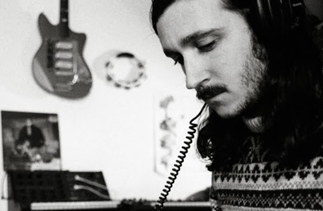 Emile Sornin creates surrealistic scenes with visual effects. Halfway between Michel Gondry and Monty Python, Sornin’s universe is the result of several years of research with old stuff back in the days when he lived in La Rochelle.

Gulliman: "Sornin’s witty pastiche of Ricky Gervais’ The Office [for Disclosure’s Grab Her!] has a gravity-defying twist. This is a cleverly crafted promo. It delivers a fun piece of film with style. Emile’s promo is cast well and serviced by a great art department. For him to deliver a narrative and edit like this to such a repetitive track is credit to him as a director." 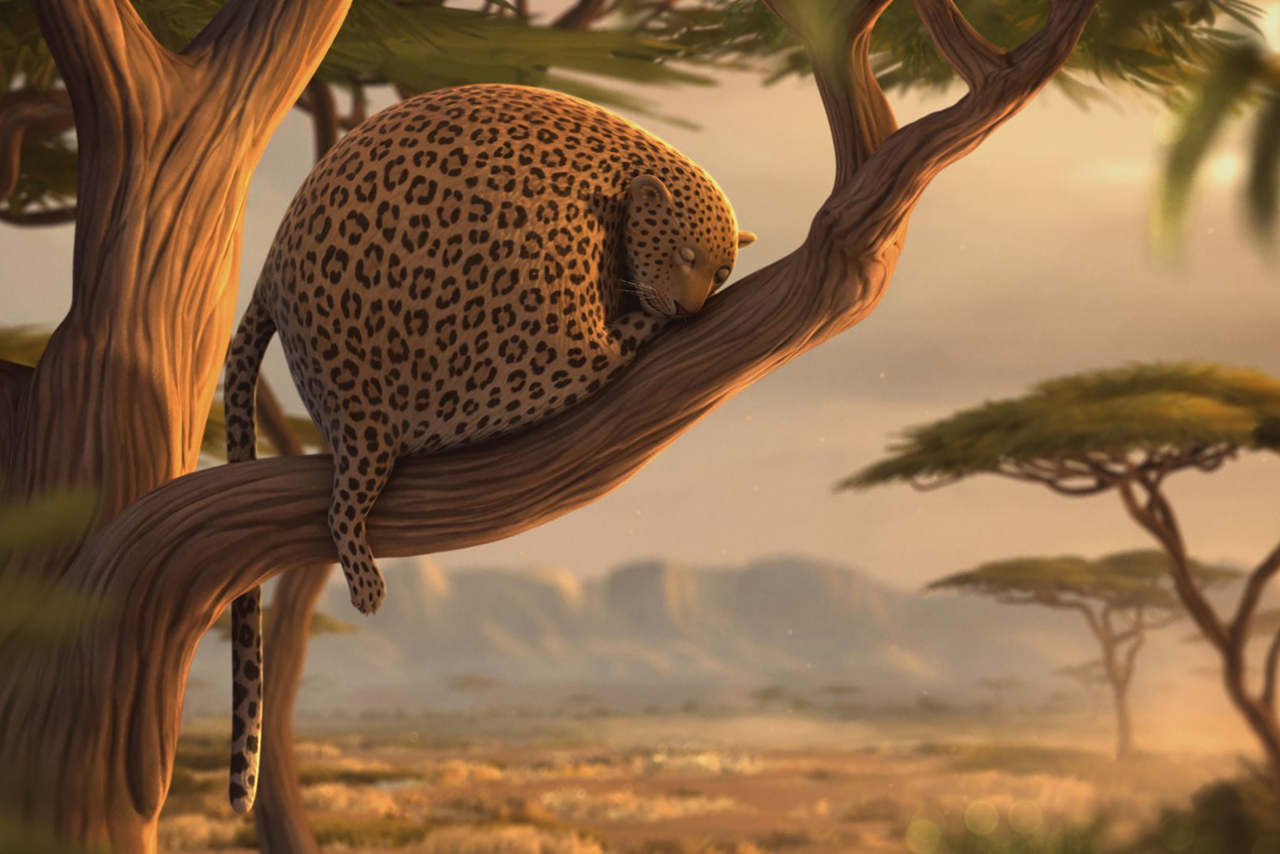 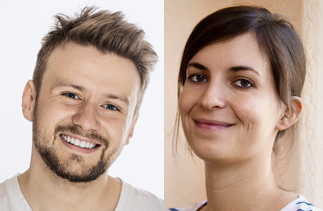 Kyra and Constantin are Kyra Buschor and Constantin Paeplow, a directing duo from Switzerland and Germany respectively. While studying animation at the world-renowned Filmakademie Baden-Württemberg in Ludwigsburg, Germany, they joined forces for the school’s annual open-brief competition to create promos for the Stuttgart Festival of Animated Film. Kyra and Constantin set about answering the question they had posed to themselves – "what if animals were round?" – by creating the world of "rollin’ wild" in a series of films.

Gulliman: "An enchanting animation exploring a world populated by spherical animals promises to warm the heartstrings. The characters created and the scenarios in each of these films are hilarious. They made a great first impression on the creative board. The expressions Kyra and Constantin have given to each animal is amazing. These films show such a high level of detail (and therefore direction). It’s all delivered with such a subtle style, which will keep them memorable." 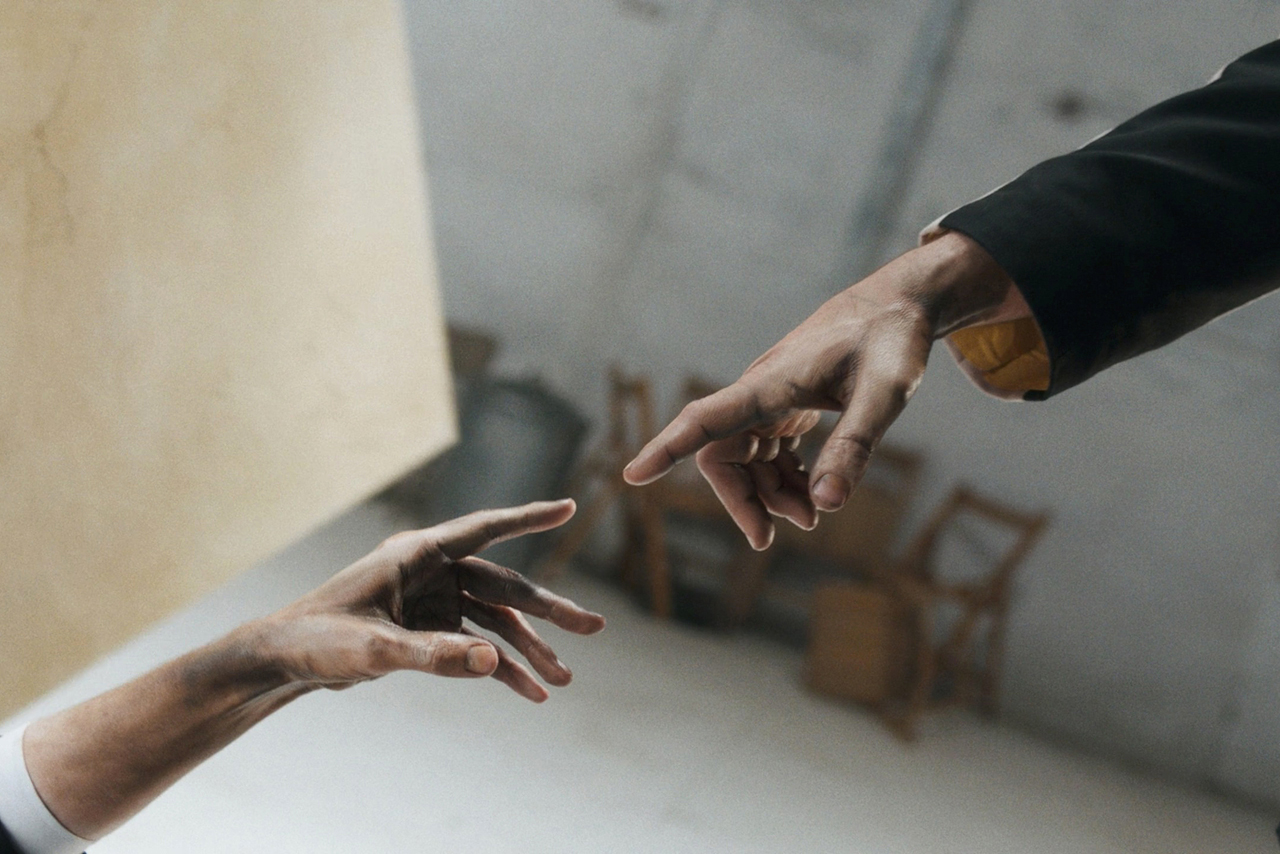 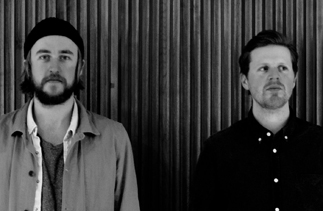 Us – aka Christopher Barrett and Luke Taylor – met on the graphic design course at Kingston University.

Their first successful collaboration was while they were still studying, when they directed a music video for Thom Yorke as part of the D&AD Global Student Awards; it went on to win first place.

Gulliman: "Us have directed this ‘icons’ commercial for The Sunday Times with class and style. The use of classic icons combined with a clever camera move make this a memorable ad that impressed the creative board. The level of detail to maximise the scene time for each icon and the way the transition from each one happens is a credit to Us and their directing talent." 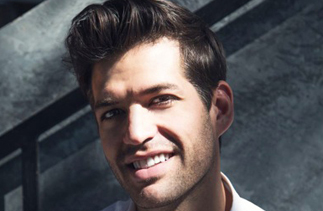 His student films, Zombo and The Case Of The Missing Garden Gnome, landed Emmy awards. He was also honoured with the John Huston Scholarship. His viral videos – including his Les Misérables spoof – have garnered international acclaim and millions of views.

Gulliman: "This film shows Alberto’s skill at handling performances and delivering comic timing. He has directed each cast member perfectly and set each scene impressively. The rug pull is directed so well that the film demands repeat viewing and laughter." 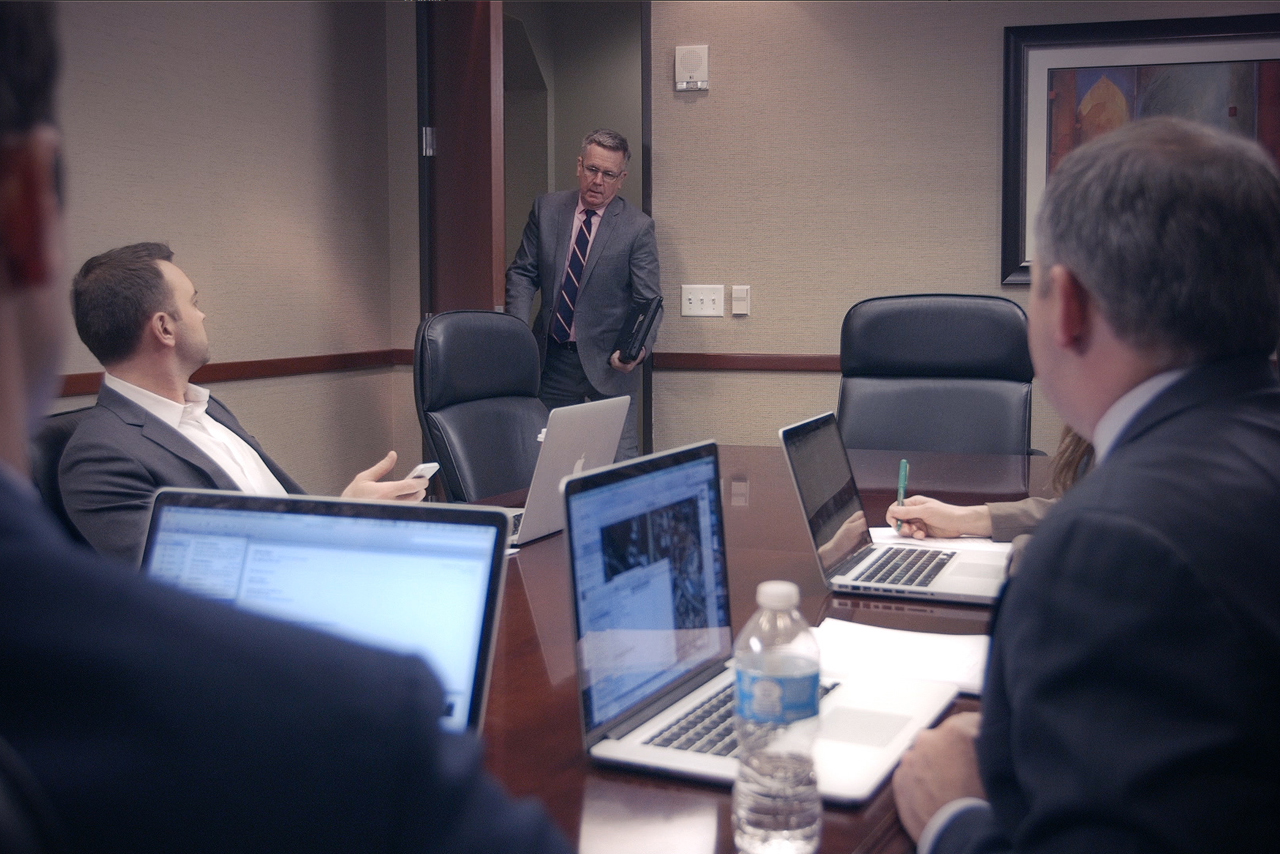 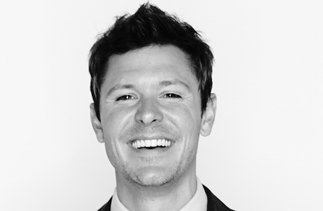 Tripp Crosby is mostly known as the taller half of Tripp and Tyler, a YouTube comedic duo whose work has received 25 million views.

Crosby is also the founder and chief creative at Green Tricycle Studios, an Atlanta-based creative agency and production company that specialises in branded entertainment.

When not writing or directing, Crosby can be seen performing stand-up and sketch comedy at various venues around the US.

Crosby’s humorous film in the showcase, "conference call in real life", in which he stars alongside his comedy partner Tyler Stanton, sees the virtual and physical meet in an absurd comedy sketch.

Gulliman: "The performances and comic timing of each cast member show the director has a brilliant ability to make a very humorous film out of an every-working-day scenario. It is layered with well-directed observations." 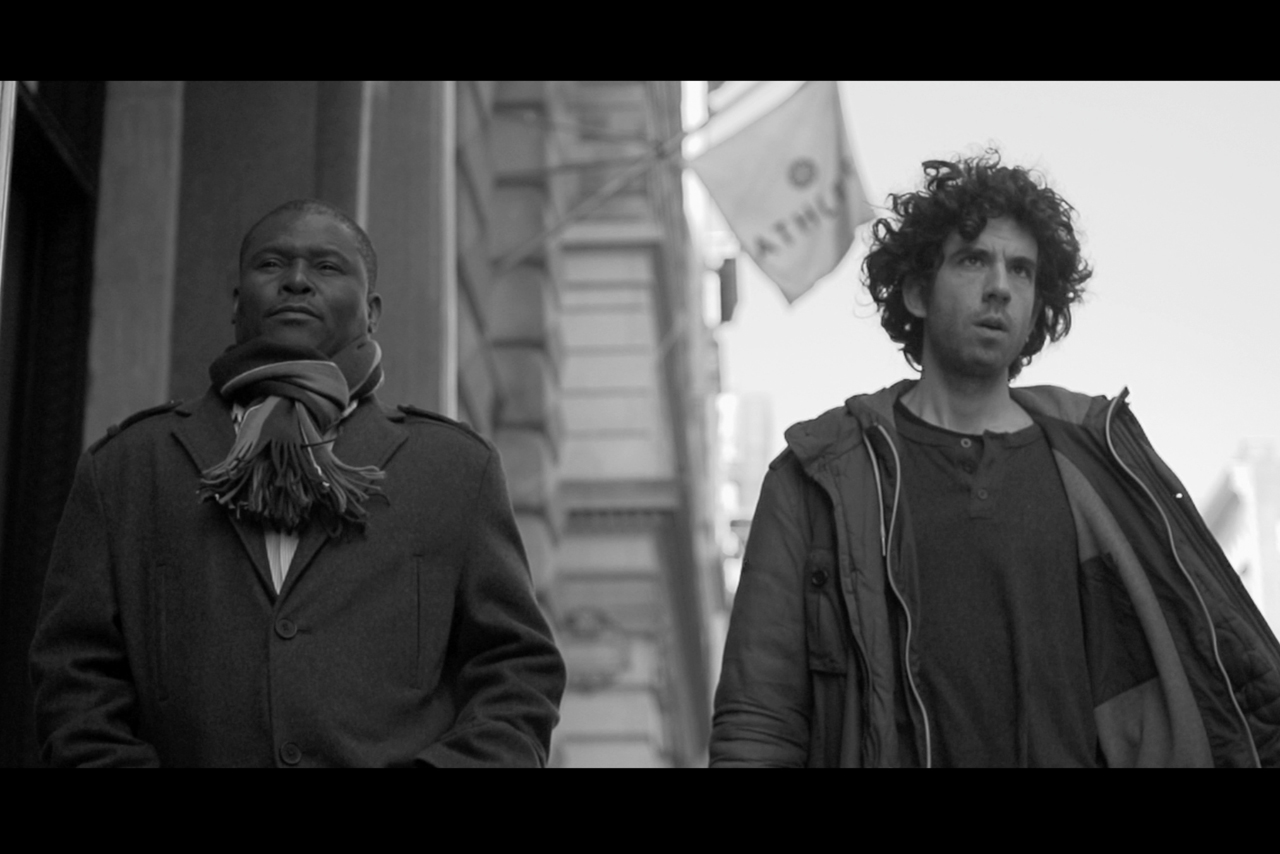 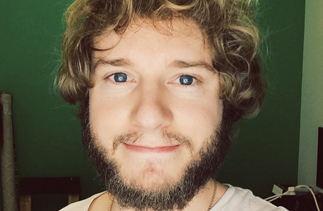 There are two films on this year’s reel by the Israeli artist and director Vania Heymann, who studied at the Bezalel Academy of Arts and Design.

"Walking contest" is a witty observational film noir that gives an insight into the competitive nature of humans. His interactive music video for Bob Dylan’s Like A Rolling Stone topped many end-of-year lists as the best music video of 2013.

Gulliman: "‘Walking contest’ and Like A Rolling Stone give two great examples of well-composed humorous spots. Vania obviously has a keen eye for casting, composition and editing. It is unusual for a director to have two spots selected for the New Directors’ Showcase, but these two spots prove his talent and needed to be included." 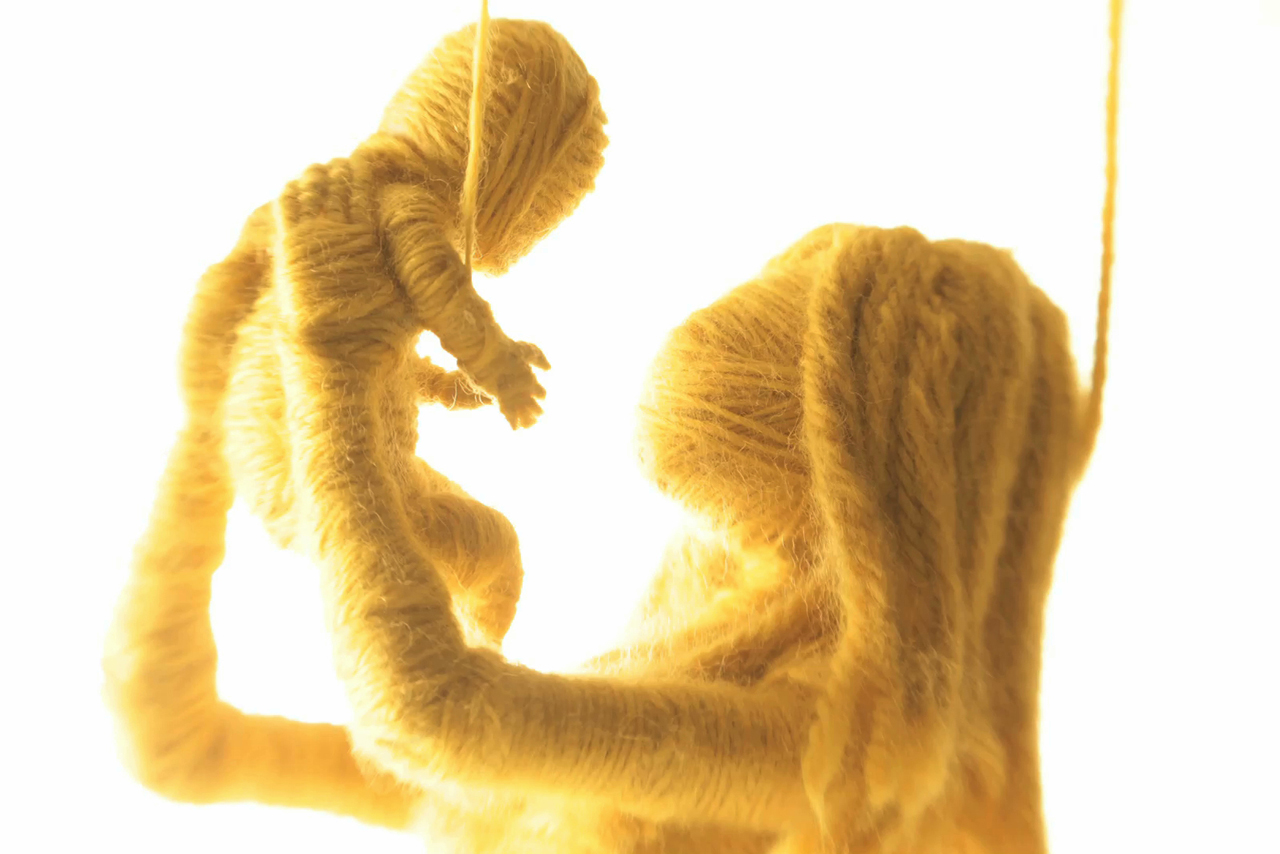 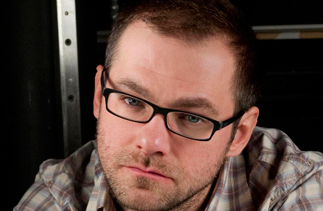 Ainslie Henderson is a writer, director and animator who was awarded a Bafta in 2012 for co-writing The Making Of Longbird with the director Will Anderson.

His stop-motion music video for the James track Moving On manages to give emotion to yellow balls of wool.

Gulliman: "This promo for James is an incredible piece of stop-motion animation. It is one that earns even more respect with repeat viewing. It is a beautifully simple film that has a strong narrative that manages to make the track that much more powerful. The edit and the characterisation make this a brilliantly directed promo." 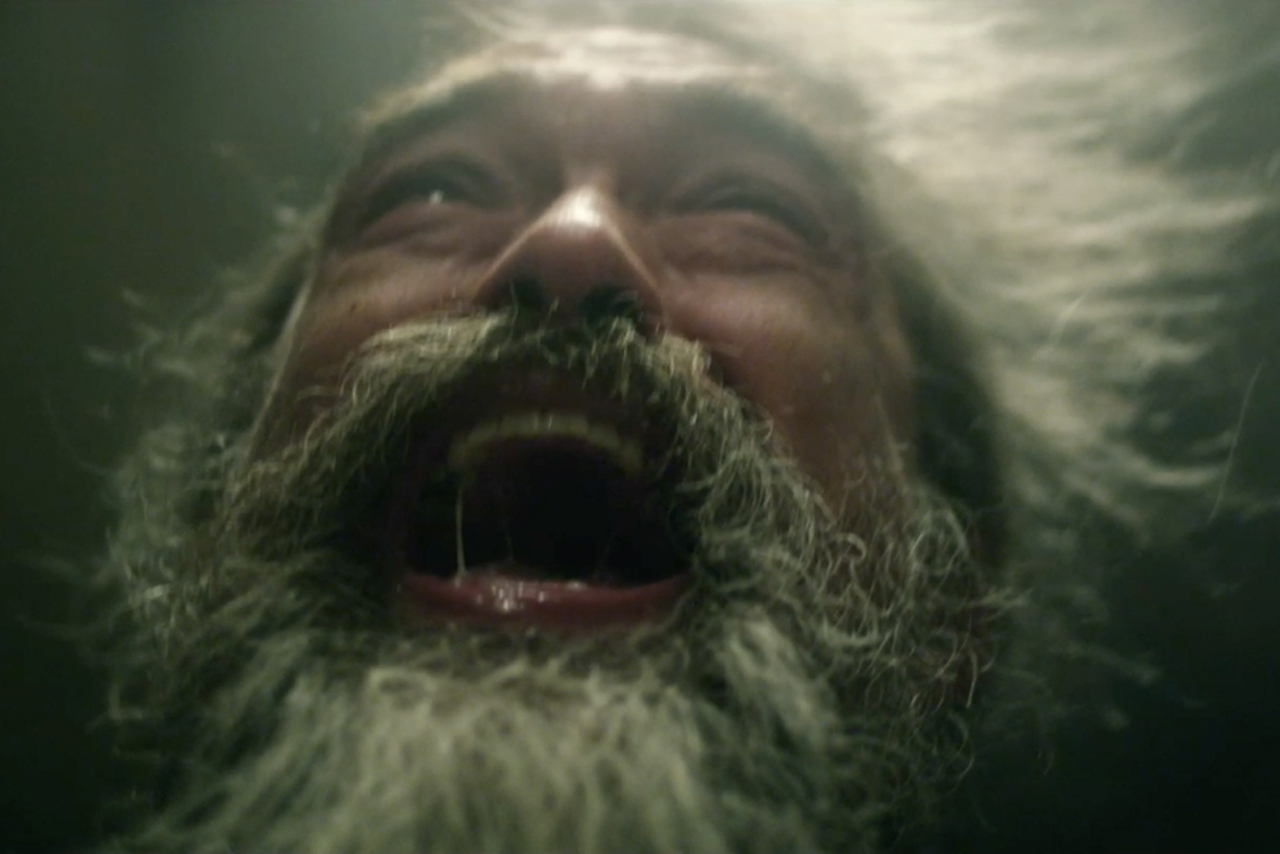 Simon Bonde and Peder collaborated on the music video for Peder’s third solo album, Ghost Of A Smile. Bonde read political science at university and financed his studies by working part-time at a national broadcasting company developing a comedy show. Peder is a singer, director, DJ and comedian, as well as a former member of the cult hip-hop band The Prunes.

Gulliman: "Peder created this promo for his track. He also plays the father in this film. So Peder wrote the track, directed the promo and is the lead character, which is impressive. But as impressive is the filmic look – the power of each punch combined with the innocent way the son has been included into the edit, the portrait shots of the crowd and the heavy ending. All these elements and Peder’s input meant this film was worthy of recognition."