Ronseal claims to abandon its enduring "does exactly what it says on the tin" logo for the sake of correctness in its latest campaign. 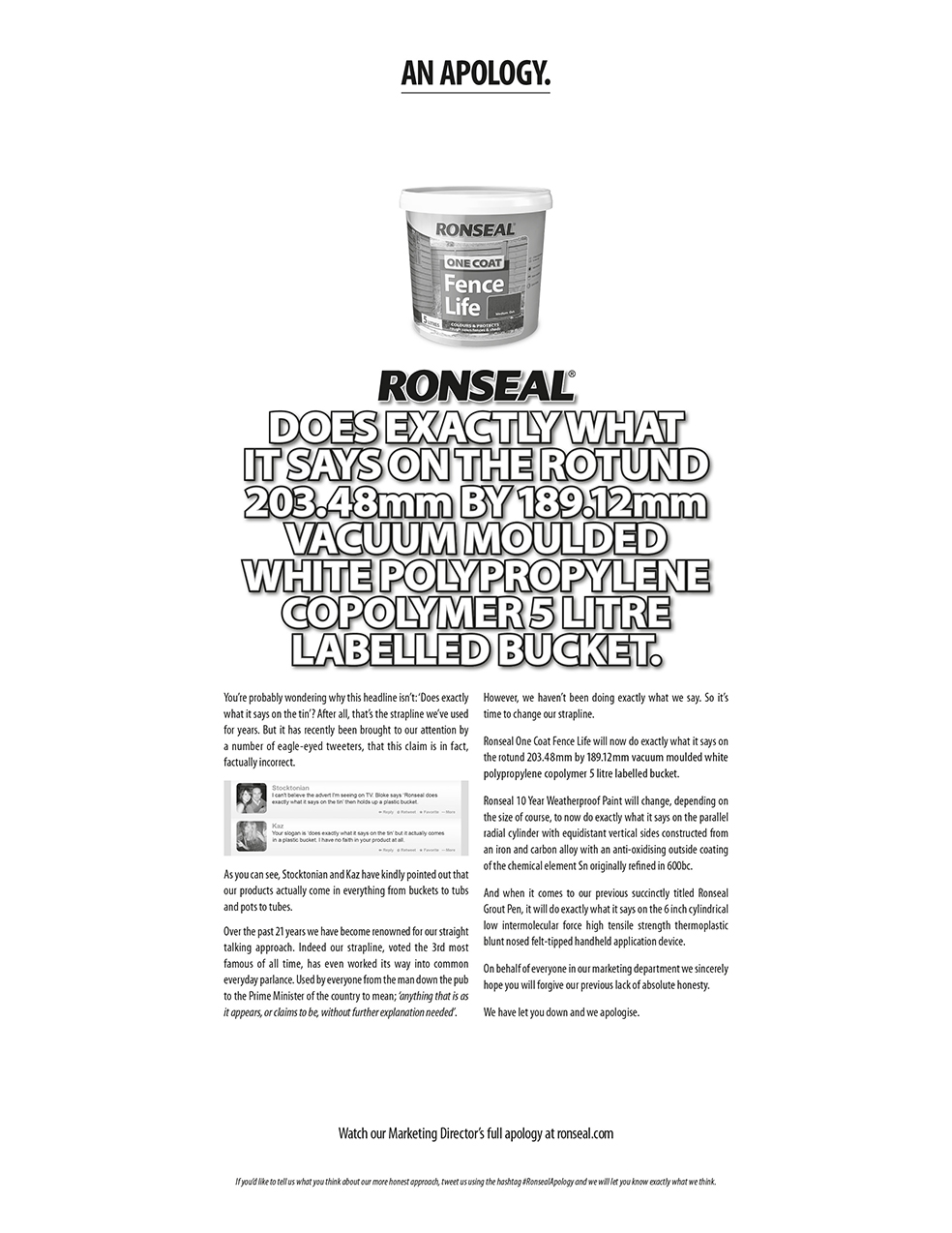 In a full-page press ad in today's Daily Mail (17 April), Ronseal apologies for using the misleading "it does exactly what it says on the tin" strapline because some of its products are sold in buckets.

The ad, which was created by BJL, suggests Ronseal will say its product "does exactly what it says on the rotund 203.48mm by 189.12mm vacuum-moulded white polypropylene copolymer 5 litre labelled bucket."

The campaign was inspired by social media users who pointed out the inaccuracy of the strapline to Ronseal on Twitter.

The press ad also points readers to a light-hearted online video in which a man, purporting to be Ronseal’s marketing director, apologises for the misleading strap line.

The work was created by Richard Pearson and Karl Stones. The film was directed by David Schofield through Mob Films.

The whole campaign is a light-hearted take on the literalness of Ronseal’s brand. The company will not actually change its strapline along the lines mentioned in the ads.