Three creatives review The Rise of the Robots, The Feedback Book, and Brain Surfing. 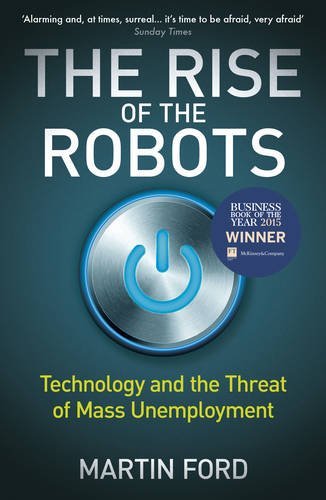 In almost every meeting I attend about digital transformation the topic of artificial intelligence is at the top of the agenda. This is usually in conjunction with a discussion about reducing call centre costs, and it signals one thing: the robots are coming and they are after our jobs.

While the topic Ford discusses is a worrying one, The Rise of the Robots makes for an enjoyable and thought-provoking read. And the reality is that many of his predictions are already in the early stages of being realised.

While it is true that we have long been replacing animals and later humans with machines and automation, up until very recently machines have largely been employed to do dangerous, repetitive, manual and low-skilled work. But this is now changing.

As Ford states, the next wave of automation will see machines "coming for the high-wage, high-skill jobs as well". Many economists would disagree with Ford. They believe that the current technological revolution is just the next wave of creative destruction that saw the shift from agriculture to industry.

Ford’s assertion is that in contrast to previous disruptions, which affected specific sectors of the economy, the effects of today’s upheaval will be wide-ranging. From call centre staff to surgeons, from solicitors to pilots, intelligent technology is increasingly replacing humans in the workforce.

The Rise of the Robots highlights this shift. Ford provides a compelling argument as to why this revolution is different from its predecessors. In just over ten years, Wall Street has dropped a third of its financial workers, replacing the human workforce with programmes designed to simultaneously complete hundreds of thousands of trading transactions in less than a second, while also deceiving their electronic competitors. It is therefore no surprise that Ford sees "nearly any white-collar job that involves sitting in front of a computer manipulating information" as at risk.

Thousands of highly skilled jobs are already being taken over by machines, to the extent that certain skills are holding less and less value. With what is becoming known as the "second machine age", we run the risk of crushing the already financially vulnerable.

With this backdrop, the guaranteed minimum income may well become a reality. The Swiss, who have a reputation as a socially progressive country, had a referendum on the topic in June and even though it was rejected this time, it is likely to remain on the political agenda of the advanced economies over the next ten years.

Our industry combines both science and art, and whilst the insight that we can gain from harnessing and analysing big data using intelligent machines can only make our work better, machines that can autonomously conceive of ideas, products, services and design to solve nuanced business problems, or that can use emotion to persuade humans to choose one brand over another, are a good way off.

For that, we should all be thankful. 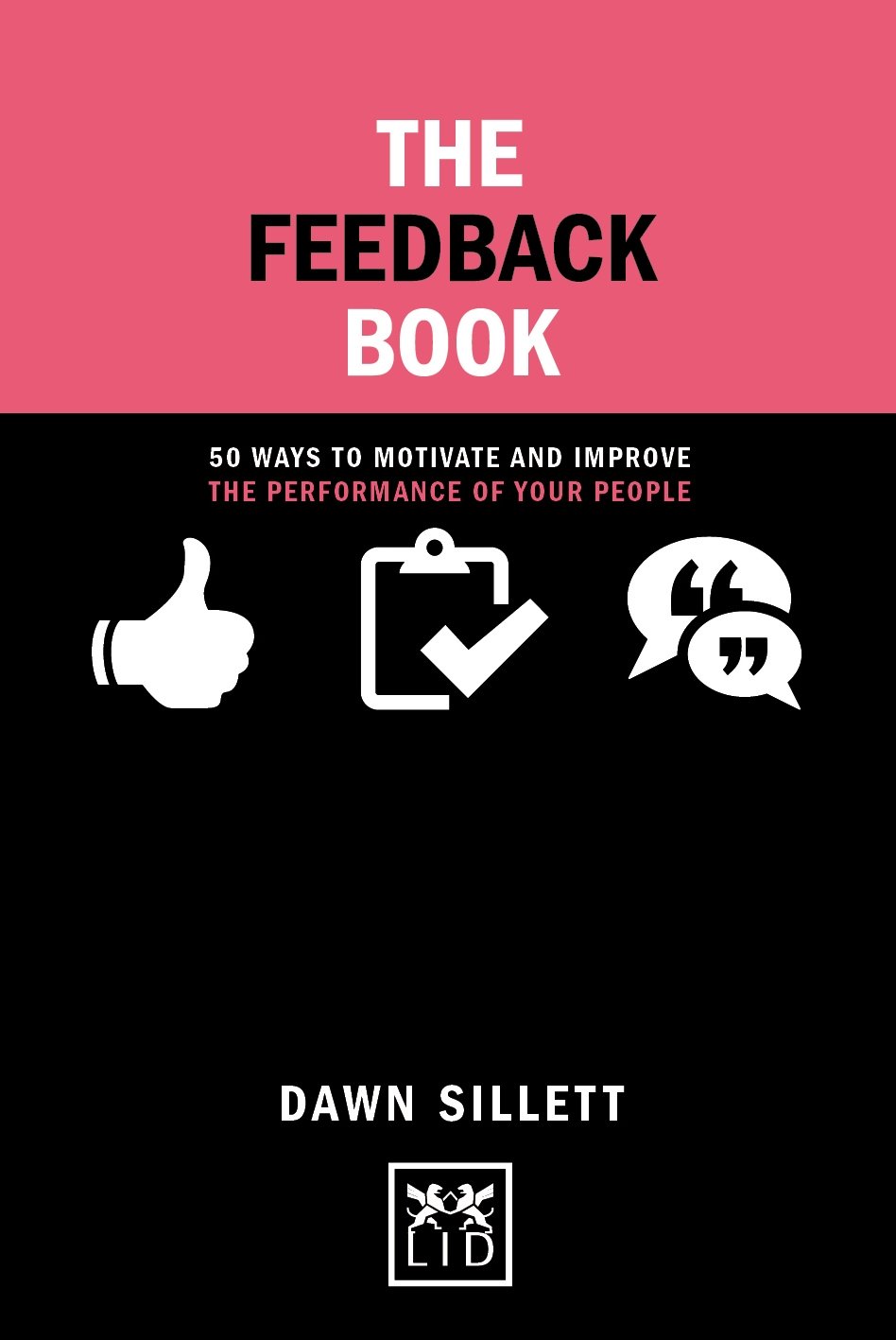 The words "can I give you some feedback on that" all too often strike fear in the heart of the recipient, usually decoding the words as a euphemism for "let’s discuss something you’ve just got horribly wrong".

It can be tricky to be an effective manager, especially when you’ve had no formal training and learned on the job as you’ve progressed through the ranks.

The Feedback Book promises 50 practical tips to help you develop the necessary skills required for creating an ongoing performance dialogue with your team by developing a simple, practical framework from which to operate.

The book aims to change the mindset of both the feedback giver and recipient to view feedback as a "gift" when delivered properly – as long as it is "considered, clear and actionable".

The advice given isn’t particularly ground-breaking and is possibly more suited to someone starting out as a manager. But the book serves as a good stake in the ground for assessing your own performance as a manager, particularly how you deliver feedback across all aspects of your job role.

It’s a quick and easy read and can certainly be dipped into depending on your time and interest levels for each section. I found the chapter on healthy eating and the importance of not feeding clever people stupid sandwiches particularly interesting.

At some point in our career, we have all been on the giving or receiving end of what author Dawn Sillett terms a "feedback sandwich" where something negative has been packaged up among layers of good stuff. Basic human nature usually drives us to lessen any potential hurt we might cause but Sillett argues this is confusing and ineffective.

The book attempts to balance behavioural psychology and practical examples to get the reader to understand the why, along with the how. It provides a number of exercises to try and ingrain the thought process in our minds – possibly too many for the time-strapped manager to realistically work through.

I did come away from reading the book with a couple of ideas of where I could improve my feedback process. However, I didn’t feel like I had a clear idea of how to translate the 50 clear tips into further training for my team. Perhaps fewer tips and an actionable summation at the end would have left me feeling more armed with the tools to put the book’s thoughts into action. 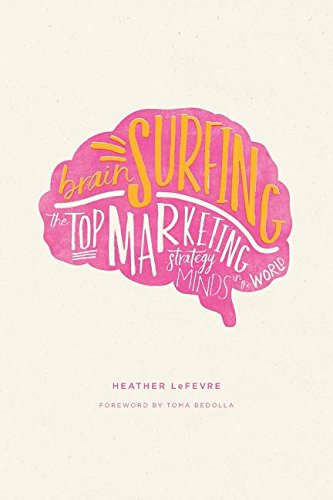 Brilliant strategic insights are the gold dust that can unlock briefs and launch brands; they are the Holy Grail of the advertising world. Even harder to find than a creative brief with bags of time and a decent budget.

Marketing planners and strategic thinkers, like Heather LeFevre, have the difficult job of discovering these rare finds. They become our very own Indiana Jones, but with slightly smarter brogues and clutching flat whites.

To expand her strategic mind LeFevre decided to quit her job and spend two years meeting nine of the world’s smartest marketing minds. When I say meet I really mean meet, eat, drink, travel and live with them. From Holland to Hong Kong, Heather shadowed her mentors night and day, going to work with them and then going home with them. Why? Well, quite simply the more time you spend with someone the more you get to know them and perhaps more importantly, get to know what makes them tick.

The people LeFevre shadowed helped to build many of the world’s most respected and profitable brands. Their minds don’t work in a nine to five way, so why only get to know them during nine to five?

At PSONA our planners have created something called Method Planning – like method acting. The thinking behind it is that you need to walk in someone’s shoes to really get to know them. But LeFevre didn’t just walk in her mentors’ shoes. She stood in their kitchens, even sat on their loos.

The people LeFevre met didn’t just span the globe, they also spanned the platforms and channels that we work in. She stamped her passport in the lands of social, digital and everything brand. After picking the brains of Jason Oke at Young & Rubicam Hong Kong, she brain surfed to Singapore and met Simon Kemp at We Are Social.

The learning surf was also good in Shanghai where she found out more about building brands from scratch from Rob Campbell at Wieden & Kennedy. London’s brain surf was pretty rip too. LeFevre’s suitcase was positively bursting with knowledge after spending time with Suzanne Powers at Crispin Porter & Bogusky and with AMV BBDO’s Saher Sidhom.

What was particularly enlightening was how LeFevre didn’t really know what she was going to learn until after she met them. She hoped these people would improve her work life but she didn’t expect it to enhance her home and personal life too.

How to spend less time online and benefit more

In praise of the attention-seeker

Creative bravery is needed now more than ever

Learn to fail to get ahead in marketing

The Pareto placement: How to hack your way into a job as a creative

Nike puts diversity in the limelight in 'Equality' ad