Engine founder and creative luminary Robin Wight is launching a new consultancy dubbed The Robin Wight Ideas Clinic, which offers services from brand rehashes and strategy rethinks to the creation of viral memes for start-ups.

"This is something for a new brand, or for an existing brand that wants a boost, a fresh pair of eyes for a couple of days," Wight told Campaign. "It won’t cost vast sums of money, it’s affordable for both a start-up or established brand."

Aimed at senior marketing directors at big advertisers, entrepreneurs at fledgling businesses and anyone in-between, Wight's consultancy model is built on a two-day process. On the first day he will sit with the client or small group of clients and carry out a "product interrogation", a concept that harks back to the early days of Engine (then WCRS).

"We interrogate a brand until it confesses its strengths," he said. "Brands don’t often know their own full story – new or existing products forget some of the stories behind it.

"That evening we have a working supper with those people and review the first day. Then on the second day, we use the facts and insights from day one and come up with ideas. It might be a small idea about a website or a big idea about a fresh positioning."

Wight insisted that his consultancy is not designed to replace or disrupt existing client/agency relationships. 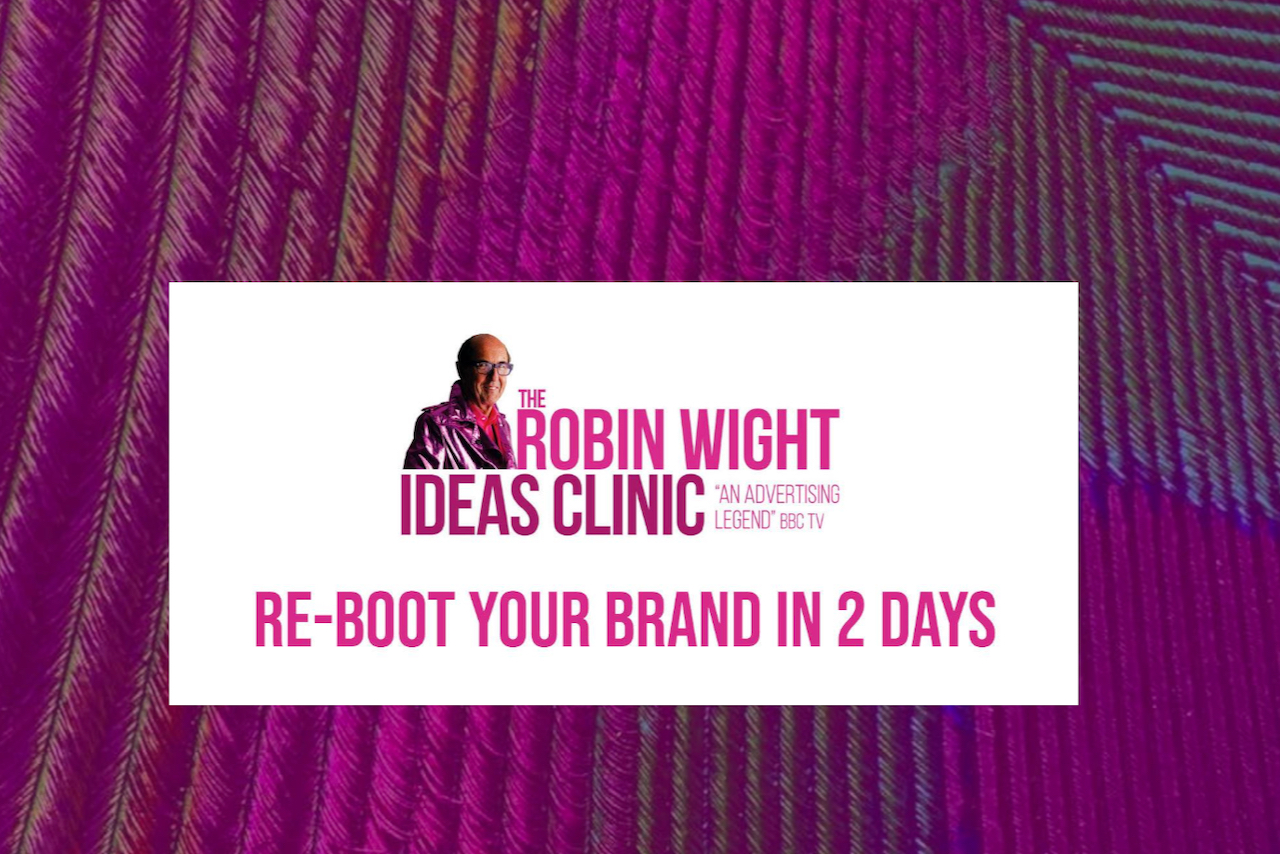 Wight stepped down as president of Engine in March last year, the agency formerly known as WCRS that he founded in 1979 alongside Ron Collins, Andrew Rutherford and Peter Scott.

He continues to work at the Ideas Foundation, the charity he founded to help young people from disadvantaged backgrounds to get into advertising.

Now located in Exmoor, Wight is running a branding consultancy named after the national park and dedicated to giving local initiatives advice on branding and marketing, including a campaign for Exmoor Lamb. He is also an honorary colonel for the Army, and is working on a memoir called The Most Fun You Can Have With Your Clothes On.

Wight started his first agency while still at university, before working at Collett Dickenson Pearce, an agency that epitomised British advertising's halcyon days. At WCRS, he created many famous campaigns, including "The future’s bright, the future’s Orange" and BMW’s "The ultimate driving machine".

The Robin Wight Ideas Clinic is open for business.

Robin Wight looks back on Sylvester Stallone, a flying aspidistra and the fake Japanese client

Best ads in 50 years: How BMW eschewed the motivational souffle