"We can get better and better. The disruption hasn't even started," says MediaCom's Sue Unerman during a round-table discussion. Is it time to stop accepting change and start orchestrating it?

Programmatic is unchallenged – accounting for 50% of all non-search digital ads. Now in it’s tenth year, the industry recognises programmatic’s immense power to transform the way customers experience ads and interact with brands.

As programmatic enters it’s second decade, fears over brand safety and lack of transparency are just two of the fundamental problems the industry faces. There is also the stark feeling that creative programmatic work just isn’t up to scratch. Huge adjustments must be made. Aligning creativity with technology is key, achieved by bringing together some of the incremental moving parts of the programmatic journey. But how does that work in practice?

At a lunch, hosted by Campaign and MediaMath, brands, media agencies and publishers including Dell, Shazam, IBM, Uber Brazil, Canon, Zenith and NewsUK, laid the challenges bare and debated how the industry must adapt. 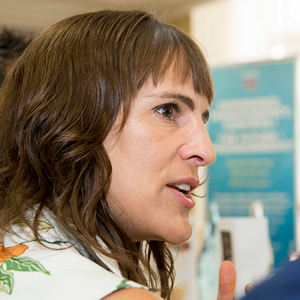 High on the agenda was how to solve the problem of creativity falling behind fast-moving technological progress. Joanna O’Connell, CMO at MediaMath (pictured left) explained her frustration: "We did such a good job building all this great, smart technology and we just didn’t pay it off."

Mark Simpson, VP, offering management and strategy, IBM said that there is so much consumer data available but it’s simply not being used enough in the creative. Marketing departments are coming together, but the fundamental flaw of the gap between creative and marketing teams is dragging back innovation.

Shifting towards creative
Carolina Palma, Uber’s growth marketing manager in Brazil, said that media teams should work more closely with creative teams who don’t yet have the same data, tech, or user behaviour knowledge that they have: "It’s going to take us a long time – years maybe – but this is something we need to push hard," she said.

Creatives must be more aware and hungry for the data and insights now available but as Sean Healy, global communications planning director at Zenith argued: "The key thing is who writes the brief. I would imagine that programmatic will shift the emphasis of the creative process. We’re figuring out how we get briefs to creatives’ minds that are fit for purpose. We have got to push the dynamic adaptive creative more. We should work to elevate that to the highest possible art form it can be."

Lee Bonniface, EMEA marketing director, agreed: "It’s about understanding the message you want to give your customer at the right time. As a brand, we can see thousands of bits of content across the customer journey. We need to be clear about how we want you to use it." 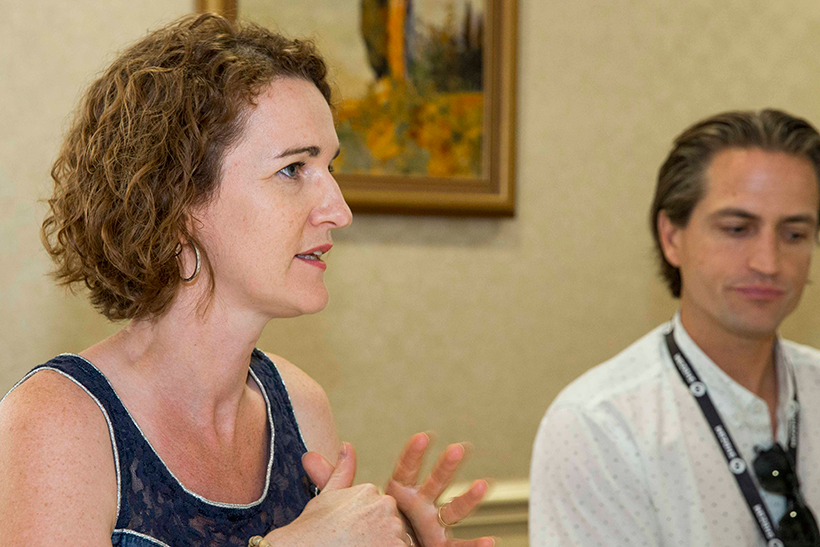 On the opposite end of the spectrum, measurement is still a huge problem.

Healy said: "There is an opportunity to fund a new and more sophisticated approach to the consumer experience and creative process by driving more efficiency at the point of activation. What is holding us back is that measurement techniques are lagging behind delivery technology."

"I see generation after generation of people coming and doing what they are told by their bosses and not challenging it," said MediaCom's chief transformation officer, Sue Unerman. Neuville (pictured left) agreed, adding: "We’re not testing new things…it must be very hard for an agency, coming back with something risky – saying right I have no idea if this will work… it could work or it could be an utter disaster."

Unerman agreed that it’s hard to take something innovative to a client: "They ask how you know it’s going to work. We live in very hard times." 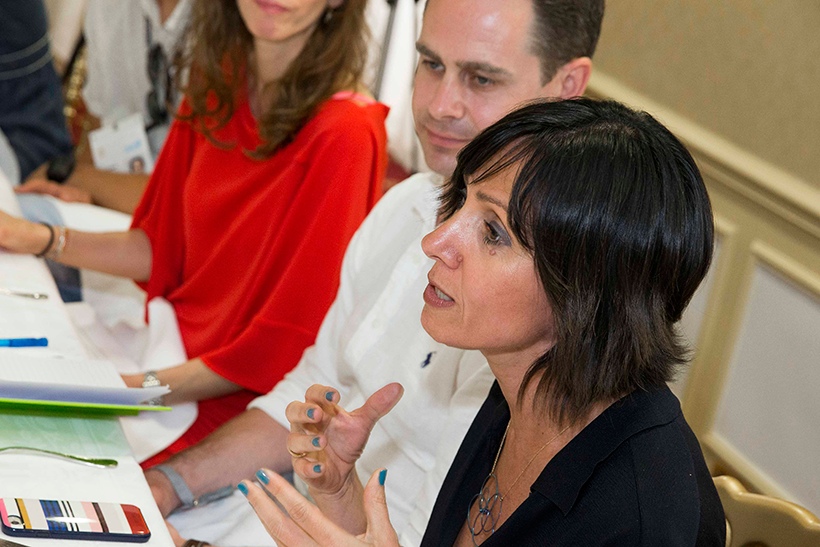 The table agreed that a flop is as useful an insight as a great success. But as Ebru Ozguc, head of enterprise marketing at Vodafone in Turkey (pictured right), pointed out we’re living in very uncertain times, in a fast-moving market with perpetual targets that must be hit. So how crucial is it for the industry to take the time and money to test new ideas?

"It’s short-term v long-term," said Simpson. "The companies that have success will be long-term thinkers… spending money on failures is a much more effective use of time if you take that approach on a consistent basis but it’s just tough taking that first step culturally."

"Ultimately someone has to be the orchestrator of this stuff," Healy said. "Whoever is acting as the orchestrator – be it creative or media – they need to get the right people in the room early. Technologists get involved too late. It needs to be a different group of people around the table.

So is a shift of focus needed from all sides? Media owners, brands, agencies and technology companies "actively thinking about making these things work together, rather than just making one piece good" as O’Connell put it? She asked if this required organisational change. 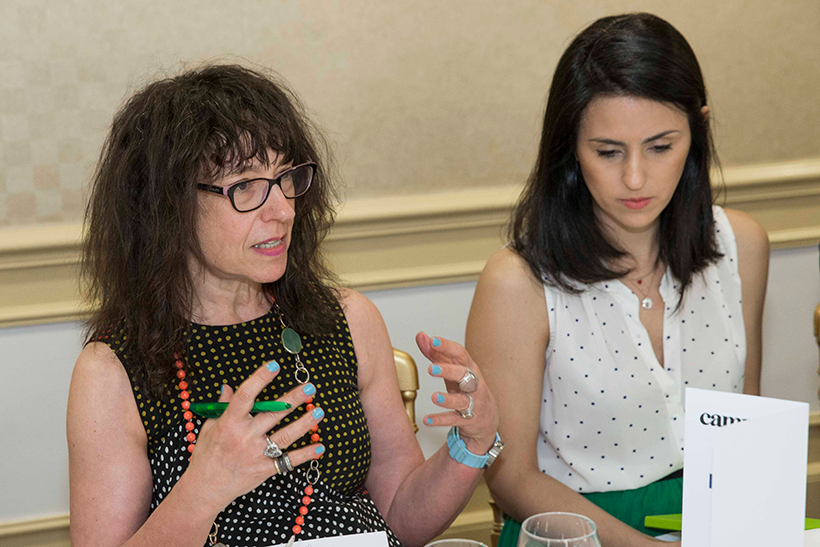 Unerman (pictured left) argued that it was simpler than that. People simply need to get behind one goal, which is to grow the business, not the KPIs or site visits. "The tech now is so exciting and revolutionarily, that the capacity for us to get better at our jobs is higher and higher. I don’t think we’ve even started on the disruption."

The table agreed that there was a need for greater unity and collaboration across the board – and what Ben Walmsley, digital commercial director at NewsUK called "the democratising of data all the way along the chain", where everyone has access to the same data and insights.

But, as O’Connell said, while helping build direct relationships sounds really good on paper, if there is no real will to focus on the relationships that are truly important, nothing will change. 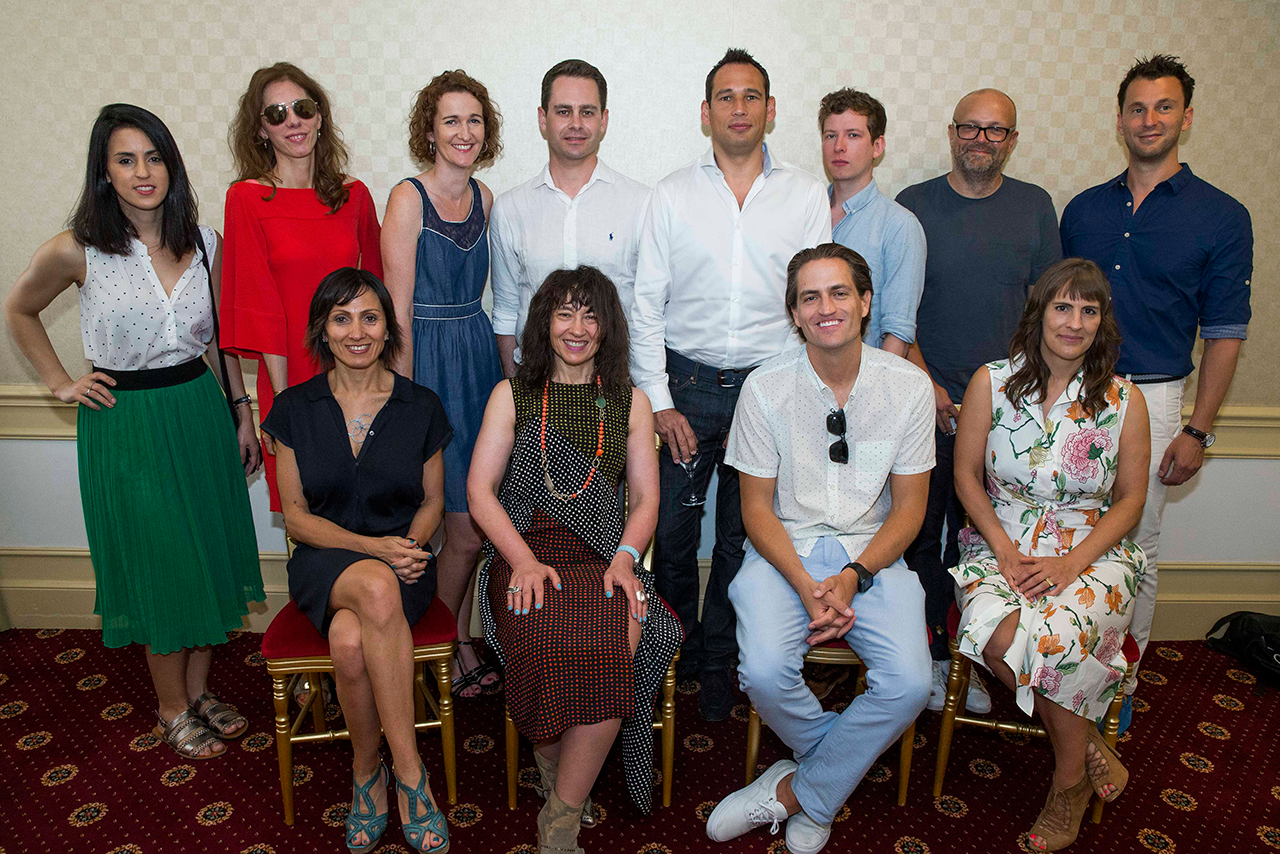