A partnership with the Leo Baeck Institute from C&G Partners brings Jewish history into the present.

November 9, 1938 is often referred to as the beginning of the Holocaust. In cities across Germany, Nazi paramilitary troopers and German citizens destroyed every synagogue and Jewish business they could find, murdering at least 91 people and rounding up 30,000 Jewish men to ship to concentration camps.

Before the two-day pogrom—called Kristallnacht, for the broken glass that littered streets after the destruction—Nazi Germany’s anti-Semitic policies were not overtly violent, and so other nations had left the regime alone as it slowly built its case against Jews’ humanity.

But Kristallnacht did not come out of nowhere, even though it seemed to. Everyday Germans and the rest of the world simply didn’t resist early or often enough as authoritarianism crept in—a lesson that the 1938Projekt, a new initiative from the Leo Baeck Institute, seeks to highlight as the 80th anniversary of the atrocity approaches.

"Our mandate was to figure out how to use a historic moment and create a narrative, [so that] people are get excited and interested in the documents that tell this story, said Maya Kopytman, a partner at creative studio C&G Partners who led the project. "We wanted to draw a parallel between things that happened 80 years ago and things that could happen today."

"1938 Projekt: Posts from the Past" is an online calendar that posts one archival document daily—with the same date that year as the day it’s posted in 2018—illustrating how everyday Jews were experiencing the parallel rise of fascism and erosion of their rights. Posts are drawn from the millions-deep archives at LBI, which Kopytman described as "a stealthy, under-the-radar, nobody really knows about them" organization, despite their ongoing research and archival work on German Jewry dating back to the Middle Ages. "They want to make the world aware of their archives and the fact that they have these amazing documents," she said. 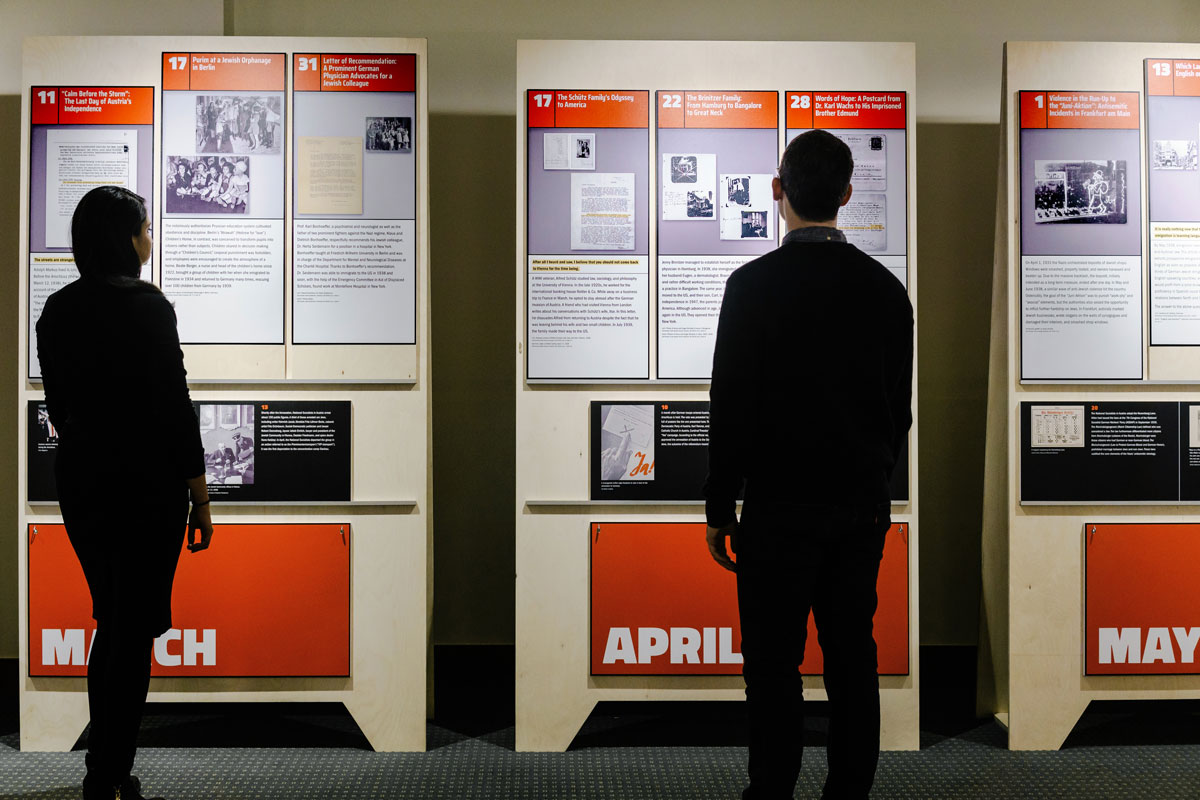 Posts for the Projekt span diary entries, medical records, newspaper listings, photographs and more. When documents are in German, the post includes a translation of a particularly salient part. Each entry is optimized for social sharing, and documents are selected with narrative-building in mind. "These people are reassuring each other, talking about how things will get better, but you already know what’s going to happen," she said. "Seeing the progression of that year is like watching a thriller. It’s a very engaging effect."

C&G, which has worked previously with LBI, was tasked with creating a home for these documents that communicated both their individual significance and how they fit into the larger story of Germany’s move toward genocide. Since widespread sharing and awareness of this lesser-known but pivotal event is a main goal of the Projekt, C&G pushed for a strong social element to the campaign. "[LBI] are academics and librarians, so they think about these things in terms of how interesting they would be in a dissertation," Kopytman said. "We are thinking about how to present it to the masses." 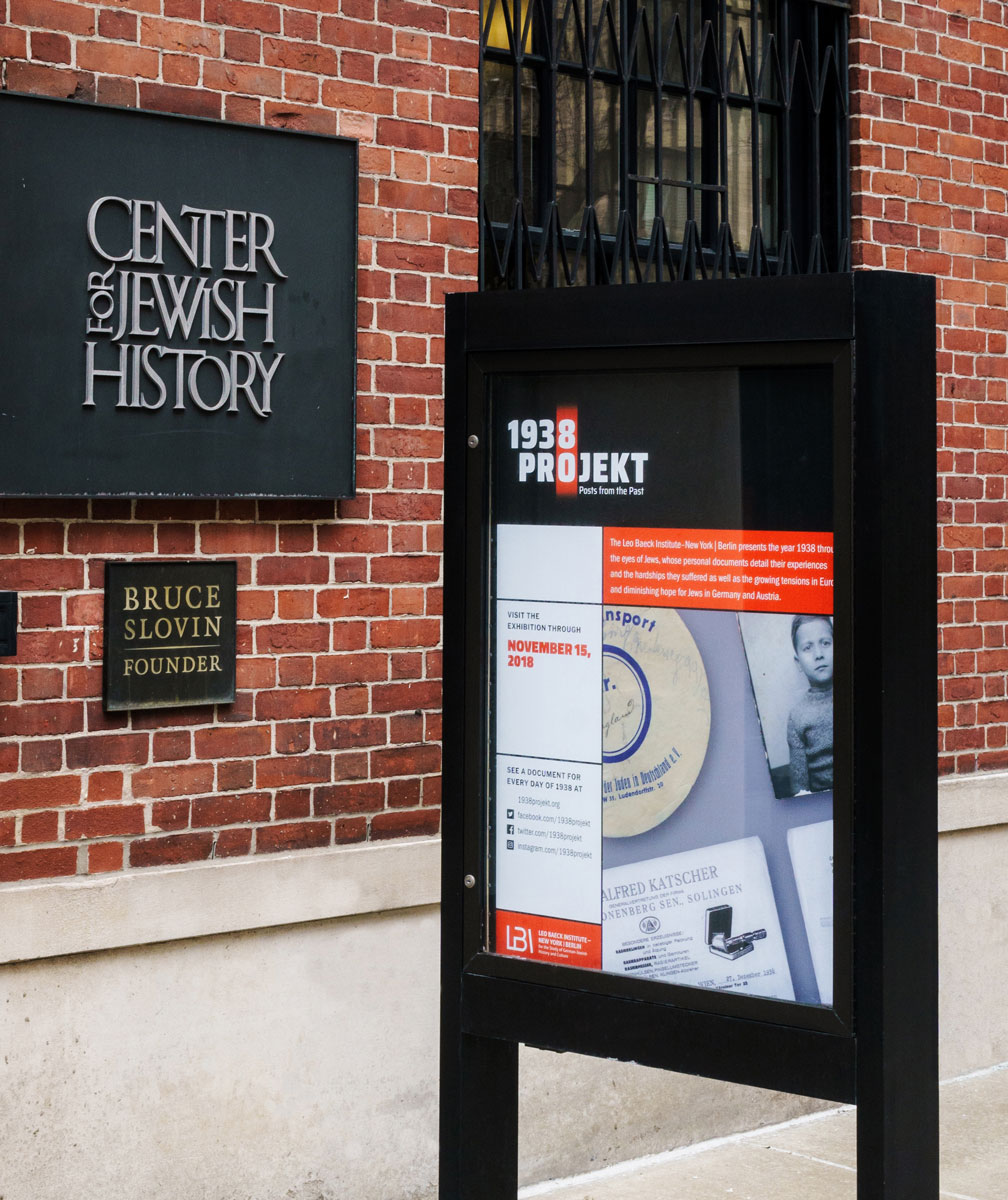 Visual design was a particularly crucial element of the execution. A bold, sleek, geometric layout reinforces the calendar framework while referencing Bauhaus and Constructivist design sensibilities contemporary to the Projekt’s posts. But just as importantly, modernism also looks contemporary and familiar in 2018. "People will look at the site and see it’s about the 1930s, but the geometric, modular design is also very relevant and modern," said Kopytman. "It looks very fresh today."

For Kopytman, who grew up under authoritarianism in the Soviet Union in a Jewish family affected by the Holocaust, the project is also personal. And for her, that makes the warnings it offers all the more urgent. "We become numb to very slow, incremental changes to our freedoms, wherever we are," she said. "A decline in freedom can take place without resistance, and I think that’s very relevant to today."

Mitsubishi makes US POW apology: Will other firms follow suit?