The fundamentals of influence and aspiration are shifting, demanding that brands look beyond the power of individual influencers, writes Nicola Kemp.

Reality-TV star-turned-fashion and beauty entrepreneur Kylie Jenner has the most-viewed account on Snapchat and is among the top ten influencers on Instagram, with more than 60 million followers.

When she appeared in Time magazine’s "30 most influential teens of 2015" list, alongside Nobel-prize-winning education activist Malala Yousafzai, she declared: "Everything I do, I always start these huge trends." It is a theme she expanded on in an interview with Marie Claire, sparking a social-media backlash after apparently taking credit for "starting wigs". She told the magazine: "I just do whatever I want to do, and people will follow."

Welcome to the age of influence, where your story, while not necessarily grounded in truth, must fit the dimensions of an iPhone picture or be condensed into an emoji. Where your influence will not be discriminated against on the grounds of celebrity, status, or the apparent worthiness – or perceived banality – of your cause.

It would be all too easy to dismiss Jenner, to baulk at the apparent tension between the influence wielded by the reality-TV star and that of activist Yousafzai. Yet both encapsulate the scope and sheer unpredictability of the complex ecosystem of influence in the social-media age. It is an un-predictability that has left brands scrambling to decipher how to understand and harness its power. 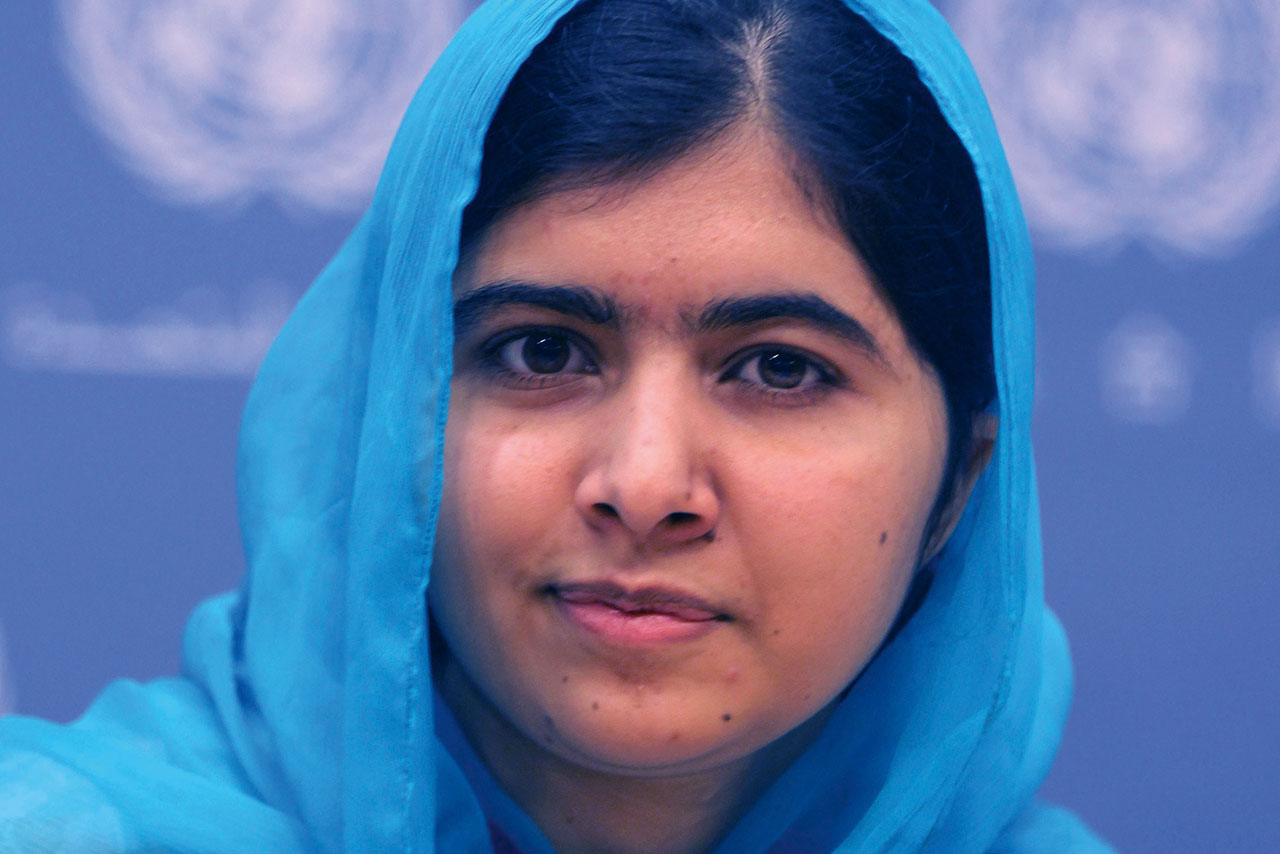 Tham Khai Meng, worldwide chief creative officer and chairman of Ogilvy & Mather, believes there is a new model of influence, of celebrity and fame. "It isn’t a monolithic, corporate-driven system any more," he explains. "It is more grass-roots, community-generated, lo-fi and democratised. Everyone has a say."

But while social marketing has been quick to adopt the language of the personal – of conversations, connections and sharing –  the harsh reality of an environment in which everyone has a say is that there is a distinct risk of no-one being heard. In this ego-fuelled setting, meaningful influence has become something of an enigma.

Lucie Greene, worldwide director of the Innovation Group, a J Walter Thompson company, says that the explosion in user-generated content and the advent of Generation Z (12- to 19-year-olds) are the two biggest forces affecting the rise of influence on the agenda.

"Most of the biggest influencers now are from Generation Z," she adds. "Where millennials may have been content with reality-TV stars like Kim Kardashian, Generation Zs want to see themselves in the picture. They are not passively consuming content, or shopping based on ads."

Indeed, this desire for the real, the sometimes brutally honest and the authentic is driving a big change in influencer marketing. This has major implications for marketers who have honed their brand strategies on aiming to inspire consumers through aspirational figures and messages.

Caroline Whaley, the former global marketing director of Nike and co-founder of women’s leadership consultancy Shine4Women, believes that this emphasis on realism is particularly relevant when trying to connect with women.

"We found that athletes like Paula Radcliffe did not act as an inspiration," she says. "Women talk about their mums and their sisters, and that’s how you drive energy. Real stories work – let’s not airbrush everyone."

Fashion retailer and publisher Net-a-Porter has also adopted this mantra of authenticity to drive influence. However, this has not meant sacrificing its glossy, high-fashion aesthetic. Lucy Yeomans, global content director at Net-a-Porter, and editor-in-chief of the company’s Porter magazine, argues that trusted brands continue to inspire because they know who their audience is and speak directly to it.

"If a woman is looking for the perfect little black dress, for instance, there are countless outlets she could turn to," she says. "But she comes to Porter because she trusts what our editors have to say. If you feel that a brand represents and inspires you, you trust it implicitly." 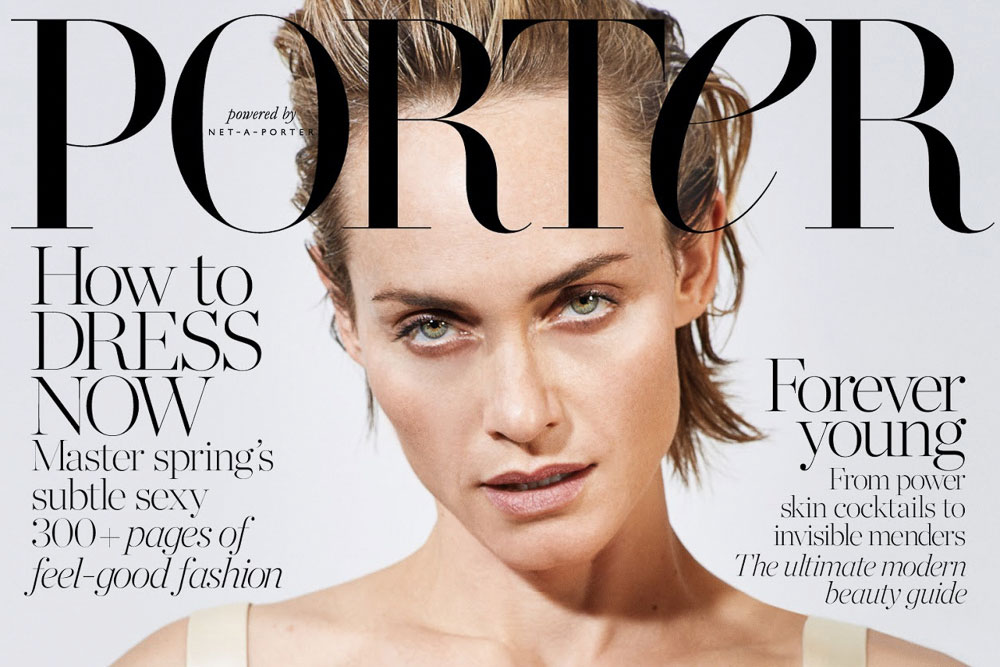 Yeomans contends that while celebrity is still important, authenticity is key.

"When a Porter cover star, who tends to be an authentic woman – without teams managing her social media – posts our cover, she is personally endorsing the shoot," she adds. "She’s not obliged to do so – it is purely a matter of choice. And to her legion of fans, that offers a stronger validation of the magazine than the fact she has chosen to do the shoot in the first place."

As the growing circulation of Porter underlines, adapting to this shift is not just about social media. All too often the industry has been guilty of confusing building social influence with simply investing adspend in social platforms.

Global social-media inflation, the fact that both users of and time spent on social networks online has risen dramatically, has created a false economy of metrics, which can point to success, when the reality is anything but.

This is not to say that this growth hasn’t delivered more platforms to brands, providing them with more ways to influence consumers.

"If marketers are going to capitalise on their audience, they need to look at where their influencers are, and the social channels follow," Simon Ward, director at creative agency group MSQ Partners, explains. "Video is the most powerful platform for influencer marketing, and YouTube has all the classics, from people unboxing products to make-up tutorials," he adds. "It lets people post videos that can be hosted free. It is so obviously the king of influencer marketing."

The influencer ecosystem has changed dramatically, but it’s the fundamental human connections, emotions, events and real-world experiences that still drive engagement and influence for brands.

However, how brands maximise the impact of sponsoring global events to build social influence is changing fast.

Sharon Walsh, marketing director at Heineken Ireland, believes that, in line with this, the industry has moved beyond traditional nudge theories.

The brewer and its creative agency, Rothko, recently invested in creating a bespoke global online platform for rugby fans. Heineken is one of a growing number of brands trying to build not just a customer base, but a community of influence.

This social influence is not constructed in isolation, and Walsh emphasises the fact that traditional marketing played a key role in announcing, educating and establishing its initial Heineken Rugby Club community. The brand’s success lies in the wider community embracing the idea, engaging and sharing it. "It is a brave move for any brand to allow consumers in, to curate and lead the way for you," Walsh adds.

While the incantation that authenticity is key travels across the globe, there are significant nuances in local markets.

The UK advertising industry ties itself up in knots attacking vloggers for not flagging up commercial endorsements clearly enough, but in less-regulated markets consumers are more open to such tie-ups.

By contrast, in the US not only have vloggers become multimillion-dollar brands in their own right, but consumers do not view commercial success and authenticity as mutually exclusive.

Globally, influence continues to transcend the power of individual celebrities and vloggers, and the growing power of the emoji threatens to outdo any single influencer.

Nathan Baker, associate account director, China, at We Are Social, says working with Chinese internet company Tencent to get a brand’s virtual stickers featured on its platforms can be expensive, so some have been taking a more grass-roots approach. Nike, for example, created a range of Kobe Bryant stickers to celebrate the basketball star’s retirement from the NBA.

However, this has created a new set of challenges. "As stickers and animated GIFs are shared in the closed-off realm of ‘dark social’ [sharing that can’t be tracked via analytics, such as via email or messaging apps], we can’t track the amount of shares they get," says Baker. "This can leave brands feeling wary of investing in them, but understanding human dynamics in chat apps means knowing that a lot goes on behind closed doors. If your stickers look good and express emotion in a fun and entertaining way, they’re bound to be shared by users who come across them."

The rise of the anti-blogger

As boundaries between the personal and private, real, airbrushed and imagined blur further, the age of influence has reached an inflection point.

Ironically, the commercial success of the first wave of vloggers places them at risk of embodying the ideals of the highly edited, commercially oriented, traditional media channels they once threatened to usurp. Yet this either/or argument misses the fundamentals of the diverse, contradictory and cross-pollinating ecosystem.

For we are in the middle of a key attitudinal shift among Generation Z; one that straddles idealism, a desire for inclusion, world change and diversity, and being highly critical and cynical, especially when it comes to brands. All of which spells challenges for the ad industry.

As Greene explains: "In contrast to millennial audiences who have been happy to see their favourite influencers fronting brand campaigns in conventional ways, Generation Z has a more complex relationship with the perceived commercialisation of their most-beloved influencers. They can’t be seen to be biased or overtly endorsing something, or risk alienating their audience."

While the media industry is collectively enthralled and appalled by the phenomenal success of individual vloggers and social-media mega-moguls, the broader shift in consumer behaviour has been ignored.

As Tham observes, the fundamentals of influence have now changed in that it is distributed and community-based, instead of focused on the individuals.

He explains: "Storytelling is no longer an individual act. The audience is involved in the co-creation of the story."

The narrative of this new age of influence may be unpredictable, but if brands fail to successfully adapt to it, their stories may well remain unheard.

Xenia Tchoumi: how to influence the influencers

Lessons from people who have crossed the agency-client divide