The second summer of love simply wasn't to be, according to experience experts

Ah, the heady summer of 2019. It promised peace, love and a revival of one of the greatest festivals known to America.

The announcement of an event to mark the 50th anniversary of Woodstock was greeted with unabashed enthusiasm from the music and festival industries, and the spotlight first fell on the historic site of the 1969 festival, Bethel Woods, where Live Nation and Invnt were set to create a commemorative music and culture festival.

Just eight weeks later came the announcement from the original event founder Michael Lang that Woodstock 50 would take place in Watkins Glen in New York. So 2019 had not one but two throwback-to-summer-of-’69 events, with one returning to the festival’s original grounds, one bearing the original name and both making a play for the hearts and purse strings of experience-savvy consumers.

By the end of February 2019 came the news that Invnt was no longer involved in Bethel Woods Music and Culture Festival. Woodstock 50, however, gathered pace in March with more than 70 artists including Jay-Z, Chance the Rapper and original 1969 act Santana on the line-up. But just one month later, capacity concerns raised by production company Superfly emerged and then cancellation rumours ran rife, as Dentsu Aegis Network’s Amplifi Live ceased investment, citing "production milestones" that had been missed.

Organisers remained upbeat about hosting the event, but with each venue change, each ticket release postponement and permits not secured, the sparkle had started to fade and hopes of a second Woodstock were ultimately bound to fail, making the confirmation of Woodstock 50's cancellation, just 16 days before the intended date, somewhat inevitable.

Meanwhile, back at Bethel Woods, the celebrations will commence next weekend, albeit minus one organising party, Invnt. The agency filed a legal complaint in July against Live Nation and the host venue, Bethel Woods Center for the Arts.

Admittedly the original Woodstock, despite its ethos of peace and love, was hardly devoid of organisational issues with crowds and lastminute decisions around ticketing, but when it came to resurrecting the festival in such a competitive summer of experiences, some challenges were clearly insurmountable. 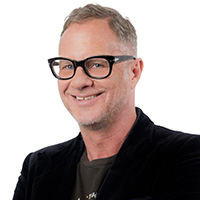 "Unlike the Woodstock 50 Festival that Woodstock Ventures and Dentsu Aegis were planning, the Bethel Woods Music and Culture Festival is not cancelled. Next weekend a celebration of the golden anniversary of the 1969 Woodstock festival will be taking place at Bethel Woods Center for the Arts, the hallowed grounds and original site of Woodstock 1969.

Ever since our festival was announced it was publicly labelled a competitor to the Woodstock 50 event, but this was never really the case. Our intention was always to celebrate what is arguably the greatest festival of all time, at Bethel Woods, for a pan-generational audience, through music performances spanning decades and genres, informative, forward-thinking talks and retrospective exhibits. Meanwhile, Woodstock 50 was being designed to replicate what Michael Lang and his team had created 50 years ago. During its planning and execution stages, the Bethel Woods Festival scaled down a bit but it remains an important cultural experience.

With Invnt’s departure, the Bethel Woods festival is wrapped up in litigation. We are saddened to be commemorating this historic moment with legal filings instead of a weekend-long celebration created especially for the fans, the artists and for music history, as we had originally intended." 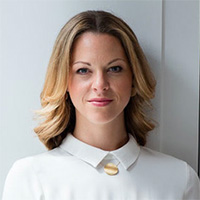 "It’s no Fyre Festival but the litany of mistakes and missteps made by Michael Lang, and the organisers of Woodstock 50, presents a stark and sobering reminder that we’re not in Kansas (or Woodstock) any more.

I admire what Lang set out to achieve and as the co-founder of the original event, if anyone could recreate that momentous, history-defining festival, he’d be the man for the job. Except everything has changed – the social, political and live music landscape – so much that perhaps trying to faithfully stay true to the principles of the first event of free spirit and independence was where he went so wrong.

Organising a festival of this scale, in this new world – where live music revenues are holding up the entire music industry and mass violence in physical spaces is a very real threat – requires a monumental investment of people, time and money. Just ask Live Nation or AEG. Festivals lose money, certainly in the first couple of years, which is why it’s increasingly only the live music behemoths that can afford to take the position, or short-term hit, that the ends justify the means.

Perhaps instead of misguidedly attempting to bypass the promoters and experts in this space to maintain independence and commercial control, Lang should have focused on the potential outcome and impact that Woodstock 50 could have.

Love and peace were at the heart of the original Woodstock. In an increasingly conflicted, fragmented and divided world, we could all do with being reminded of these values. Surely the opportunity for Woodstock 50 was to unite music fans around the world through one single cause, and to inspire positive action and change. This would have been the ultimate tribute to Woodstock 1969 and the summer of love." 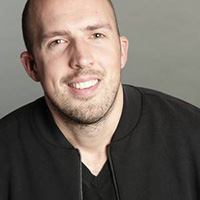 "In the typical relationship between music festivals and loyal fans, the event’s roots of authenticity may not be overtly celebrated front and centre to the ticket purchasers, but those roots serve as a good indicator of the festival’s viability – both from cultural relevance and business standpoints.

Festival organisers need to be acutely aware of the equity they have in their partnerships with their local communities. They must appeal to evolving audiences and their role in the overall pop culture zeitgeist to understand how to strengthen their roots and support the production of the festival year after year, or work even harder to establish authentic roots when there is an absence altogether – whether it be from being a first-time festival, poor relationships with local community leaders or a musical line-up that does not resonate with current demand.

Festivals with shallow roots of authenticity are quickly revealed when unforeseen obstacles come up. Even though a festival like Woodstock represents an important and iconic time in history, Woodstock 50’s stark absence of authentic purpose to exist right now is now an example of how difficult it is to create a meaningful and operationally viable multi-day festival when authenticity is surface level only.

When it’s apparent that a festival doesn’t have the deep roots of support necessary – losing a foothold on its operating logistics or a weakening connection to its most loyal fans – it might be an indication that the time has come to forgo or reimagine the operation down the road." 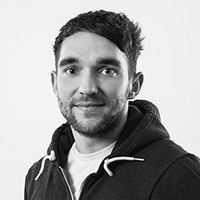 "In the glitz, mud and glitter of the world’s most iconic festivals, it’s easy to forget that their beginnings were often much more humble and far less sparkly.

Glastonbury started with a £1 entry fee, Burning Man evolved from an annual bonfire on Baker Beach between friends and Tomorrowland was so small at inception that no official camping was available. But what elevates these festivals to an enviable position of almost unrivalled cultural status, powered by a global army of free-spirited, bare-footed and often hedonistic pilgrims?

Is it an initial creative vision, production expertise and on-the-pulse programming? Financial backing and a lot of hard graft? Sure, these things play a part, but it’s something far less visible that really steals the show. Often slowly, with an identity forged, a message formed and intrigue sparked, something just happens.

It’s hard to pinpoint how, but an invisible spark ignites, engulfing the populace in its multi-coloured, fiery glow and legendary status attained almost by accident. Woodstock is the perfect illustration of this. While originally planned as a ticketed event, when the huge crowds began to arrive, the decision to open the gates was made. It was a decision would change music forever. Headline talent was democratised to the masses, to the tune of 400,000 people in a farm near a town about the size of Bagshot.

The rest is history. And that’s maybe why news of Woodstock 50’s far less illustrious consignment to the history books wasn’t that much of a surprise. The specific details of its demise remain murky but in many ways it was always doomed to fail.

The hugely ambitious project sought to recreate history and rebirth a legend, billed as a moment that would "recapture the freewheeling spirit of the great 1969 event", but it’s hard to tell a pleasure-seeking resurrection tale that’s financed by big business with tickets set at up to $450."

Next, Utilita and Kind among brand line-up at Camp Bestival