Budgets may have been the main issue in the spotlight, but a good few brands still managed to mess up in spectacular style in 2011, writes Nicola Clark.

In an era when budgets are facing intense scrutiny, risk-taking has fallen out of fashion. However, while marketers and agencies are at pains to underline the value of marketing to the bottom line, the past 12 months have been littered with marketing mishaps. Here are a few of the worst.

1. ADVERTISERS HELP CLOSE THE NEWS OF THE WORLD 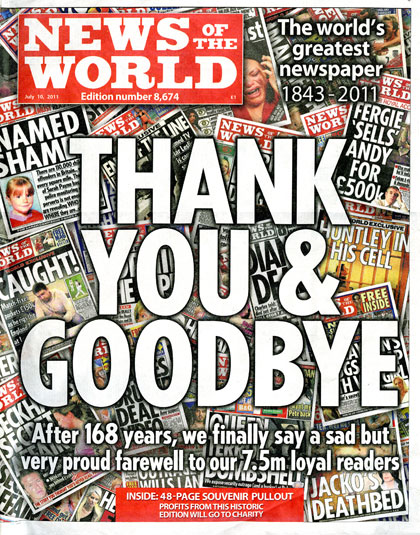 This was the year when journalism replaced banking as the nation's most-hated profession.

A story that began on the sidelines, with allegations that celebrities such as Sienna Miller were the victims of phone-hacking, escalated quickly. When it was alleged that the phones of murdered schoolgirl Milly Dowler, relatives of deceased British soldiers and victims of the 7/7 London bombings were hacked, News International faced an outcry.

Brands, too, got in on the act, and a wave of advertiser boycotts contributed to the closure of the News of the World on 10 July, marking the end of 168 years of publication. The story shows little sign of running out of steam, with the FBI launching an investigation to determine whether News Corporation accessed voicemails of victims of the 9/11 attacks.

'Come friendly bombs and fall on Slough' - an apt sentiment for millions of BlackBerry users in Europe, the Middle East and Africa who were affected by server problems in the town. For BlackBerry, a brand that has been built on an image of tight security and reliable service, the effect was significant. While Research In Motion (RIM), the company behind BlackBerry, rolled out a TV campaign extolling the virtues of its new generation of smartphones, Twitter was awash with outpourings of rage from disaffected users who were threatening to ditch their BlackBerry altogether, after enduring days of being unable to access the net and BlackBerry Messenger via their handsets. However, it was not all bad news: plenty of executives were left to ponder their renewed ability to get things done when freed from the tyranny of instant messaging.

FIFA, which has been embroiled in the worst corruption scandal in its 107-year history, sank to new lows in November when its embattled president Sepp Blatter denied that there was racism in football. He claimed that racial incidents could be settled by a handshake. Rio Ferdinand, the England and Manchester United footballer and an anti-racism campaigner, said the comments spoke volumes about Blatter's ignorance of the subject. The football community's dismay spilled over to official sponsors, and airline Emirates felt compelled to release a statement saying that it 'completely abhors racism' and supports efforts to abolish 'all forms of discrimination in football'.

Blatter, who apologised and said that his remark was misunderstood, is no stranger to controversy: he has previously argued that female footballers should wear skimpier kits to increase the popularity of the women's version of the sport. Amid growing concerns that FIFA is tarnishing the beautiful game, a British parliamentary committee has demanded that FIFA launches an independent investigation into its decision to award the 2018 and 2022 World Cups to Russia and Qatar. 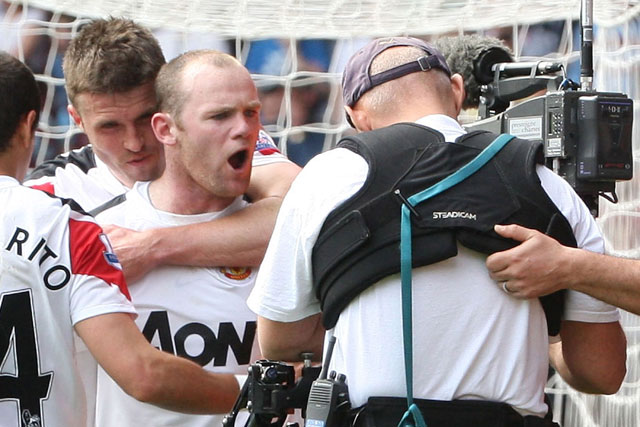 From allegedly cheating on his pregnant wife with a prostitute to swearing into a camera during a 4-2 win against West Ham, Wayne Rooney has been in the spotlight for all the wrong reasons. It was therefore of little surprise when the star striker's long-term relationship with Coca-Cola lost its fizz. Rooney, who has promoted Coke Zero since 2007, had his image removed from the brand's cans and bottles following revelations of his affair. He has said that the termination had nothing to do with the controversies that have dogged him this season. Instead, pointing to the Olympics, he claimed that the soft-drink giant wanted more of his time to do commercial appearances, and the deal ended at the end of last season.

5. BA FALLS OUT OF ROYAL FAVOUR

We've all been there: settled in, scrutinised the in-flight magazine and decided which film to watch, only to be told that the in-flight entertainment system is kaput. The Duke and Duchess of Cambridge proved that even royalty is not immune to such annoyances when they had the same experience on a BA flight. The pair were offered £200 compensation after they were left without entertainment during a 10-hour transatlantic flight, and BA was left with a PR headache. 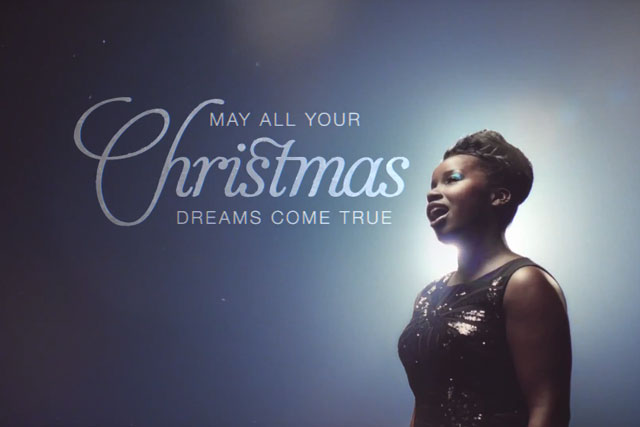 Marks & Spencer may have been left wishing that it had held on to clean-cut Danni Minogue, after being forced to airbrush controversial X Factor contestant Frankie Cocozza out of its Christmas TV ad. His removal followed allegations in tabloid newspapers claiming that he was ditched from the show after using the £3000 he reportedly earned from appearing in the spot to pay for drink and drugs.

The England rugby union team's trip to New Zealand was overshadowed by a succession of off-field incidents. England vice-captain and royal husband Mike Tindall was fined £25,000 for his role in a high-profile binge-drinking session.

Tindall, who married the Queen's granddaughter Zara Phillips in July, garnered reams of negative press coverage after downing cut-price shots at a 'dwarf-tossing' competition, while, in the words of the Daily Mail, 'drunkenly cavorting with a glamorous former girlfriend'.

James Haskell and Chris Ashton were also reprimanded, and Manu Tuilagi was fined for jumping off a ferry in Auckland harbour. Unfortunately for England, the excitement generated in New Zealand was not matched on the pitch, where the French delivered a stinging defeat to the lacklustre team. Subsequent leaked reports on divisions within the squad suggested there was something rotten at the heart of England, presenting something of a headache to the Rugby Football Union in advance of the 2015 Rugby World Cup's arrival on UK shores.

If there were an 'unlike' button for Facebook's ethics, chances are the social network would have racked up plenty of hits in May when its move to hire Burson-Marsteller hit the headlines. It emerged that the US company had been rumbled after being hired by Facebook to pitch anti-Google stories to the media.

For brands that need a warning of how important it is to understand consumer sentiment in the current economic climate, Littlewoods' catastrophe of a Christmas ad campaign was a salient one. The ad, which featured a twist on a nativity play in which children sing and rap about presents bought by their mothers, drew 456 complaints to the ASA in November. Despite the gripes that the ad suggested Santa doesn't exist, the ASA said it won't be investigating. Hundreds of consumers also attacked the ad on social-media sites, saying that it was inappropriate, given the economic climate. 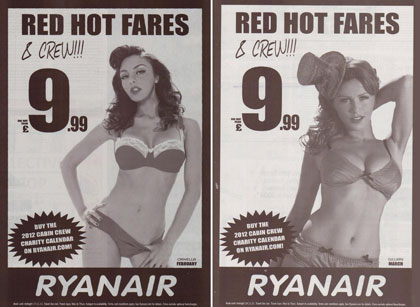 In July, Ryanair performed the biggest marketing U-turn of the year when it unveiled plans for its first 'green' marketing campaign, to highlight its 'low-emissions' credentials. The move marked a shift of strategy for the airline; its chief executive, Michael O'Leary, had previously labelled global warming 'horseshit'. In 2005, he said: 'The problem with the airline business is that it is mostly run by a bunch of spineless nincompoops, who actually don't want to stand up to the environmentalists and call them the lying wankers that they are.' O'Leary later denied any green plans, saying they would 'never' materialise.

Marketing's Adwatch of the Year 2011