Target and Walgreens have done some serious heavy lifting, according to COMvergence study.

Retailers have been the most represented category when it comes to creative reviews in the first half of this year, new research by COMvergence has found.

The sector, which makes up an estimated $1B in media spend, has seen eight brands go out for review or shift its business: Target, Walgreens, Kroger, Belk, 1-800 Contacts, Signet Jewelers, ShopRite and Save-A-Lot.

"Retailers represent one third of the volume of moves/reviews during the first half of the year," said Olivier Gauthier, founder and CEO at COMvergence. "Target and Walgreens were the two largest in the category. During the same period last year, food and/or restaurants were the leading categories."

The second highest spending category by volume is automotive, with five brands and nearly $400M in media spend. The brands include Audi, Electrify America, Harley Davidson, Autotrader and CarMax.

A total of 70 creative assignments were recorded during half one of 2019 in the U.S. That involved 66 advertisers including Facebook which allocated five of its brands to five different agencies. Meanwhile Coors Light awarded work to two shops, as did Walgreens. 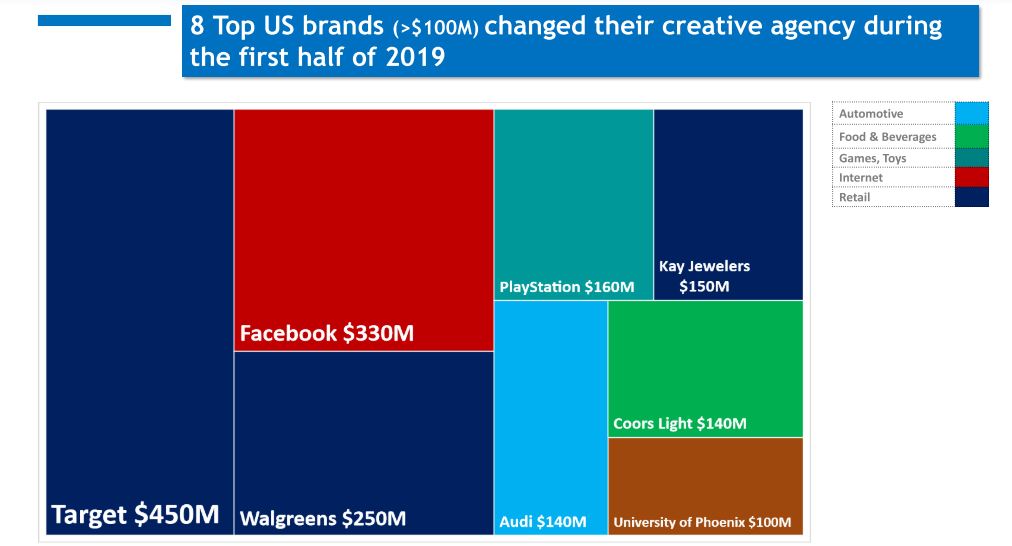 Among the 70 major reviews, 12 agencies won 75 percent of the total media spend represented by advertisers.

The research indicated that independent shops are continuing to weather the adland storm perhaps better than most.

With $450M in new business billings from Wrangler and Target, Mother is at the top of the indy chart. Wieden+Kennedy follows with the retention of the $300M Facebook main brand business (incumbent on other brands), then Endeavor (Audi partly), and Barkley (Planet Fitness).

At the holding company level, Omnicom’s agencies earned a quarter of the total media volume reviewed. 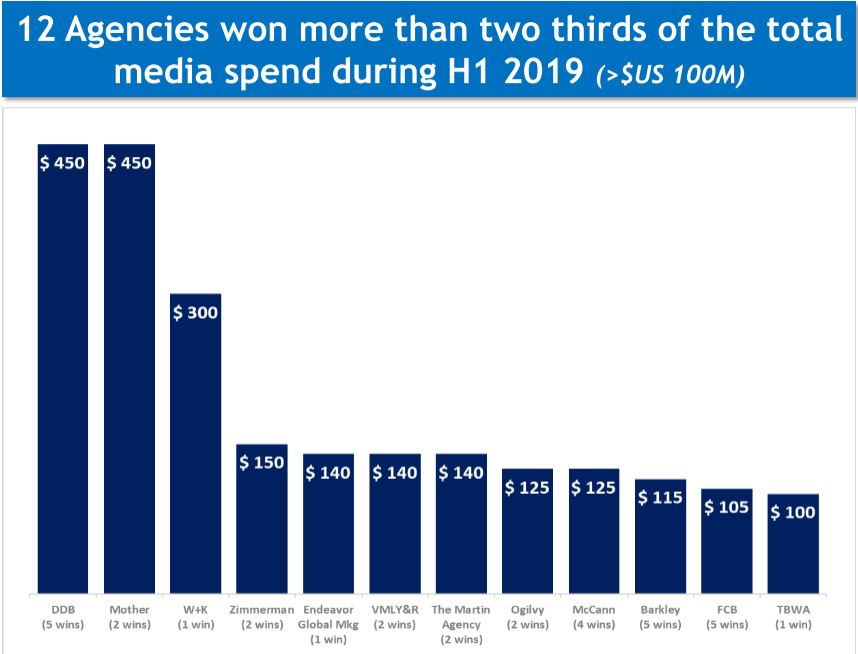 Gauthier added: "This is the first time COMvergence reviewed and included the media spend (according to Nielsen) of creative moves/retentions. Thus, our ratings/rankings are not based solely on number of wins, but rather a combination of volume and number.

"However, unlike media agencies, the spend figures do not represent financial gains/losses for the creative agency. And when assessing wins, we only consider accounts with a minimum media budget of $5M."

WE study: Consumers are ready to keep brands in check