Renault is launching its Trafic utility vehicle with a Knight Rider-themed brand campaign.

The social media agency We Are Social created the content-led push and will implement it across 15 markets, including the UK, France and Germany.

Launching today, the film focuses on Trafic’s target market of tradesmen, making an "everyday hero" out of a fictional character called Michael Craftsman, in a nod to the original TV character Michael Knight played by David Hasselhoff.

Caroline Méchaï, the director of global advertising and media at Renault, said: "This is an unprecedented initiative for a Renault LCV. The intention is to give Trafic a more dynamic image and reach out to a broader audience than just business users."

We Are Social created a microsite which hosts the launch content, including video teasers, online banners, backstage pictures and GIFs.

Sandrine Plasseraud, the managing director at We Are Social France, which has expanded its work with Renault France to include the car marque globally, said: "This campaign has allowed us to demonstrate our creativity and innovation in social thinking and high-end content production." 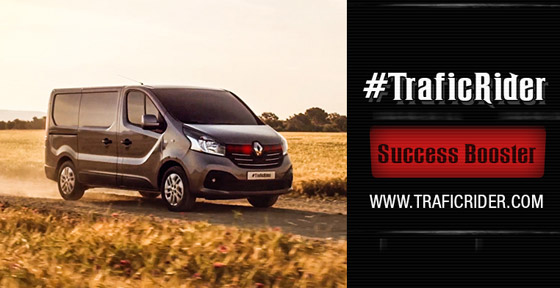 We Are Social hires creatives behind Monarch's Oculus Rift campaign