Anti-domestic abuse charity Refuge has partnered Cosmopolitan on a campaign urging the government to make threatening to share explicit images of others an illegal offence.

Created by Abbott Mead Vickers BBDO with inspiration from real messages received by domestic abuse victims, “The naked threat” uses a range of fonts to create a menacing message, which reads: “If you leave me I’ll send the kids a photo of mummy they’ll never forget.”

Another piece of work warns: "Do as I say or I'll show your parents what a little slut you are."

Launched yesterday (24 September) via Cosmopolitan’s Instagram Stories alongside testimony from domestic abuse survivor Natasha Saunders (pictured below, right) – whose ex-husband is serving a 12-year jail sentence – the work was created by Jack Smedley and George Hackforth-Jones.

Love Island’s Zara McDermott (pictured below, left), who was herself a victim of image-based abuse, will also be taking a mobile billboard featuring the campaign to the Houses of Parliament. 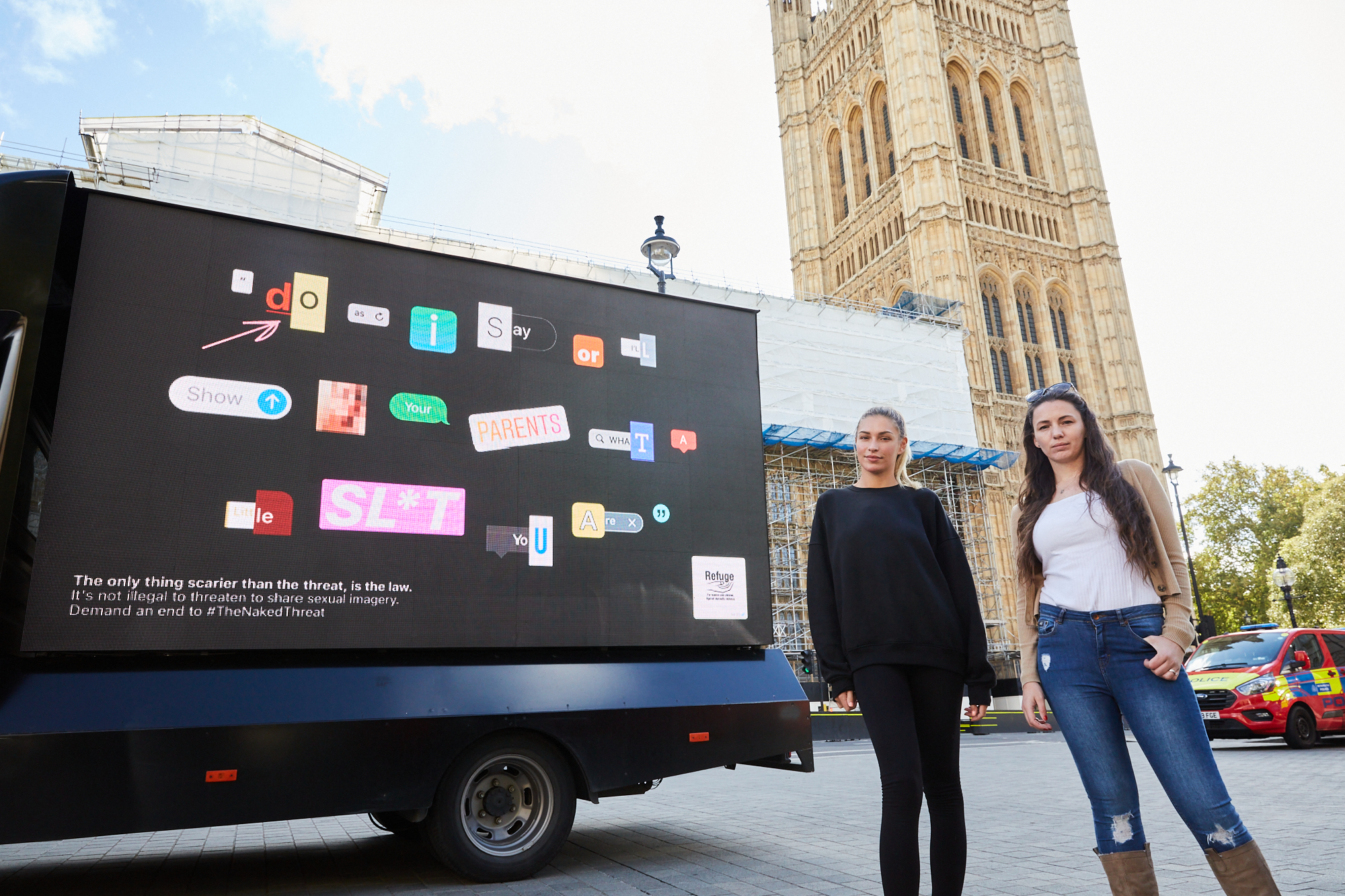 Research from Refuge found that 83% of women who have experienced threats to share sexually explicit photos said their mental health and wellbeing suffered as a result.

“AMV BBDO’s idea to draw comparisons with traditional ransom notes really brings home the idea that the law must change, and we’re calling on the government to act now and help protect women and girls from this form of ever-increasing pernicious abuse,” Lisa King, director of communications and external relations at Refuge, said.

Creatives Smedley and Hackforth-Jones, added: “We hope that in sharing these stories through the lens of a modern-day ransom note we can convey the urgency of the issue in a context that’s both surprising and relevant.

“We’re proud of partnering with Refuge once again and feel privileged to be working on something that could make a tangible difference to the many women experiencing this every day in the UK.”

At the beginning of March Refuge launched a campaign which involved high-profile women, including Lorraine Kelly, Miranda Hart, Little Mix and Emeli Sandé, changing their names on Twitter to the helpline’s number (0808 2000 247).